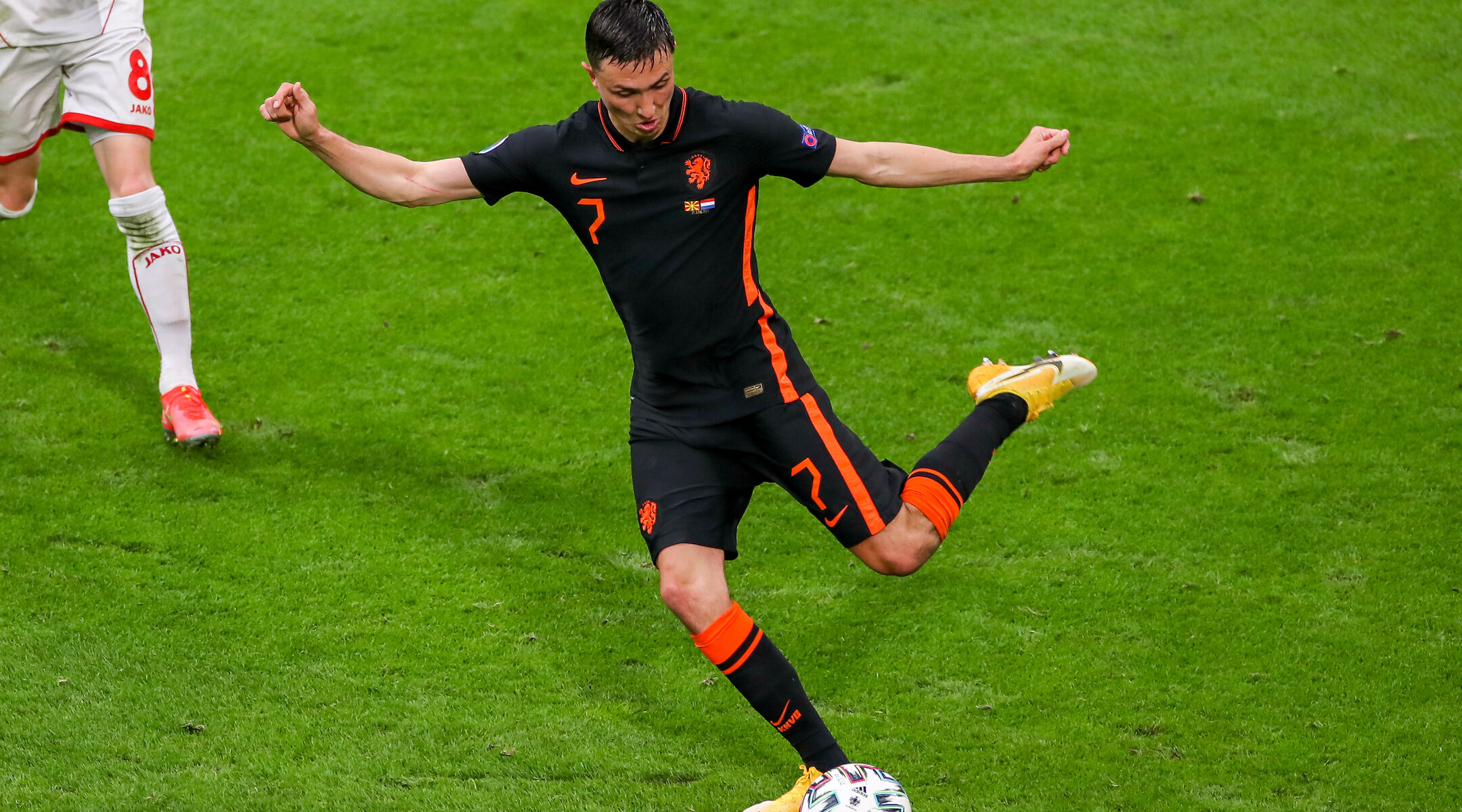 Steven Berghuis of the Netherlands in a match against North Macedonia at the Johan Cruijff Arena in Amsterdam, June 21, 2021. (Marcel ter Bals/BSR Agency/Getty Images)
Advertisement

(JTA) — After a Dutch soccer star left his team to sign with its rival Ajax, a team with many fans that affectionately call themselves “Jews,” he was drawn into an antisemitic mural in Rotterdam.

The mural, which appeared after 29-year-old soccer player Steven Berghuis signed with Ajax on Monday, contained the text “Jews always run away” and included a portrait of Berghuis with an enlarged nose, a kippah and a concentration camp prison shirt with a yellow Jewish star of the kind Nazis forced Jews to wear.

Ajax’s fanbase has had a high percentage of Jews for decades, and fans often fly Israeli flags at matches. Fans of opposing teams have sometimes chanted antisemitic and otherwise offensive slogans at Ajax players and supporters.

Berghuis, who also plays for the Dutch national team, left Feyenoord to join Ajax. The two clubs are two of the country’s most storied franchises, and bitter rivals.

The mural was removed a few hours after it was put up, and the antisemitic act was condemned by both teams and by local authorities.

The Israeli Information and Documentation Center, or CIDI, an organization combating antisemitism in the Netherlands said that it had filed a police complaint. There was a “good chance” the culprit would be caught thanks to nearby closed-circuit cameras, CIDI said, according to The Algemeiner.