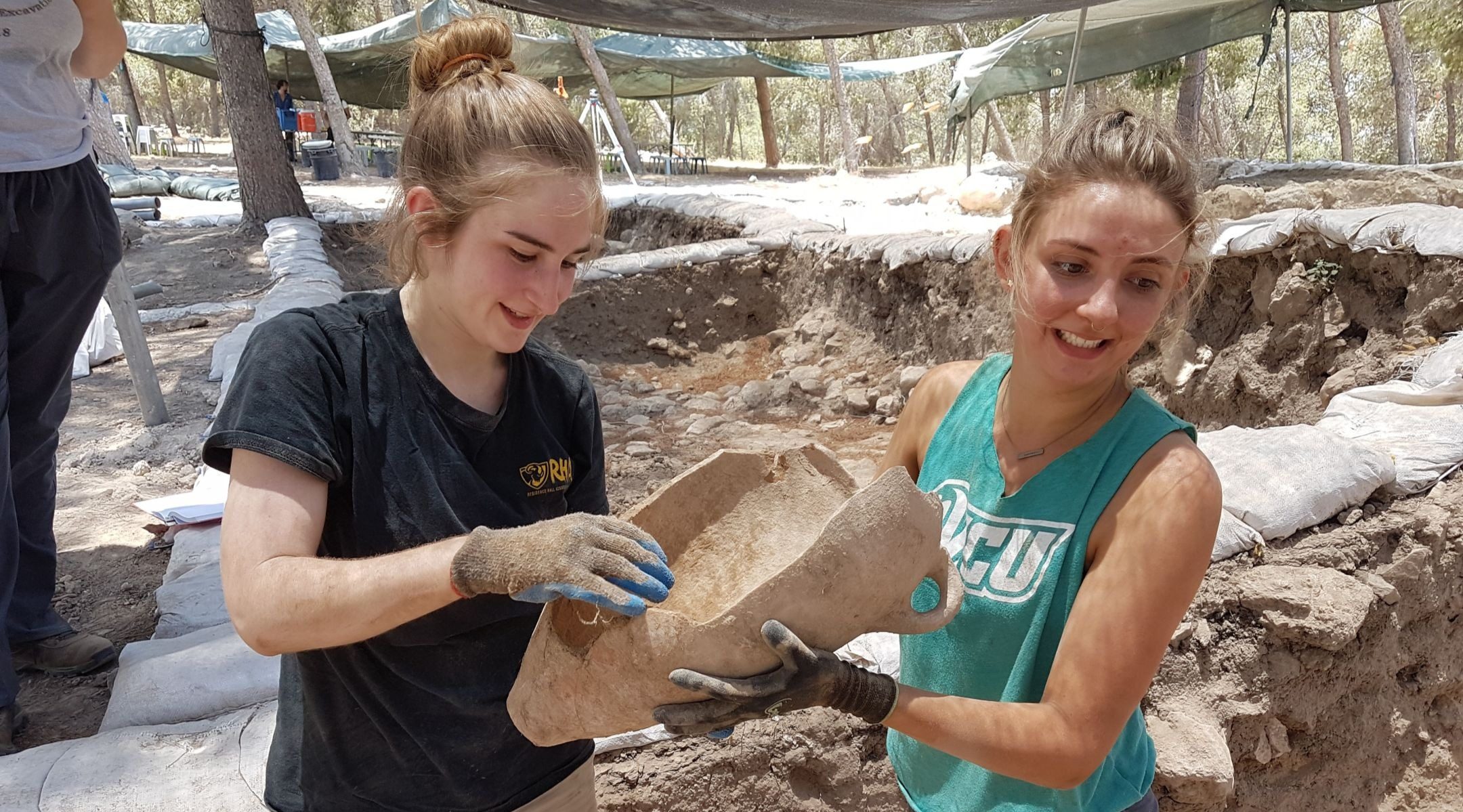 Students at the Khirbet a-Ra‘i excavation site, believed to be the biblical city of Ziklag to which David fled from King Saul, unearth a pottery vessel. (Courtesy of Israel Antiquities Authority)
Advertisement

JERUSALEM (JTA) — Archaeologists and researchers say they have found the city where the biblical David found refugee after running away from King Saul.

The biblical Ziklag was discovered at the Khirbet a-Ra‘i site near the southern Israeli city of Kiryat Gat by researchers from the Hebrew University in Jerusalem, the Israel Antiquities Authority and Macquarie University in Sydney, Australia.

According to the Bible narrative, Achish, King of Gat, allowed David and 600 of his followers and their families to find refuge in Ziklag while fleeing an angry King Saul. From there, more than a year later, David left for Hebron, where he was anointed king in Saul’s place.

The excavation of the site began in 2015, and more than 1,000 square meters have been exposed to enable the identification.

Ziklag is a Philistine name given to the town by immigrants from the Aegean, according to the Israel Antiquities Authority. Finds at the site provide evidence of a settlement from the Philistine era — lasting until the 6th century BCE — topped by a rural settlement from the time of King David, the early 10th century BCE. Nearly 100 complete pottery vessels found in the various rooms of the settlement appart to be identical to those found in the 10th-century fortified Judaean city of Khirbet Qeiyafa—identified as biblical Sha‘arayim—in the Judaean foothills. Carbon 14 tests date that site to the time of King David.