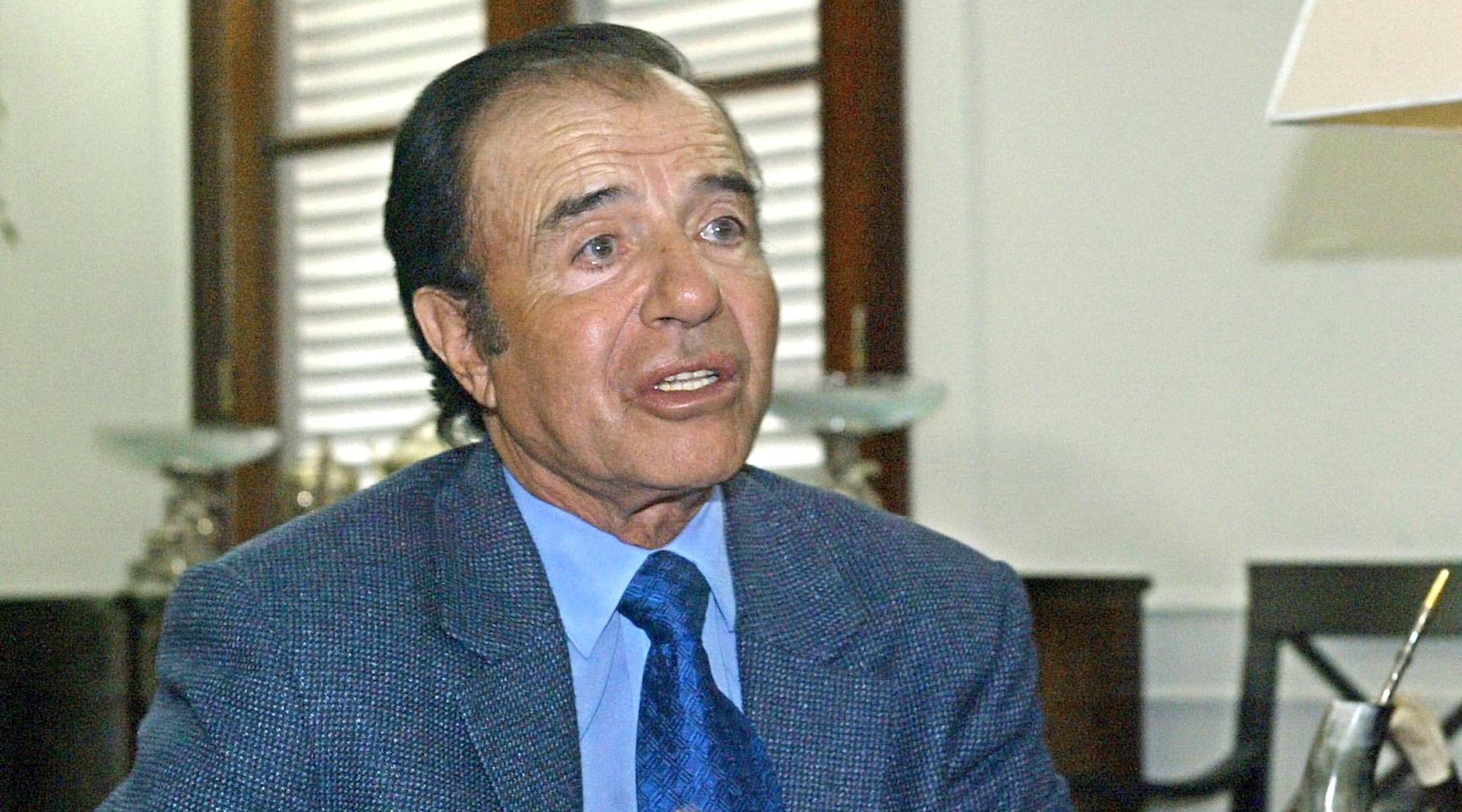 BUENOS AIRES, Argentina (JTA) — Just hours after his death, the Argentine umbrella Jewish group DAIA sharply criticized former president Carlos Menem, who was in that office during both of the country’s bloody terrorist attacks on Jewish institutions in the 1990s.

The Delegation of Argentine Israelite Associations wrote in a Twitter thread on Sunday that Menem “dies in freedom, despite the fact that his Government used the institutions of the Argentine State to perpetuate impunity and cover up the responsibility of those who committed and were accomplices in the attacks.”

Menem, who was 90, was still in politics as a national senator when he died at a Buenos Aires hospital. That office kept him out of prison after he was found guilty in 2013 of illegal arms smuggling to Ecuador and Croatia between 1991 and 1995.

The son of Syrians who immigrated to Argentina, Menem was the first ever Argentine president to visit Israel on an official state visit, two years after he was elected. He was reelected in 1995 for another four-year term.

In March 2019, Menem was absolved of charges that he tried to interfere with the investigation of the 1994 bombing of the AMIA Jewish center, which killed 86. The ruling came in a trial ordered in August 2015 based on allegations that Menem and other government officials tried to divert attention in the bombing investigation away from a Syrian businessman who was a Menem family friend.

Nine months after the AMIA bombing, on March 15, 1995, a helicopter piloted by Menem’s son crashed under unknown circumstances. Menem said that his foreign minister, Guido Di Tella, told him that foreign embassies informed the Argentine government that Hezbollah was behind his son’s death. Di Tella, who died in 2001, reportedly also advised Menem not to retaliate against Hezbollah or publicly denounce the terror group because such actions could be a risk to national security.

“During my mandate as president of the nation there were three attacks. The first one, on the Israeli Embassy on March 17, 1992, the second struck the Asociación Mutual Israelita Argentina on July 18, 1994, and the third was on my own blood, ending the life of my son Carlos Menem Jr., on March 15, 1995,” Menem said in a statement in 2016.

In its statement on Sunday, DAIA also condemned Menem’s decision in 1989 to pardon generals responsible for abuses during the country’s so-called “Dirty War” during the 1970s and ’80s.

The group excoriated Menem’s “outrageous and sad decision to pardon those responsible for the crimes committed during the last military dictatorship, mocking the Justice, relatives of disappeared detainees and survivors.”