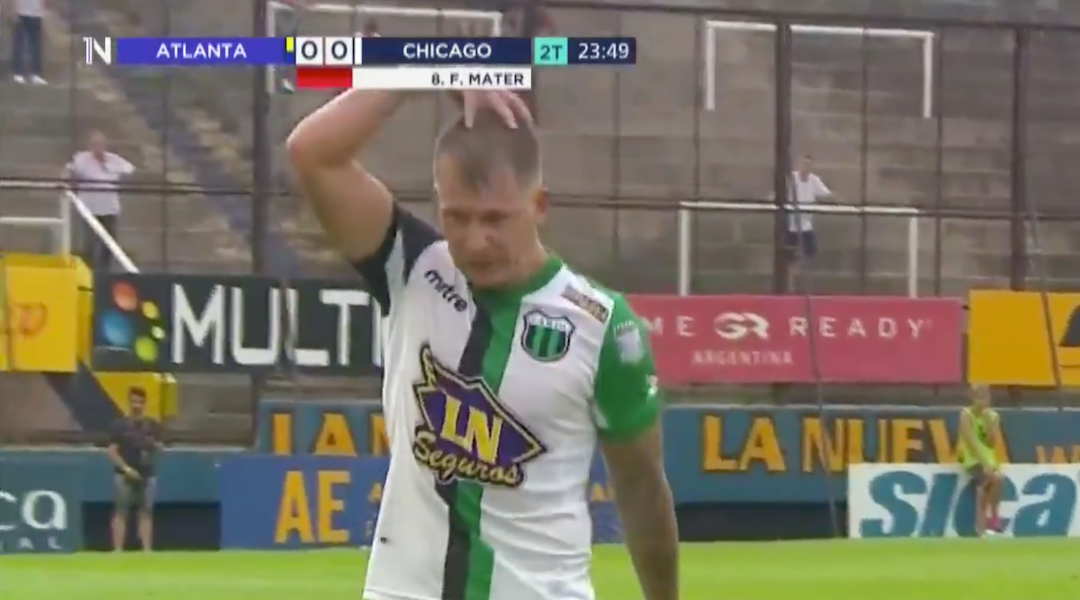 New Chicago's Arnaldo Gonzalez makes an anti-Semitic gesture after being ejected from a game against Atlanta in Buenos Aires, March 8, 2020. (Screenshot from Twitter)
Advertisement

(JTA) — An Argentine soccer player made an anti-Semitic gesture after being ejected from a game against a team with many Jewish supporters, sparking an outcry on social media and calls for his prosecution under the country’s law that prohibits displays of discrimination.

While leaving the field to jeers on Sunday, Arnaldo González put his hand on his head, imitating a yarmulke, and pointed to his genitals.

His team, New Chicago, was playing Atlanta, a rival Buenos Aires club in Villa Crespo, a traditionally Jewish neighborhood in the city. Founded in 1904, Atlanta has historically received support from Jewish fans and featured several Jewish players and administrators. The club now plays in the second tier of professional soccer in Argentina.

The team also tweeted an apology to Atlanta and the “entire Jewish community.”

González could be prosecuted under a law passed in Argentina in 1988, and could even see up to a month of jail time. The head of Argentina’s National Institute Against Discrimination, Xenophobia and Racism — a government organization — said the group might take legal action against González.