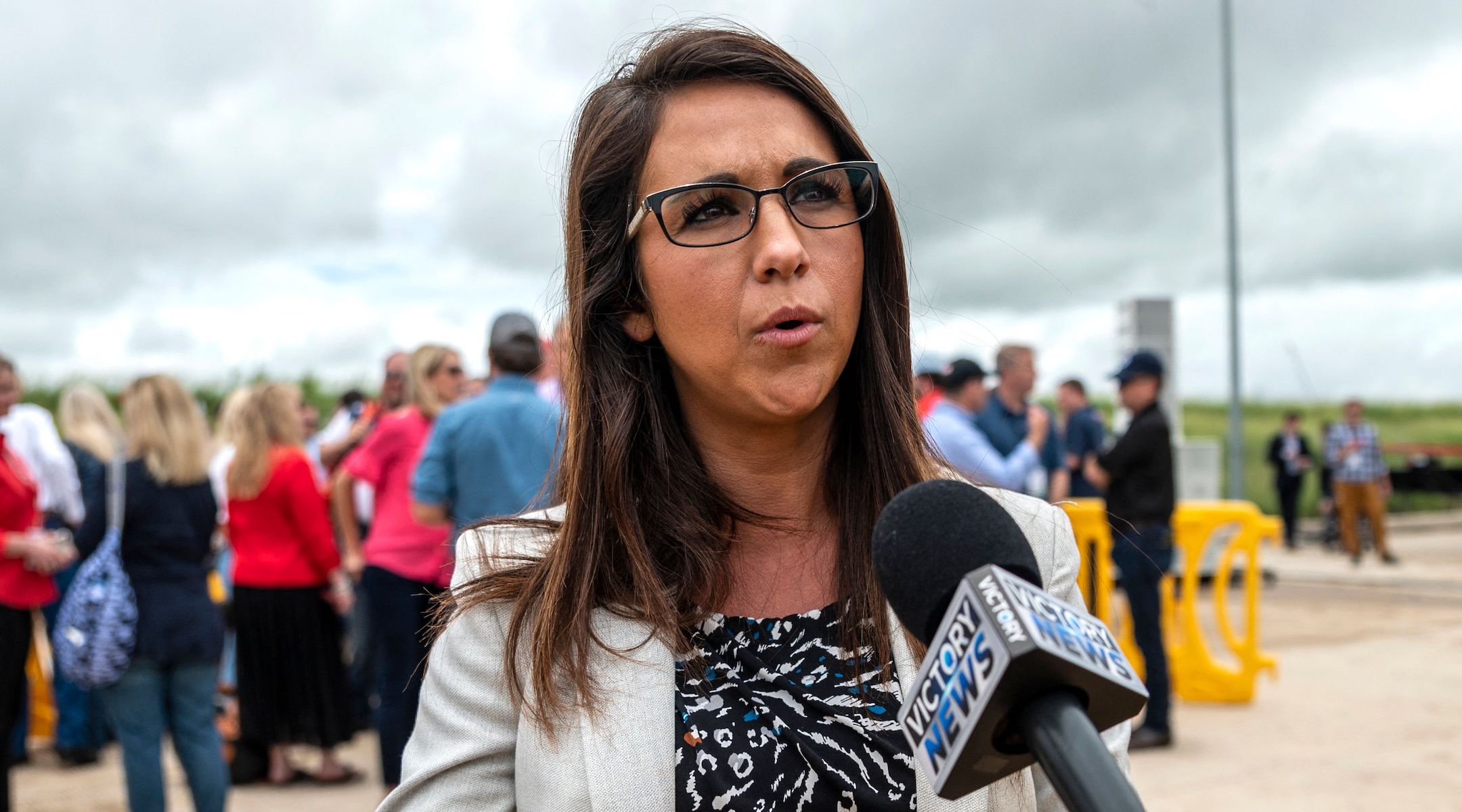 (JTA) — The Auschwitz Memorial told Rep. Lauren Boebert that her tweet comparing vaccination efforts to Nazi Germany “is a sad symptom of moral and intellectual decline.”

Last week, Boebert, a Colorado Republican, tweeted that a federal effort to reach out to people who have yet to be vaccinated against COVID-19 was like Nazi Germany. Earlier this year, she also compared public health measures to the “Brown Shirts,” a Nazi Party militia.

“Biden has deployed his Needle Nazis to Mesa County,” Boebert tweeted on Thursday. “The people of my district are more than smart enough to make their own decisions about the experimental vaccine and don’t need coercion by federal agents. Did I wake up in Communist China?”

Over the weekend, the Twitter account of the Auschwitz Memorial, the museum at the site of the Nazi concentration camp where more than a million Jews were murdered, replied to Boebert lambasting such comparisons.

“Instrumentalization of the tragedy of all people who between 1933-45 suffered, were humiliated, tortured & murdered by the hateful totalitarian regime of Nazi Germany to argue against vaccination that saves human lives is a sad symptom of moral and intellectual decline,” the account tweeted on Saturday morning, Polish time.

Antisemitism watchdogs have consistently urged public officials and others to refrain from comparing public health and lockdown measures to the Holocaust and Nazi Germany.

Rep. Marjorie Taylor Greene, a Georgia Republican, has repeatedly compared COVID-19 safety measures to the Holocaust. Last week, she tweeted that canvassers doing vaccine outreach are “medical brown shirts.” Weeks earlier she had apologized for an earlier Holocaust comparison in a speech outside the U.S. Holocaust museum in Washington, D.C.