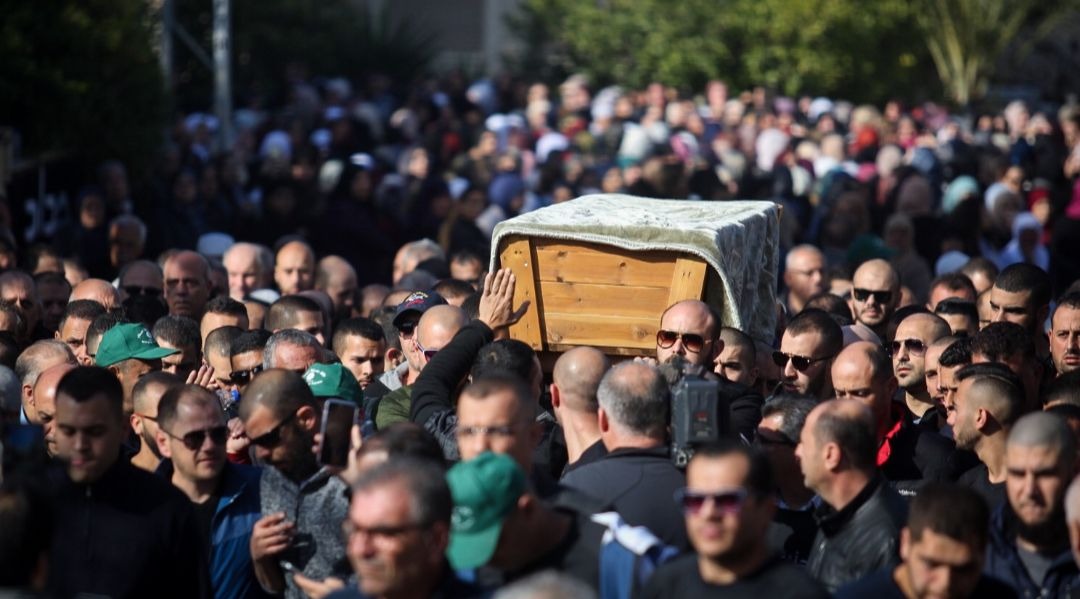 Mourners carry the body of Aiia Maasarwe during her funeral in the Arab village of Baqa al-Gharbiyye in northern Israel on Jan. 23, 2019, a week after she was murdered in Melbourne. (Hadas Parush/Flash90)
Advertisement

(JTA) — The Australian man who raped and murdered an Israeli woman studying in Melbourne was sentenced on Tuesday to 36 years in prison.

Maasarwe, from the central Israeli city of Baqa al-Gharbiyye, was an exchange student at La Trobe University from Shanghai University in China. She was attacked late Jan. 15 as she exited a tram near the university and was on a video call with her sister, who heard screaming, according to reports.

Herrmann pleaded guilty in Victoria state Supreme Court to beating Maasarwe with a metal pole, sexual assault and setting her on fire, The Associated Press reported. He asked for leniency, saying he had a personality disorder as the result of childhood trauma, but was denied.

On Sunday, Maasarwe’s family launched the Aiia Maasarwe Memorial Medical Fellowship program through Project Rozana, an organization that seeks to build better understanding between Palestinians and Israelis via health programs, The Times of Israel reported, citing the organization’s website.