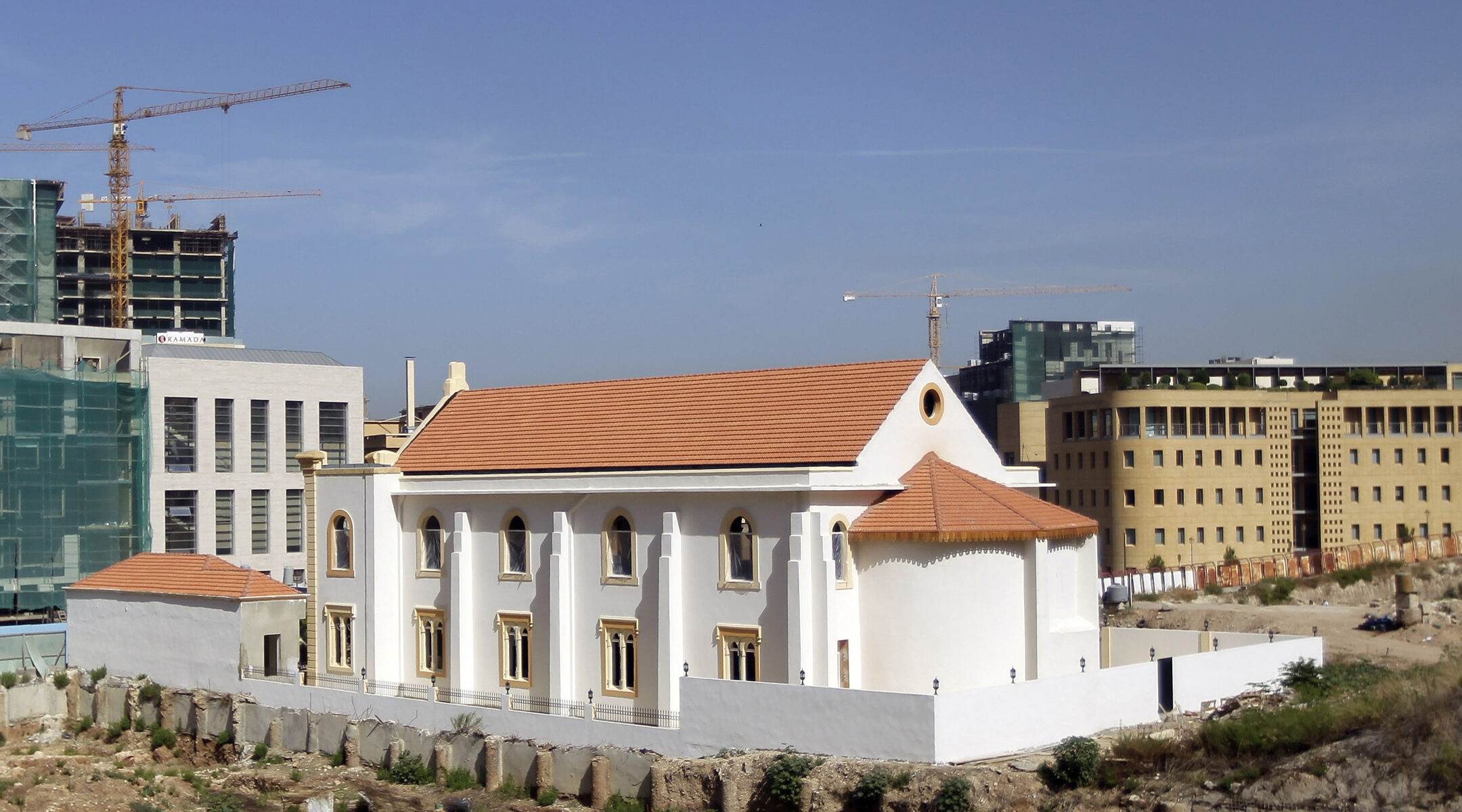 A view of the Maghen David Synagogue in Beirut, Lebanon in 2010. (Joseph Eid/AFP via Getty Images)
Advertisement

(JTA) — A photograph said to be of Beirut’s only synagogue shows minor damage to the interior of the 95-year-old building from a blast this week in the city.

The image of the Maghen Abraham Synagogue appeared Thursday on the page of a Facebook group called the Lebanese Jewish Community Council. Lebanon has no organized Jewish community and very few Jewish residents, if any.

More than 150 people died in the blast, which authorities initially said occurred at a storage facility for  ammonium nitrate. But President Michel Aoun on Friday said the possibility of “foreign intervention” is also being examined.

The blast obliterated some buildings and heavily damaged thousands more, rendering about 300,000 people homeless, according to The Daily Star.

The photo shows some debris and dust on the floor of the synagogue and on plastic sheets covering the pews. The walls show no cracks and it’s not clear whether the glass windows were shattered, but the frames seem to be in place.

The blast occurred on Tuesday about a mile west of the synagogue, which is adjacent to the Grand Serail government palace. That building sustained more significant damage, including doors that were torn from their hinges.

Initial reports on social media spoke of heavy damage to the synagogue as well, and some even said it had been destroyed.