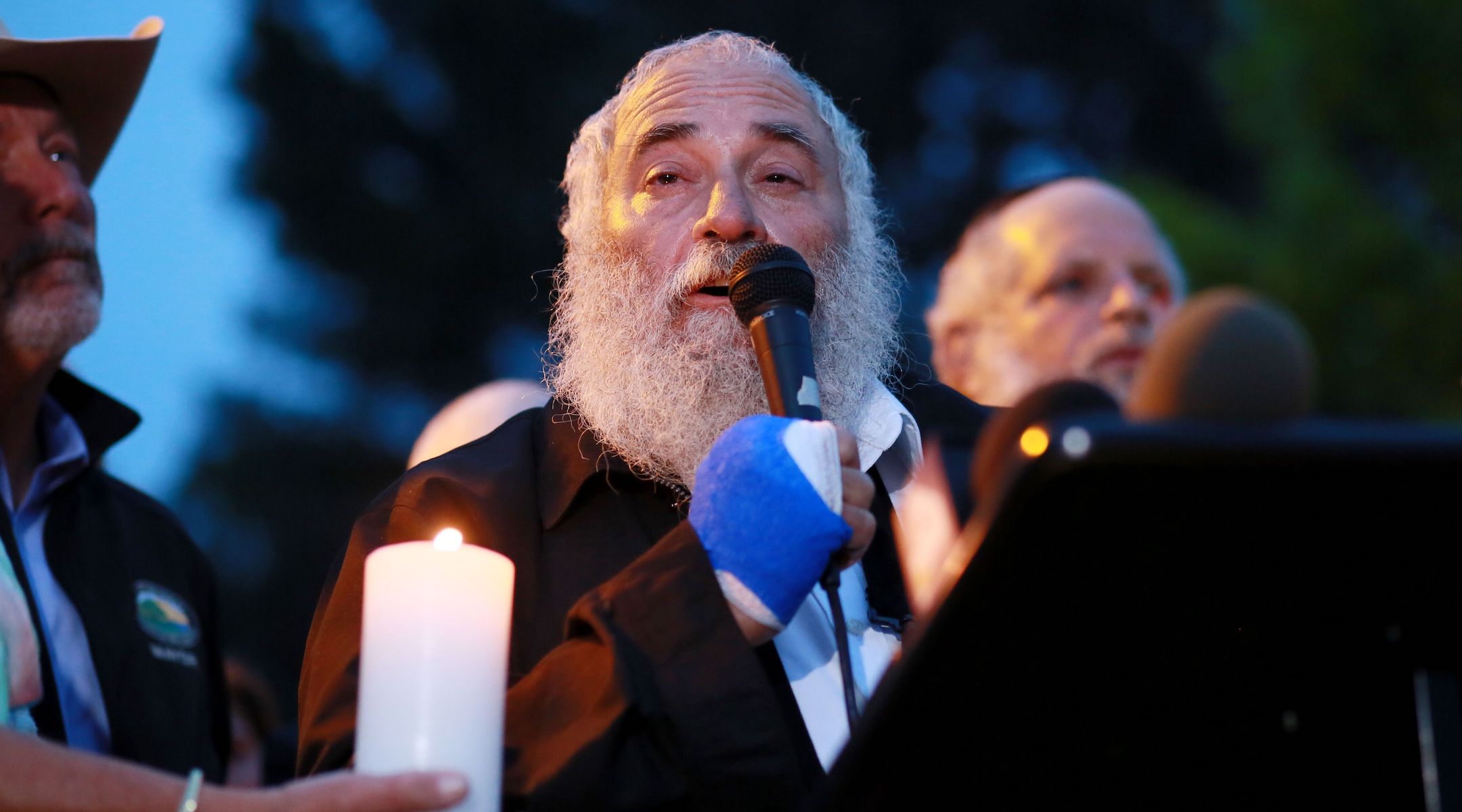 The event recalling the April 27 shooting near San Diego, in which Lori Gilbert Kaye, 60, was murdered by a far right extremist, opened the Limmud FSU Jewish learning event and featured a video address by Yisroel Goldstein, the synagogue’s rabbi, who lost a finger in the shooting.

“I went back into the lobby and I saw Lori lying on the floor,” he said, recalling the moment he realized she had been killed. Her husband, the rabbi recalled in tears, was hunched over his wife’s lifeless body. “It was a horrific sight, I went outside where the congregation was huddled together and I got up on a chair and I told loud and clear with my fingers bleeding profusely, saying: ‘Am Israel Chai.”

The Hebrew-language words mean “The People of Israel Live.”

Rabbi Shneur Deitch, the Chabad movement’s emissary to Belarus, said a prayer to elevate Gilbert Kaye’s soul at the gathering in Minsk, where many of the 600 participants wept while hearing the Poway rabbi’s account from his hospital bed.