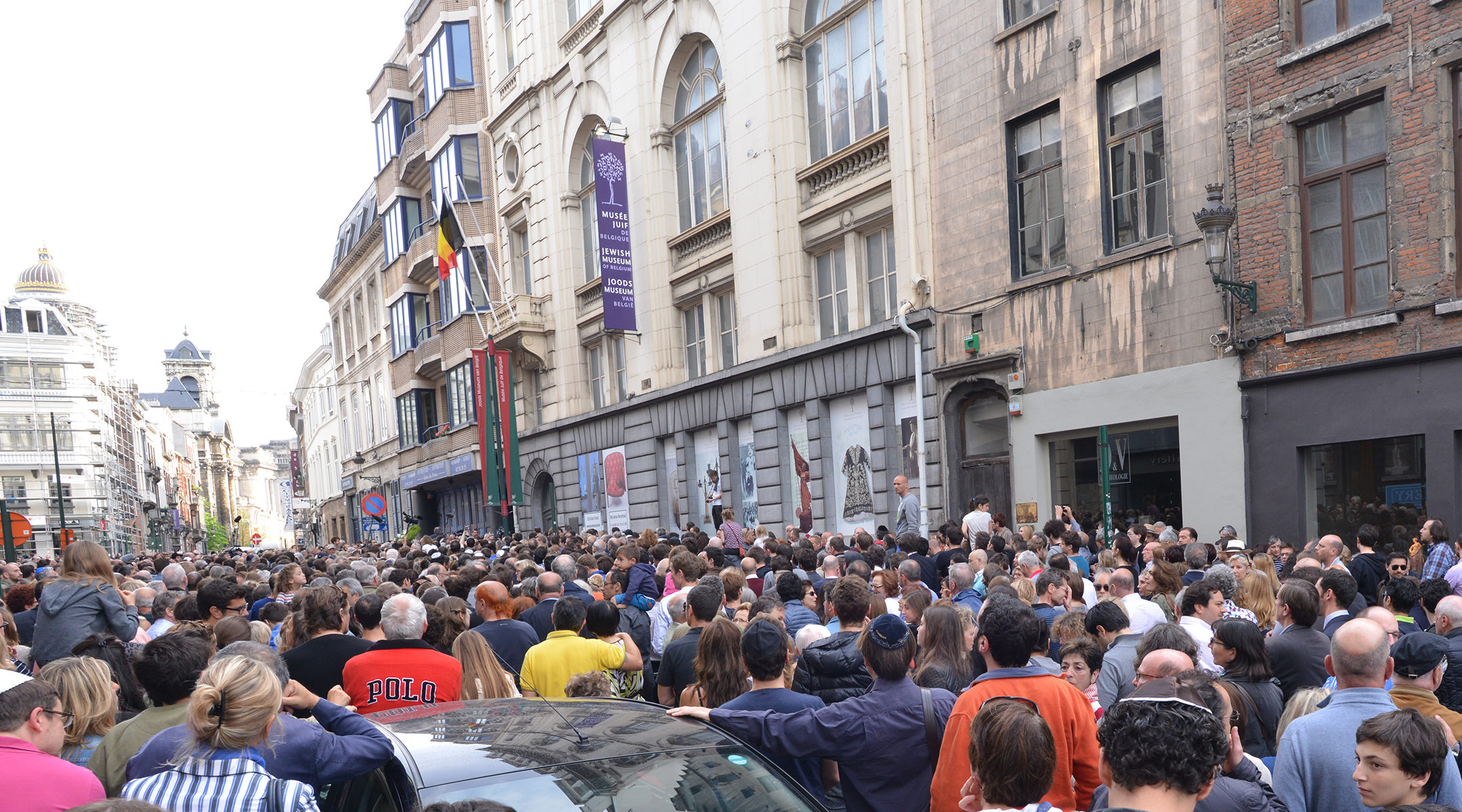 A commemoration for the 4 people killed on May 24, 2014 at the Jewish Museum of Belgium in Brussels. Cnaan Liphshiz
Advertisement

(JTA) — The French Muslim extremist convicted of murdering four people in a terrorist attack at the Jewish Museum of Belgium in 2014 was sentenced to life in prison.

He has 15 days to appeal the sentence.

His accomplice received a sentence of 15 years in prison.