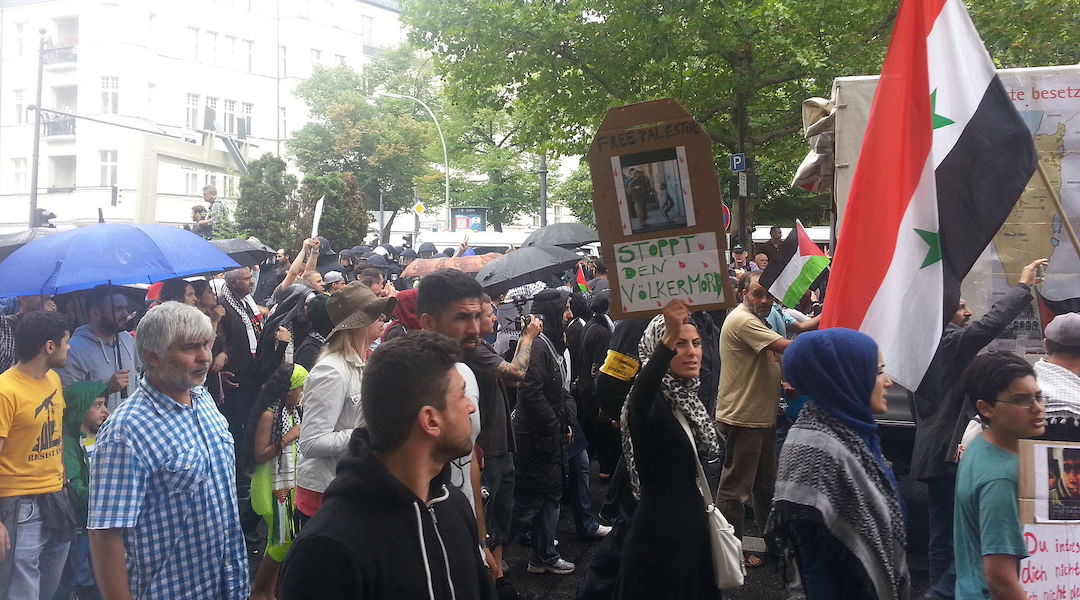 (JTA) — The annual anti-Israel Al-Quds Day march this year in Berlin was canceled for the second straight year.

Al Quds Day, which protests the establishment of the State of Israel, was established in 1979 by Iran’s leader Ayatollah Khomeini. Since then, his followers have marked the day in cities around the world with large Muslim populations, during or shortly after Ramadan.

The event, which has been taking place in Berlin since 1996, was canceled on short notice by its organizers, police told the Tagesspiegel newspaper. The report did not indicate the reason for the cancellation. Last year’s event had also been canceled by organizers — various Palestinian and anti-Israel groups — in connection with the COVID-19 pandemic.

Jewish and pro-Israel groups have tried for years to have the march banned as a purely anti-Semitic demonstration. It is illegal in Germany to call for the destruction of Israel.

“Participants unscrupulously exploit freedom of expression and assembly to spread their hatred,” Josef Schuster, head of the Central Council of Jews in Germany, told the Judische Allgemeine newspaper.

Germany designated the Iranian-backed Hezbollah militant group as a terrorist organization last year, and Schuster added that the move “should make it easier to ban the Al-Quds march, because the connection to the banned Hezbollah is obvious.” In 2016, Berlin barred Al-Quds marchers from carrying Hezbollah flags, saying the image of an upraised assault weapon is a call for genocide.

Since 1996, Berlin’s annual demonstration has attracted between 300 and 1,000 Islamists. Men and women march separately.

According to the Judische Allegemeine Zeitung, several Palestinian groups were among the 2,000 people who had registered to attend the event scheduled for May 8.