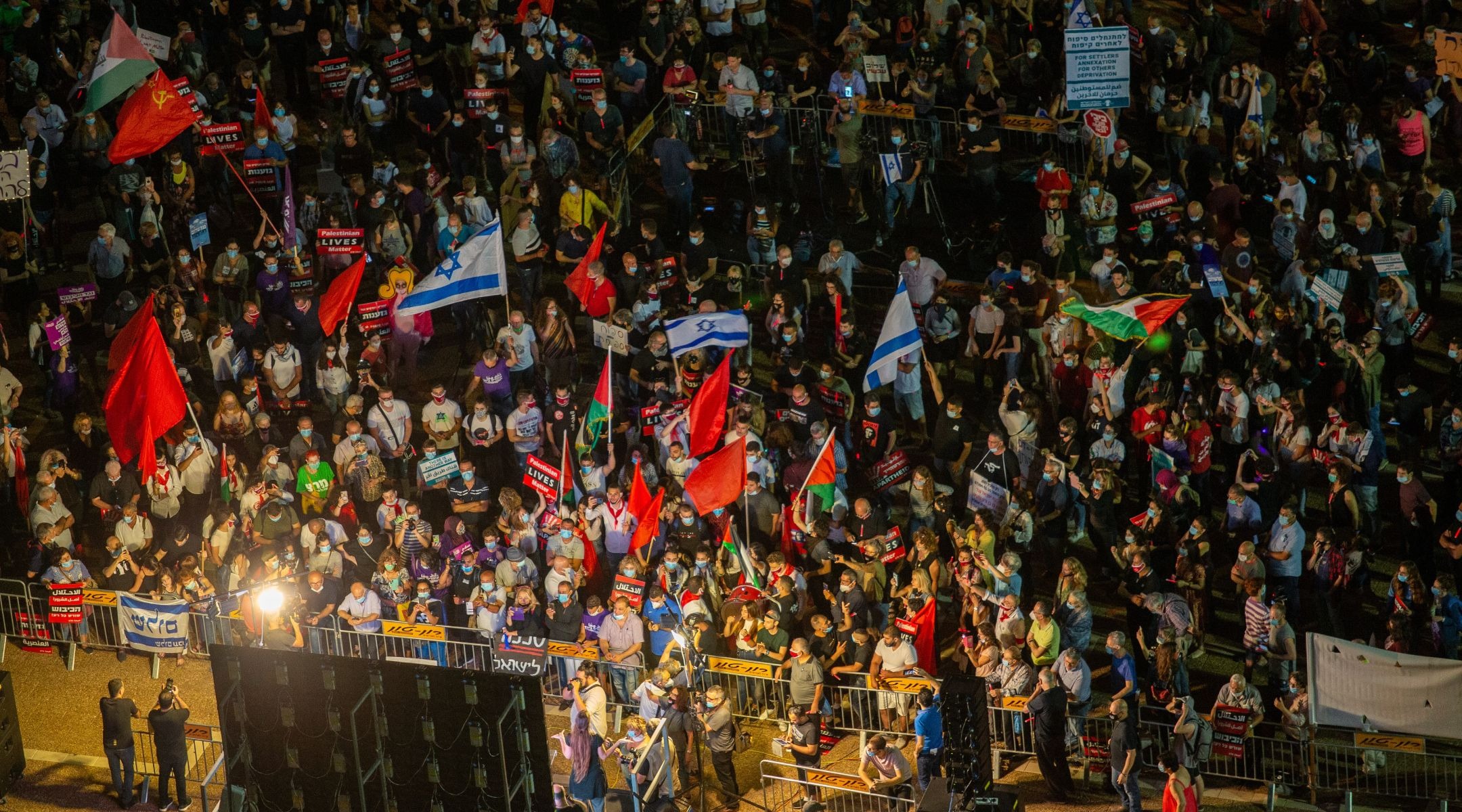 JERUSALEM (JTA) — Several thousand protesters expressed their opposition to plans to annex parts of the West Bank at a demonstration in Tel Aviv that featured an address by Sen. Bernie Sanders, I-Vermont.

The protesters, said to number about 6,000, wore face masks and mostly practiced social distancing during the protest on Saturday night. Organized by the left-wing Meretz Party and other left-wing organizations, protesters marched from the Tel Aviv Museum of Art to Rabin Square under the banner “No to annexation, no to occupation, yes to peace and democracy.” Some carried Palestinian flags as well as photos of Iyad Halak, the autistic Palestinian man killed last month by Israeli Border Police in Jerusalem.

Speaking to the protesters on video, Sanders said: “The plans to illegally annex any part of the West Bank must be stopped. The occupation must be ended and we must work together toward a future of equality and dignity for all people in Israel and Palestine.”

Meretz head Nitzan Horowitz told the demonstrators that annexation is a “war crime” and a “crime against humanity.”

Following the demonstration, some protesters blocked traffic around Rabin Square. Police used force to disperse them, arresting five of the protesters, including a photographer from the Haaretz daily newspaper who said he was punched and kicked by police.

Israeli Prime Minister Benjamin Netanyahu said last week that he has a target date in July to extend Israeli sovereignty over about 30 percent of the West Bank, which is provided for in the Trump administration’s Israeli-Palestinian peace plan.