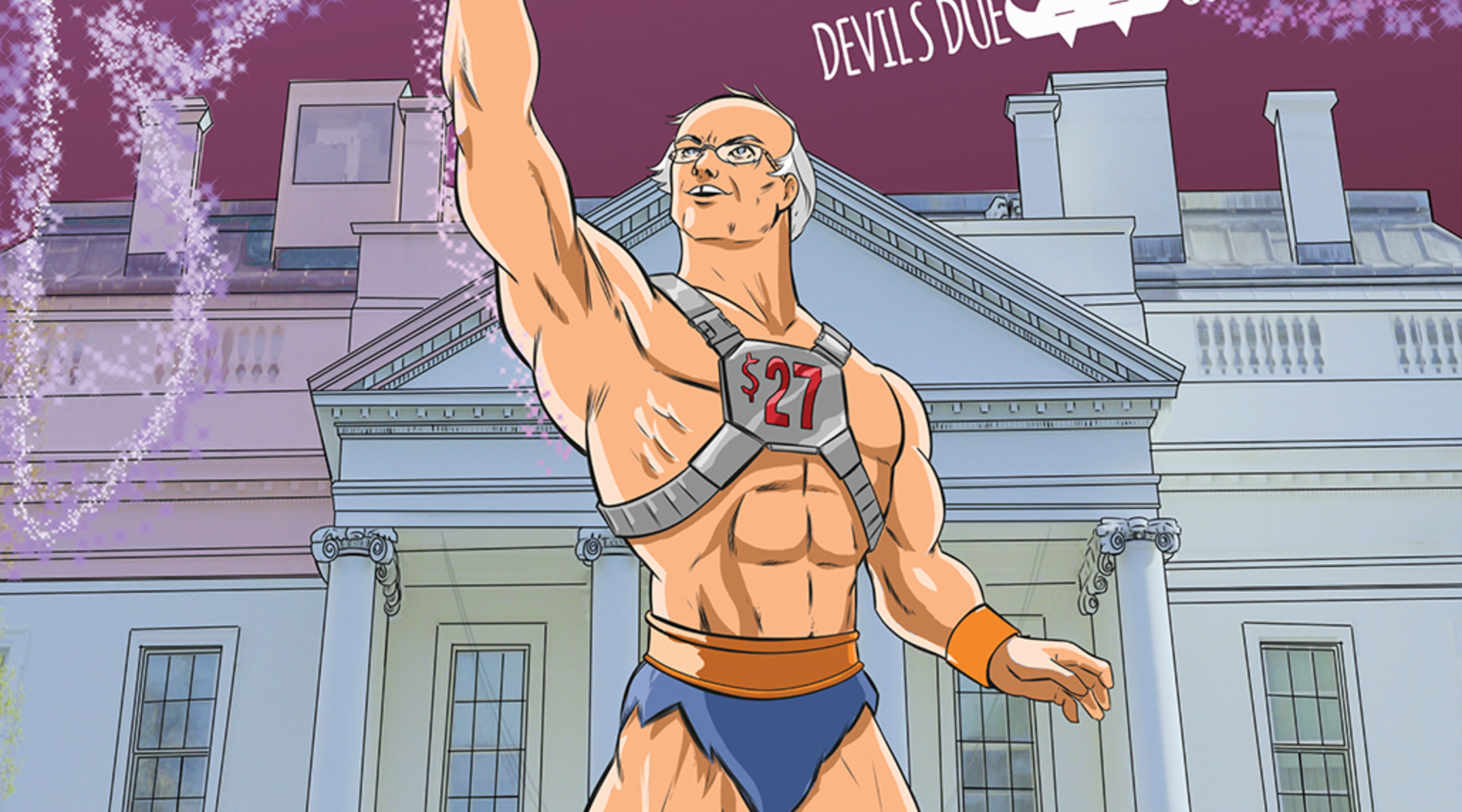 WASHINGTON (JTA) — Many of his supporters see Bernie Sanders as a hero, but this comic book publisher took that idea to a new level.

The left-leaning comics outfit that brought you “Barack the Barbarian” and “Alexandria Ocasio-Cortez And The Freshman Force” is back, this time with “Talk Bernie to Me.”

Buyers get their choice of three covers: A smiling Sanders, which most resembles him; a young Sanders being arrested at a University of Chicago sit-in for racial integration; and a barely clothed yet fighting trim “BarBERNian.”

Publisher Josh Blaylock drew all three covers, and the stories anthologized inside are by a variety of writers and artists. Part of the proceeds goes to the American Civil Liberties Union and to a group providing legal services to migrants.

Sanders, 77, who likes to note that he was a long-distance runner in his youth, is not the only 2020 contender who gets the superhero treatment. Ben Garrison is a cartoonist who depicts his hero, President Donald Trump, as a football player, a knight and a ladies man.

Sanders, when he challenged Hillary Clinton in 2016 for the Democratic presidential nod, was the first Jewish candidate to win major party nominating contests.