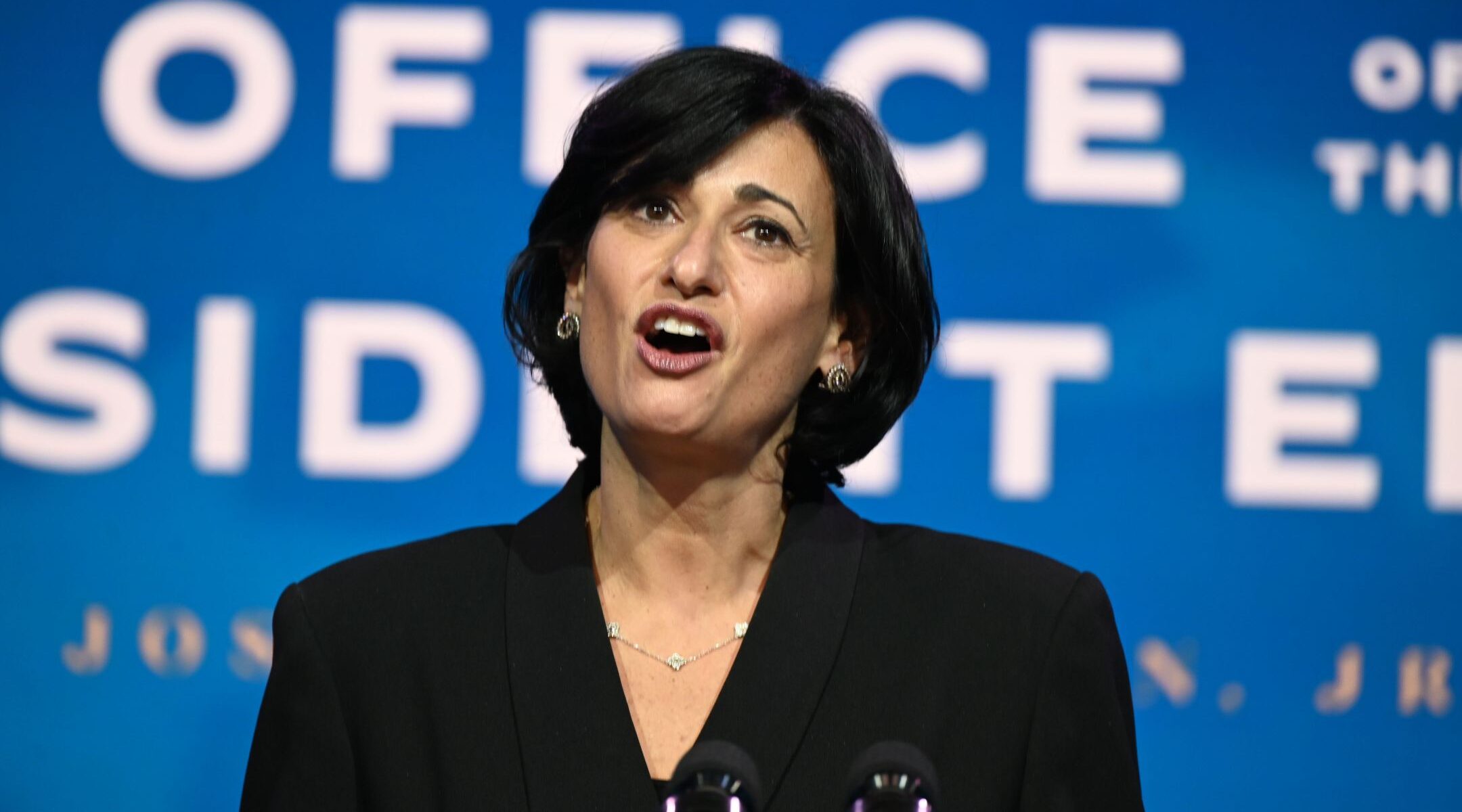 Rochelle Walensky, who has been nominated to serve as director of the Centers for Disease Control and Prevention, speaks in Wilmington, Del., after President-elect Joe Biden announced his team tasked with dealing with the COVID-19 pandemic, Dec. 8, 2020. (Jim Watson/AFP via Getty Images)
Advertisement

WASHINGTON (JTA) — A Jewish doctor from Boston on the front line of that city’s coronavirus response is President-elect Joe Biden’s choice to helm the Centers for Disease Control.

Rochelle Walensky, the chief of infectious diseases at Massachusetts General Hospital and a professor at Harvard Medical School, was among the members of the new government health care team announced in a statement Monday.

The Biden transition team said Walensky is a “leading expert on virus testing, prevention, and treatment.”

Walensky, a member of Temple Emanuel in Newton, told Boston’s Jewish Journal in April that she was seeking solace in her Jewish community as she faced down the disease.

“I said to them, the last time I spoke with them, ‘I’m thinking I need you more than you need me,’” Walensky said. “I have a sense it’s getting emotionally pretty hard. I certainly have everybody’s cell phone number … I may need to use it in the weeks ahead.”

Biden’s rollout was notable for the number of positions he is tying to battle the COVID. Biden campaigned on incumbent President Donald Trump’s failure to stem the pandemic’s spread.

Also named as coordinator of the COVID-19 Response and Counselor to the President is Jeff Zients, an economist who owns a chain of Jewish delis in Washington, D.C.