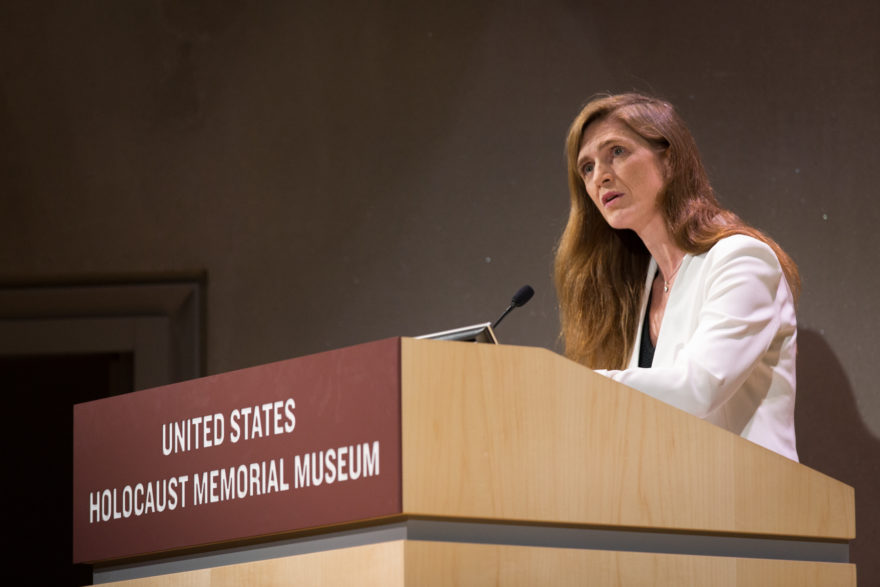 Power — notable during her U.N. tenure in part because of her role in allowing through an anti-settlements resolution at the tail end of the Obama administration — was tapped as the administrator of the U.S. Agency for International Development. Biden elevated her position to include a seat on the National Security Council, a reflection of his determination to roll back President Donald Trump’s diminishment of U.S. assistance overseas, including to Palestinians.

Power, an expert on genocide, had a good relationship with the pro-Israel community during President Barack Obama’s first term, when as a member of the National Security Council she forcefully advocated for a robust U.S. presence in the international community.

That soured to a degree during Obama’s second term when she was U.N. ambassador and took a more central role in the increasing tensions between the administration and the Israeli government led by Prime Minister Benjamin Netanyahu. Power became a locus for pro-Israel anger when she would not veto a resolution condemning Israel’s settlements policy, although she would not vote for it either.

Biden has said he wants to restore the assistance to the Palestinians, part of it administered through USAID, that Trump all but eliminated.

Jewish groups praised Power during her U.N. stint for raising the Israeli delegation’s profile, convening a conference on anti-Semitism and pushing through the recognition of Yom Kippur as an official holiday.

Some groups applauded Biden’s choice of Power to lead USAID.

“Congratulations to @SamanthaJPower, a leading voice for principled American engagement in the world, on her nomination as the next @USAID Administrator,” said the American Jewish Committee, a group that had vigorously criticized the 2016 U.N. Security Council resolution condemning Israel’s settlements. “We wish her every success in her new role.”

Also praising the pick was Liz Schrayer, the president of the U.S. Global Leadership Coalition, a foreign aid advocacy group that has close ties with the Israel lobby AIPAC, as well as J Street, a liberal Jewish Middle East policy group, Dan Shapiro, Obama’s last ambassador to Israel, and Halie Soifer, a onetime policy adviser to Power who now leads the Jewish Democratic Council of America. Soifer posted photos of Power in Israel on her Twitter feed.

Conservative groups are expected to pan the pick, though they had yet to pronounce by Wednesday evening.