Biden pick for key appeals court gets a Jewish group’s endorsement. Is a Supreme Court nomination down the line? 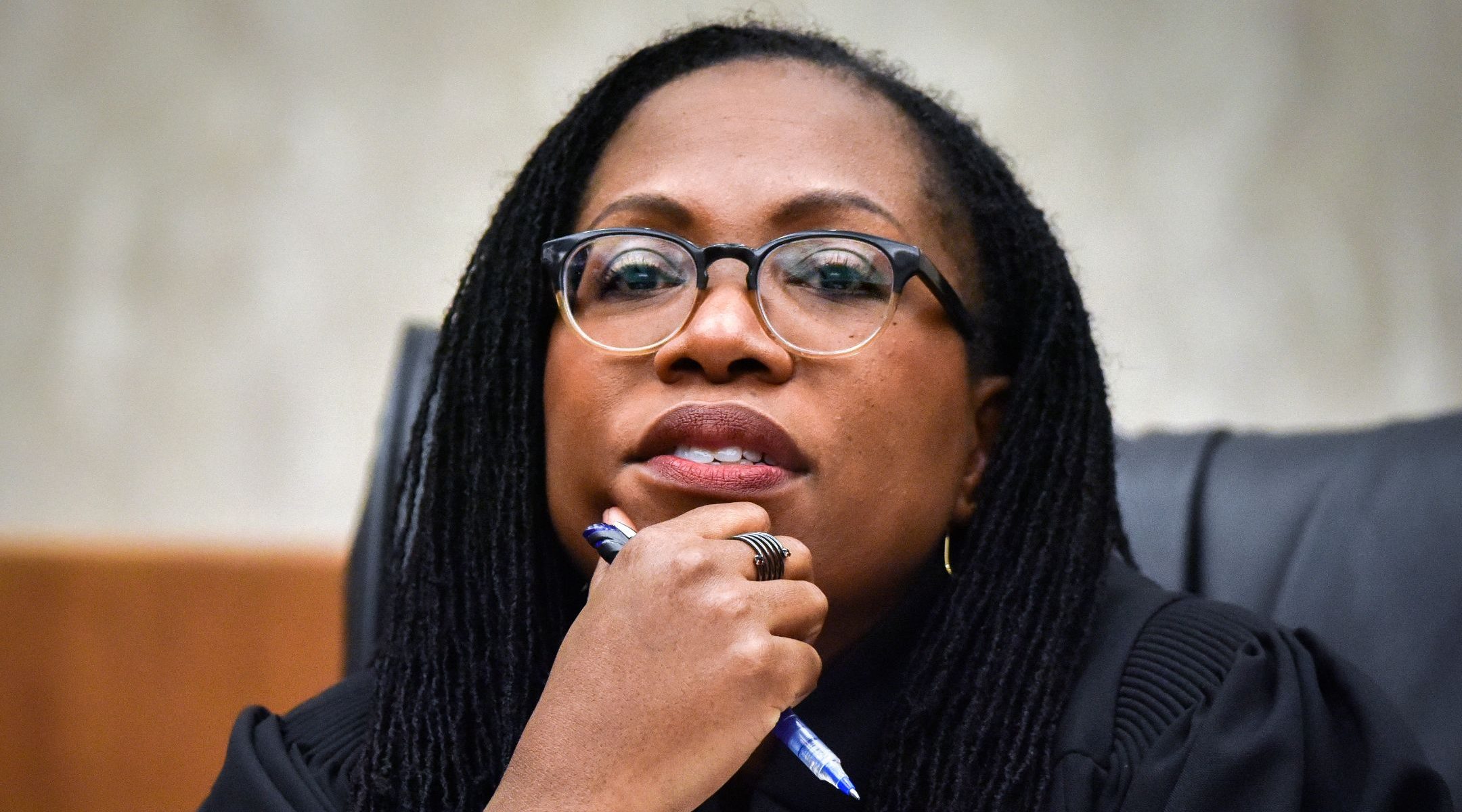 Judge Ketanji Brown Jackson listens to arguments as local high school students observe a reenactment of a landmark Supreme court case at the U.S. Court of Appeals in Washington, Dec. 18. 2019. Jackson has been nominated to serve on that appeals court. (Bill O'Leary/The Washington Post via Getty Images)
Advertisement

WASHINGTON (JTA) — The National Council of Jewish Women is endorsing two of President Joe Biden’s nominees to appeals courts, including one who is likely to face a tough confirmation because Biden is believed to want her to ascend to the Supreme Court on his watch.

The NCJW in letters Monday to the Senate Judiciary Committee, which first considers nominations, endorsed Judge Ketanji Brown Jackson to the U.S. Court of Appeals for the District of Columbia Circuit, a launching ground for Supreme Court justices. It also endorsed Candace Jackson-Akiwum, an attorney, to the Chicago-based 7th Circuit.

If Jackson advances and Biden then nominates her to the Supreme Court, she would likely replace Stephen Breyer, one of its two Jewish justices.

NCJW joins a battery of liberal groups and leading figures in pressing for Jackson’s confirmation. The Jewish Telegraphic Agency obtained the NCJW letters.

Supreme Court watchers have said Biden is likely placing Jackson on the D.C. circuit because it deals with many of the issues that eventually reach the Supreme Court. The late Jewish justice Ruth Bader Ginsburg was among the many judges who have transitioned from the D.C. circuit to the high court.

Biden has also said he wants to name a Black woman to the court. Jackson is Black and, at 50, relatively young.

Ginsburg died on the eve of the November election, and former President Donald Trump and then-Senate Majority Leader Mitch McConnell, a Republican, rushed through her replacement, Amy Coney Barrett, bringing the court’s conservative majority to 6-3. Breyer, 82, is considered a liberal, as is the other Jewish justice, Elena Kagan.

NCJW in its letters cites Jackson’s rulings in her current role on the D.C. District Court upholding the rights of workers to collective bargaining and government funding for a teen pregnancy prevention program.

Biden last week nominated 11 people to appellate court spots. Senate Republicans have already signaled that they will focus closely on Jackson because of the likelihood of her being on Biden’s Supreme Court shortlist.