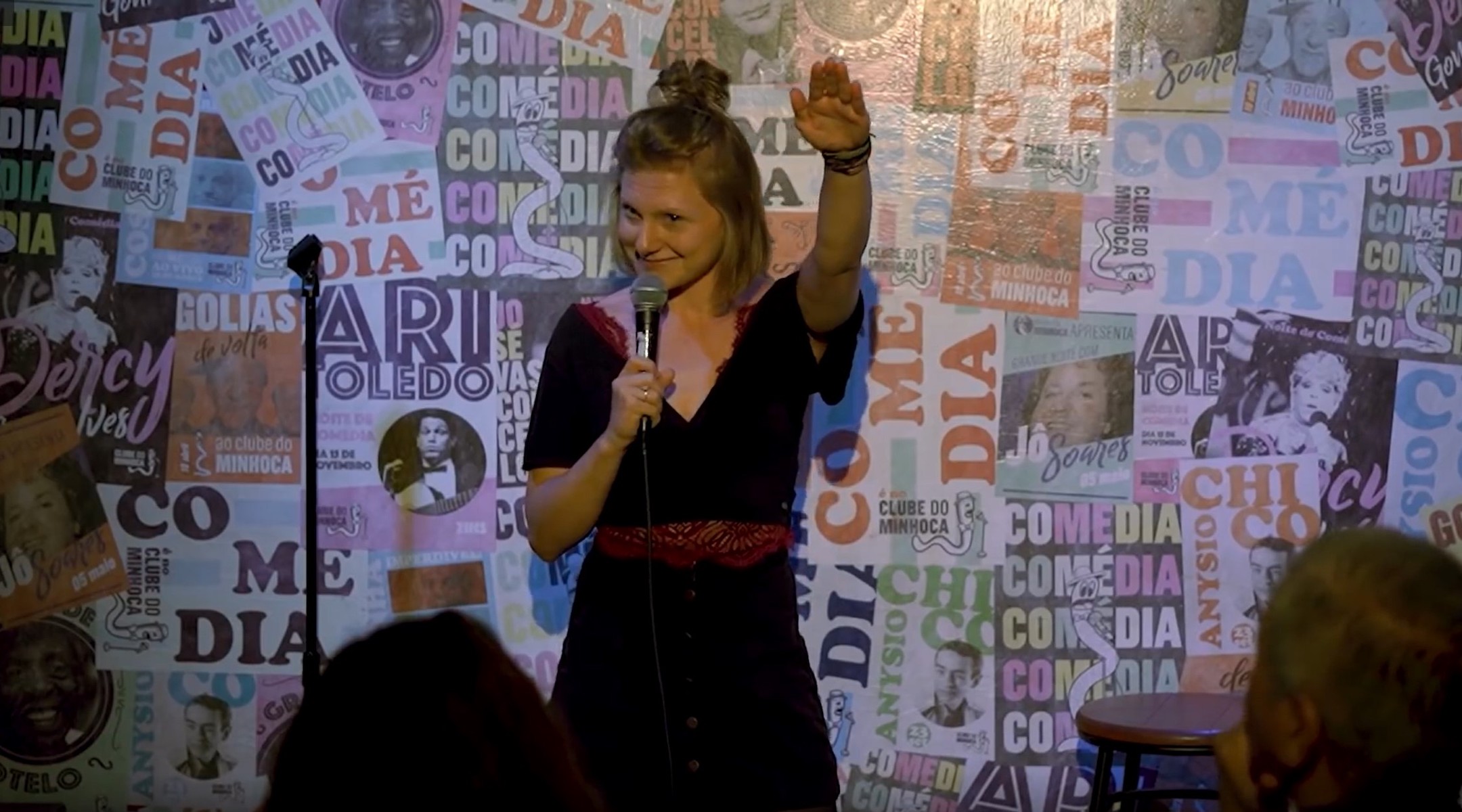 Lea Maria Jahn in a performance in Sao Paulo, Brazil, in February, 2020.
Advertisement

RIO DE JANEIRO (JTA) — Brazilian Jewish groups slammed a German standup comedian who made a Holocaust joke followed by a Nazi salute during a performance in Sao Paulo in February.

“On Christmas, we ask for a friend as a gift. Once I got it, but it only lasted a day. He escaped. He was Jewish. I said he escaped, not that he died. He was very fast. You know, if I do this joke in Germany, I’ll be arrested. Letting a Jew escape like this?” Lea Maria Jahn said on stage.

“Who here thinks that Germans are Nazis? Please raise your hand,” she continued, raising her own hand in a Nazi salute.

The performance was uploaded to YouTube in February, where it has garnered nearly 1 million views. But it gained additional attention on Tuesday, when the Organized Jewish Youth organization criticized it.

“This is 2020 and a German woman makes jokes against Jews in Brazil,” the group wrote on Facebook. “Does this ‘comedian’ have an exact idea of how dangerous the words that she considers a joke are?”

The Brazilian Israelite Confederation demanded an apology on Thursday.

“When referring to her German origin and to anti-Semitism in an inappropriate and vulgar way, she brought up sad situations from the Holocaust era as the topic of jokes, which can hurt the victims,” the confederation said.

“You call it humor, I call it horror,” he wrote in an open letter.