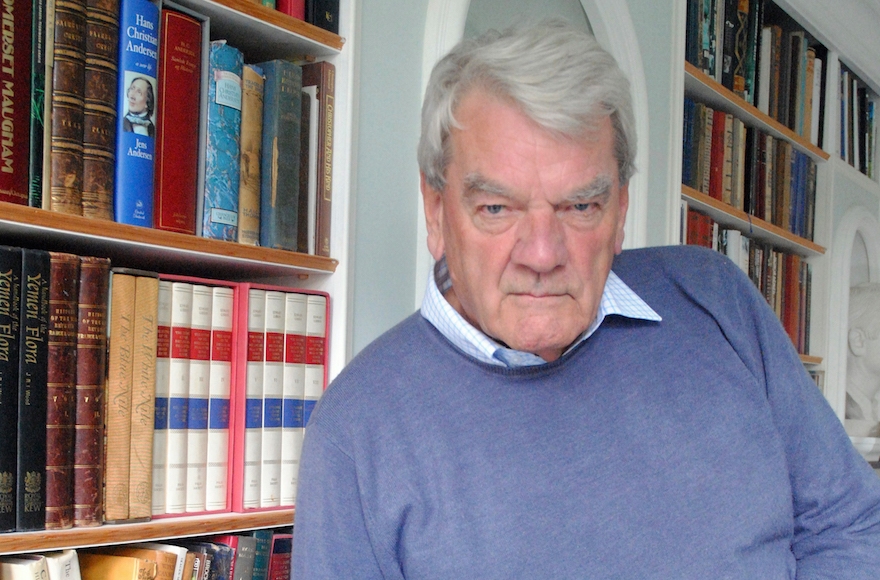 Irving is taking deposits on his website for the tour of Nazi historical sites scheduled for September, the U.K. Jewish News reported.

The nine-day tour, which costs $3,650, is scheduled to visit Treblinka, Sobibor, Belzec and Majdanek. Publicity for the tour calls the death camps “controversial.”

Irving is described on the promotional material as a Hitler expert. He led a similar tour in 2013.

Irving lost a libel suit he brought against Holocaust historian Deborah Lipstadt in 2000. The suit was dramatized in the movie “Denial” starring Rachel Weisz as Lipstadt.

He initially claimed that Hitler was not aware of the program to exterminate the Jews and retained his credibility as a historian. Irving later transitioned to outright Holocaust denial, including claiming that there was no evidence to prove the existence of gas chambers at Auschwitz.