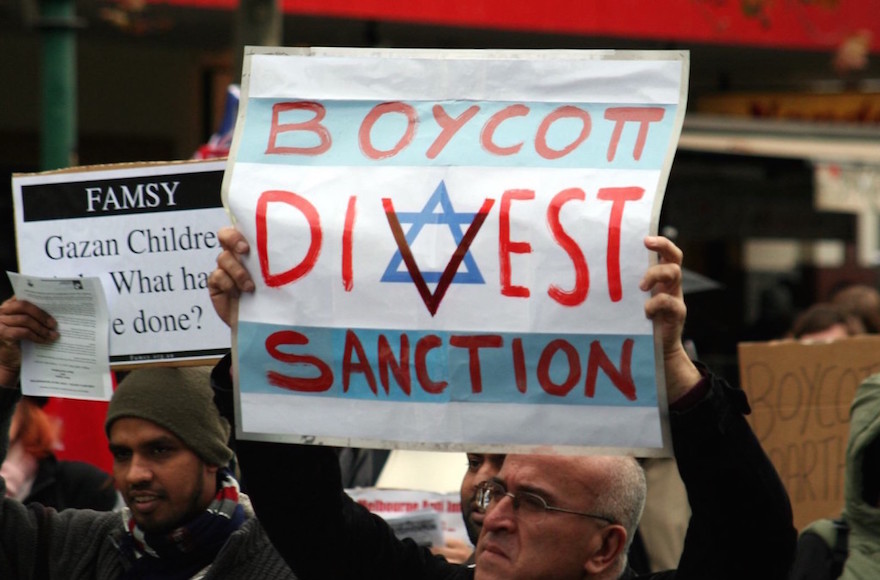 (JTA) — A county commission in southeastern Florida unanimously passed a resolution opposing the Boycott, Divestment and Sanctions movement against Israel.

The Broward County Commission passed the measure at a meeting on Sept. 24. The county includes Fort Lauderdale.

The commission said in the four-page resolution that it “opposes the BDS movement targeting Israel, including all efforts to delegitimize the state of Israel and efforts to target United States companies that are engaged in legal commercial activities,” and “urges Israelis and Palestinians to return to direct negotiations as the only way to achieve an end to the Israeli-Palestinian conflict,” the Sun-Sentinel reported.

It also notes that “the BDS Movement effectively seeks to destroy the State of Israel as a homeland to the Jewish people, and seeks to establish one or two Palestinian-majority states.”

The Florida Legislature in 2016 passed an anti-BDS bill that prevents state institutions from investing in or contracting with companies that boycott companies or products made in Israel. In April, the state Legislature passed a bill that amends the state’s discrimination laws to equate criticism of Israel with anti-Semitism.

Gov. Ron DeSantis led a trade mission to Israel in late May and convened a state Cabinet meeting at the Knesset.