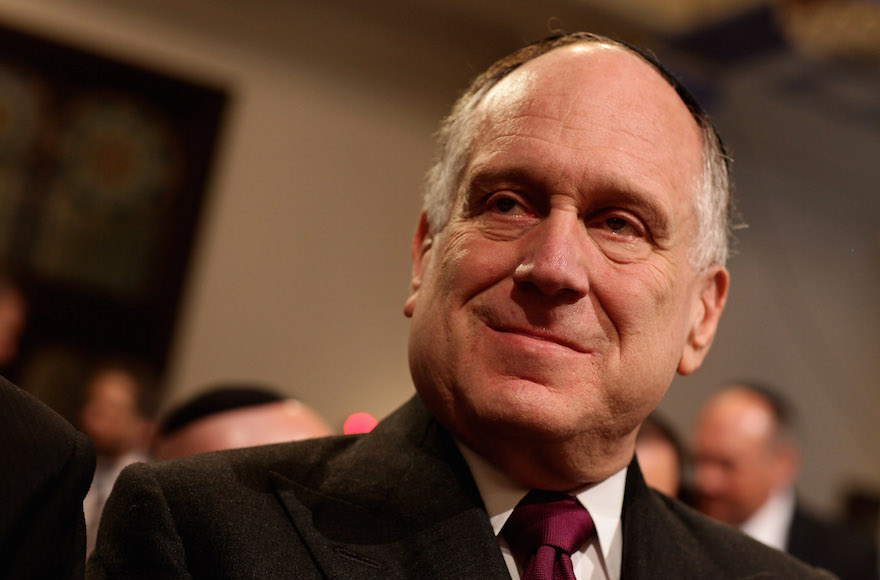 The opening last week of the Ronald S. Lauder Day School in Sofia is a significant development for the some 6,000 members of the Jewish minority in Bulgaria.

Lauder, the president of the World Jewish Congress and a major donor to Jewish communities and organizations, attended the school’s opening in Sofia, the capital, on Sept. 15, WJC said in a statement.

Prior to the opening of the school, whose 88 students are all under 12, Bulgarian Jewry had a Jewish school in the Lauder-ORT No. 134 “Dimcho Debelianov” Jewish School in Sofia. However, No. 134 is a public school that in 1998 received, with support from the Lauder Foundation, some Jewish-oriented content, including Hebrew language classes, in addition to its regular curriculum.

“During the past 20 years, we achieved many targets, but this is not the ‘Jewish school’ that can lead the Jewish community of Bulgaria to further development and enhancement,” Becca Lazarova, director for Bulgaria of the Ronald S Lauder Foundation, told the Sofia Globe about No. 134.

“What do we want from the school? We want the children to be proud of being Jewish. In order to be proud, they have to know what they’re proud of, and why,” Lauder said at the Sept. 15 inauguration of the new school.

In 2010, the American Jewish Joint Distribution Committee, or JDC, opened with the Shalom Bulgarian Jewish community a Jewish kindergarten. Dozens of children attend the kindergarten.