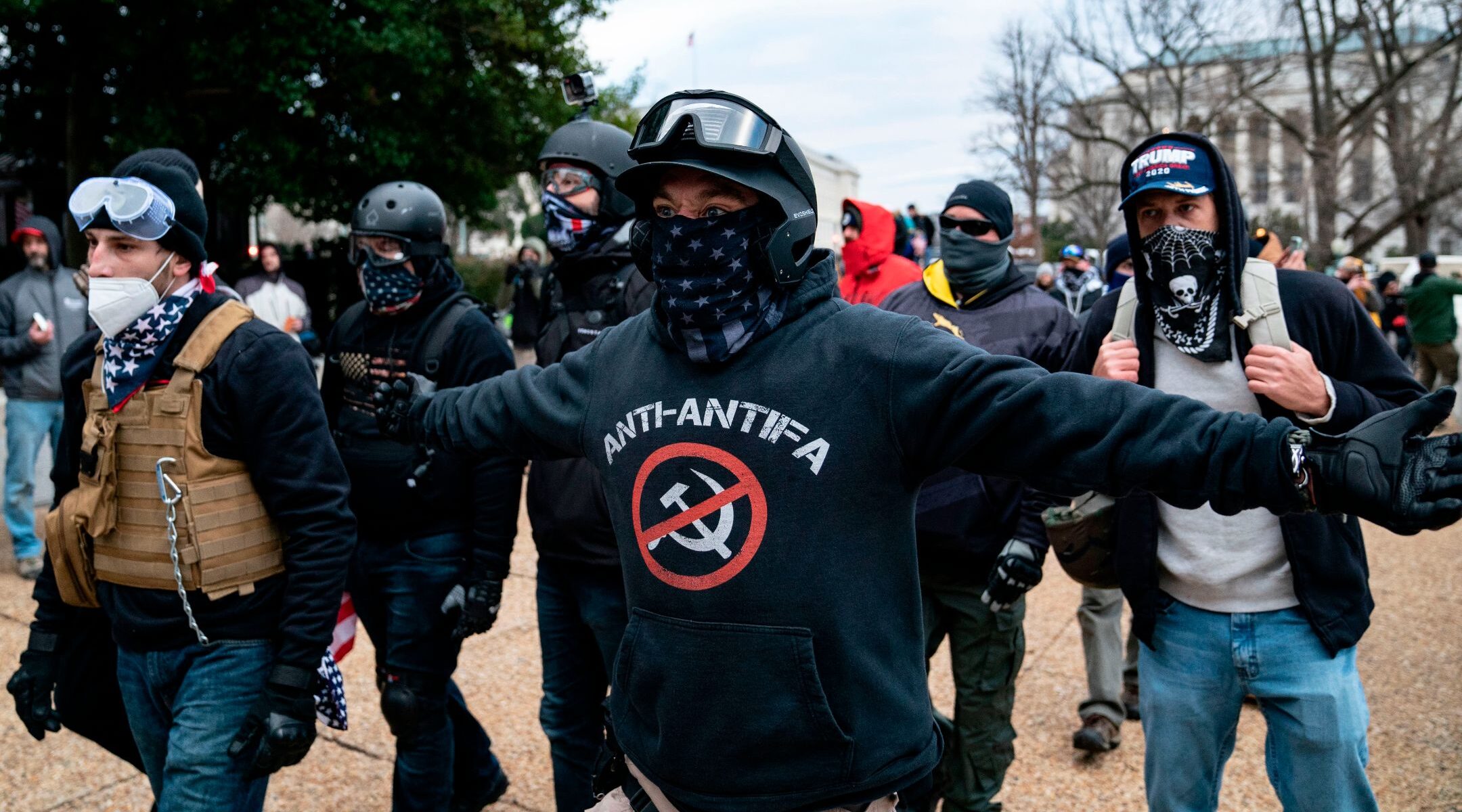 Protesters who claim to be members of the Proud Boys gather with other supporters of President Donald Trump to protest outside the U.S. Capitol, Jan. 6, 2021. (Alex Edelman/AFP via Getty Images)
Advertisement

MONTREAL (JTA) — Canada designated the Proud Boys as a terrorist group on Wednesday less than a month after the far-right group allegedly took part in the deadly riot at the U.S. Capitol.

The addition of the Proud Boys on Canada’s list appeared to mark the first time that the U.S.-based group was formally designated as terrorist.

Along with the Proud Boys, Public Safety Minister Bill Blair announced the addition of three others to the terrorist list: Atomwaffen Division and The Base, white supremacist groups based in the United States, and the Russian Imperial Movement based in Russia.

All the groups have trafficked to varying degrees in anti-Semitism.

U.S. Jewish groups are pressing the government to create a category for designated domestic terrorism groups. The United States now designates only foreign groups as terrorists.

Canada’s list of terrorists includes Islamist groups such as ISIS, al-Qaida and al-Shahab.

Canadian officials who spoke anonymously to journalists after the Capitol riot in January described the Proud Boys as a “neo-fascist organization that engages in political violence” and who “espouse misogynistic, Islamophobic, anti-Semitic, anti-immigrant, and/or white supremacist ideologies and associate with white supremacist groups.”

The Capitol riot was spurred by former President Donald Trump’s false claims that he won the election. The rioters were trying to stop Congress from certifying Joe Biden’s win.

Canada began listing far-right groups on its terror watch list in 2019, initially with neo-Nazi groups like Blood and Honour and Combat 18.

The Centre for Israel and Jewish Affairs’ David Coopers reportedly said that it “is deeply concerned by the rise of white supremacist groups like the Proud Boys.”