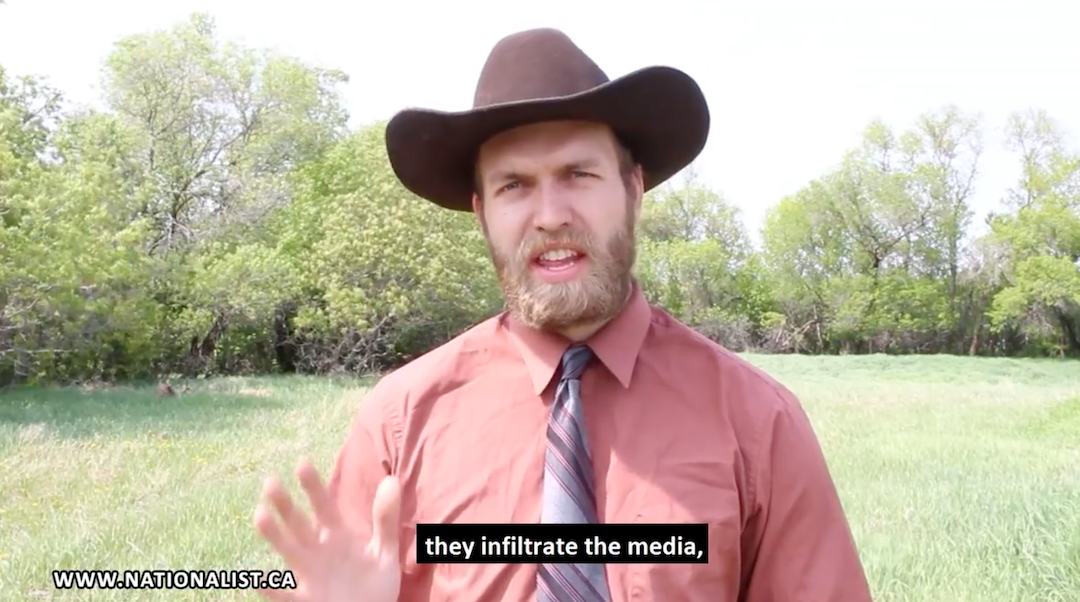 Travis Patron, the leader of the Canadian Nationalist Party, called for the removal of Jews from Canada. (Facebook screenshot)
Advertisement

MONTREAL (JTA) — The Royal Canadian Mounted Police has opened an investigation into a fringe right-wing politician who called for the removal of Jews from Canada.

In a flyer and a video posted on Facebook on Saturday, Travis Patron, the leader of the Canadian Nationalist Party, describes Jews as “swindlers,” “snakes,” “inside manipulators,” and a “parasitic tribe.”

“If they had their way, our entire way of life would be eradicated,” Patron says in the video. “They don’t like us. In fact, they despite us because of what we are and the spirit we represent. They cannot coexist with it. And what we need to do, perhaps more than anything, is remove these people once and for all from our country.”

In a news release Monday, the Toronto-based Friends of Simon Wiesenthal Center for Holocaust Studies said that a police investigation into the video was launched last summer after the video was first shared online.

Shimon Koffler Fogel, CEO of the Centre for Israel and Jewish Affairs, the advocacy arm of the Jewish Federations of Canada, said Patron might not only be breaking Canada’s hate laws, but inciting actual violence against Jews.

“It is absolutely outrageous that such vile hatred would take up any space in the public square,” Fogel said. “Such dangerous and dehumanizing language has all too often led to violence.”

The video and flyer, both titled “Beware The Parasitic Tribe,” says Jews “infiltrate the media, they hijack the central bank, and they infect the body politic like a parasite.”

Fogel said CIJA is contacting other social network platforms because, in its view, Patron’s posts are a “clear violation” of community guidelines.

”Enough is enough,” he said.