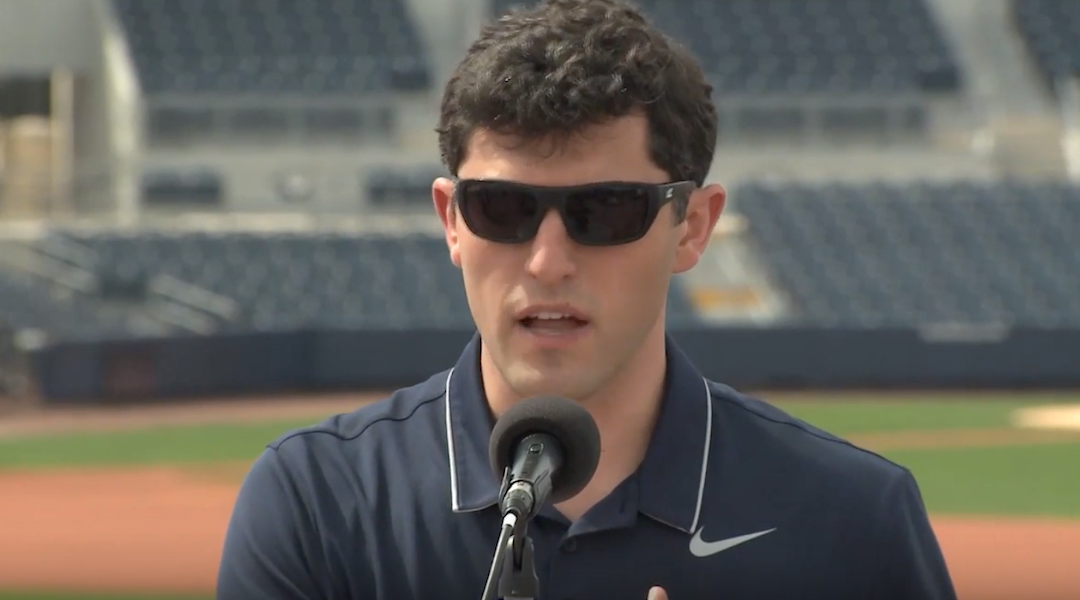 Chaim Bloom is the new head of baseball operations for the Boston Red Sox. (Screenshot from YouTube)
Advertisement

Bloom, the senior vice president of baseball operations for the Tampa Bay Rays since 2016, agreed to a contract on Friday, but the official announcement will not take place until at least Monday, the Boston Globe reported.

Tablet reported that Bloom, his wife and two sons live close to the Rays Tropicana Field so that Bloom, 36, can walk to home games on Friday night.

He attended Solomon Schechter and Akiba Academy Jewish day schools while growing up in Philadelphia.

The Red Sox finished the recently completed season with a record of 84-78 after winning the World Series in 2018. The club missed the postseason for the first time since 2015.

Bloom frequently has to explain that his name is pronounced High-em, telling Tablet Magazine in an interview in April that he has given up on people pronouncing the guttural “ch” sound.

He graduated from Yale University in 2004 and was an intern with Major League Baseball and the San Diego Padres before joining the Rays, where he has worked for the past 15 years.