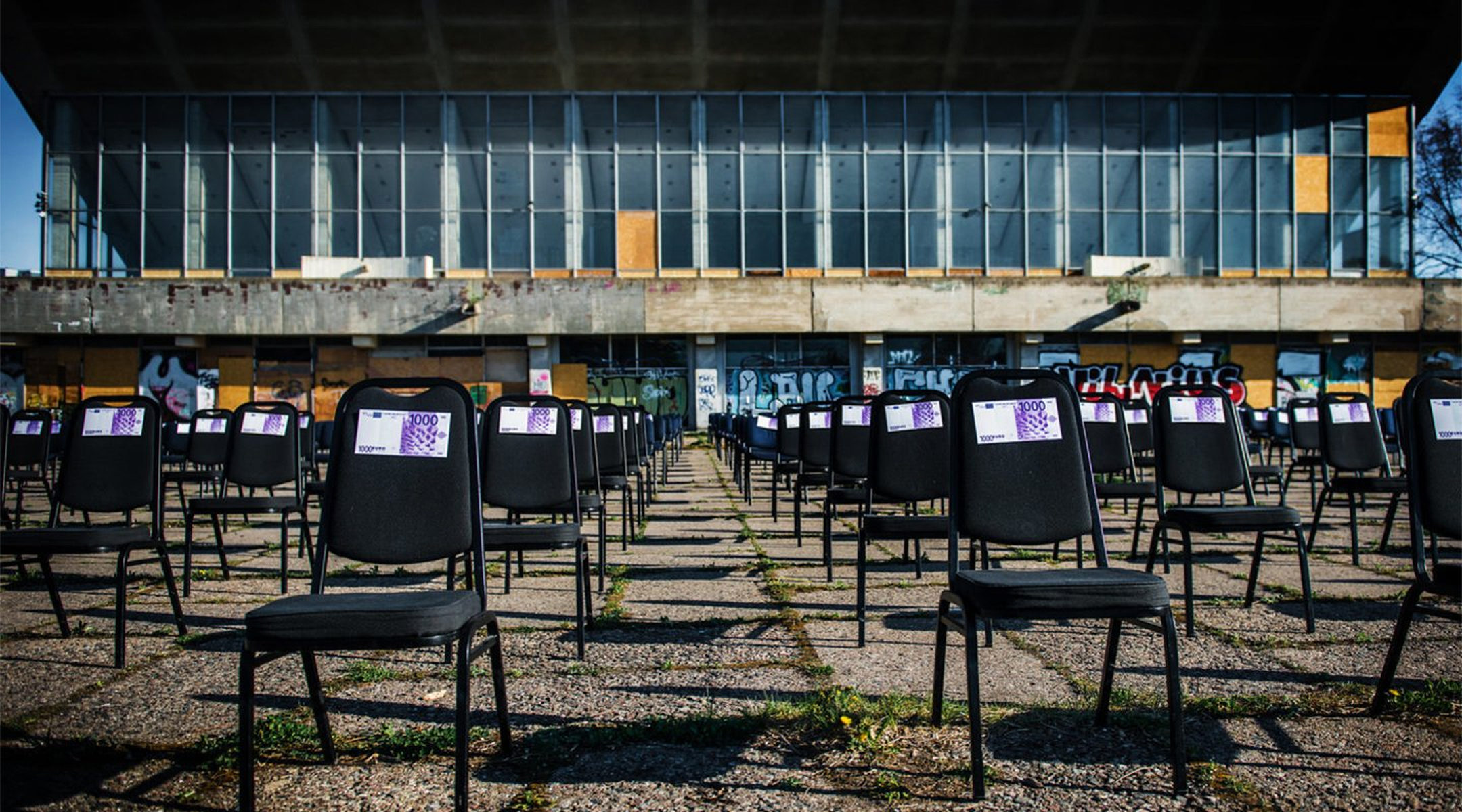 Chairs with fake money notes standing next to the decaying Palace of Concerts and Sports of Vilnius, Lithuania on May 1, 2020. (Courtesy of the display's organizers)
Advertisement

(JTA) — Hundreds of chairs with fake money on them were placed atop what used to be a Jewish cemetery in Lithuania to protest delays in plans to build a conference center on the grounds.

The display, organized Friday by tourism bosses at the decaying Palace of Concerts and Sports of Vilnius, was meant, according to the Lrytas news site, to underline how much money is being lost by the delays, which are connected to protests by Jewish groups over planned construction.

“We have been waiting for the Congress Center to be located in this place for many years, but in the face of the crisis, it is becoming critical for our sector,” Evalda Šiškauskienė, the president of the Lithuanian Hotel and Restaurant Association, or NTVA, said of the display.

Defending History, an organization and news site that has been at the forefront of efforts to block the construction plan, condemned the display.

“This grotesque, unashamed show of money on top of the graves says it all,” the group wrote in a statement.

The plan is to build a $25 million center above the former Snipiskes Cemetery, which the Soviets destroyed decades ago to build a sports center. Many Jewish sages are buried in the area. Experts disagree over whether the foundations for the planned center would be laid atop human remains.