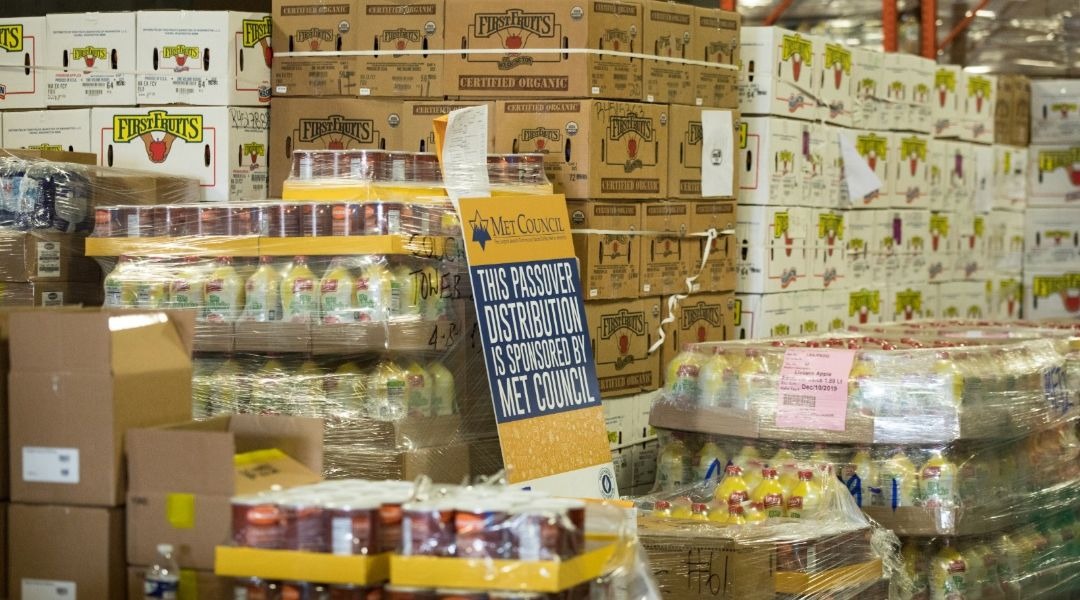 The Metropolitan Council on Jewish Poverty is distributing kosher-for-Passover food for more than 181,000 New Yorkers from 129 locations across New York for the 2019 holiday. (Courtesy of Met Council)
Advertisement

(JTA) — The Metropolitan Council on Jewish Poverty, known as Met Council, will distribute kosher-for-Passover food for the needy at 129 locations across New York.

More than 181,000 New Yorkers will receive food before Passover from Met Council, which calls itself “America’s largest free kosher for Pesach food distribution.”

“This year we gave out more food to more people at more locations than ever before,” David G. Greenfield, CEO of Met Council, said in a statement. “As importantly, we gave out higher quality food.”

Met Council also distributed more than 2,100 Visa credit cards each loaded with up to $500 for families who need extra assistance to buy food for the holiday.

The meals will be served at communal holiday meals and are also provided to homebound people.

In addition, 10,800 boxes of holiday food staples and fresh fruits and vegetables have been prepared and delivered to the doors of families in the National Food Security initiative, a program of the Ministry of Welfare implemented by Colel Chabad.

The charity is working this year with Leket Israel, which has provided its facility in Raanana and volunteers for sorting and preparing the food packages and as a distribution point.