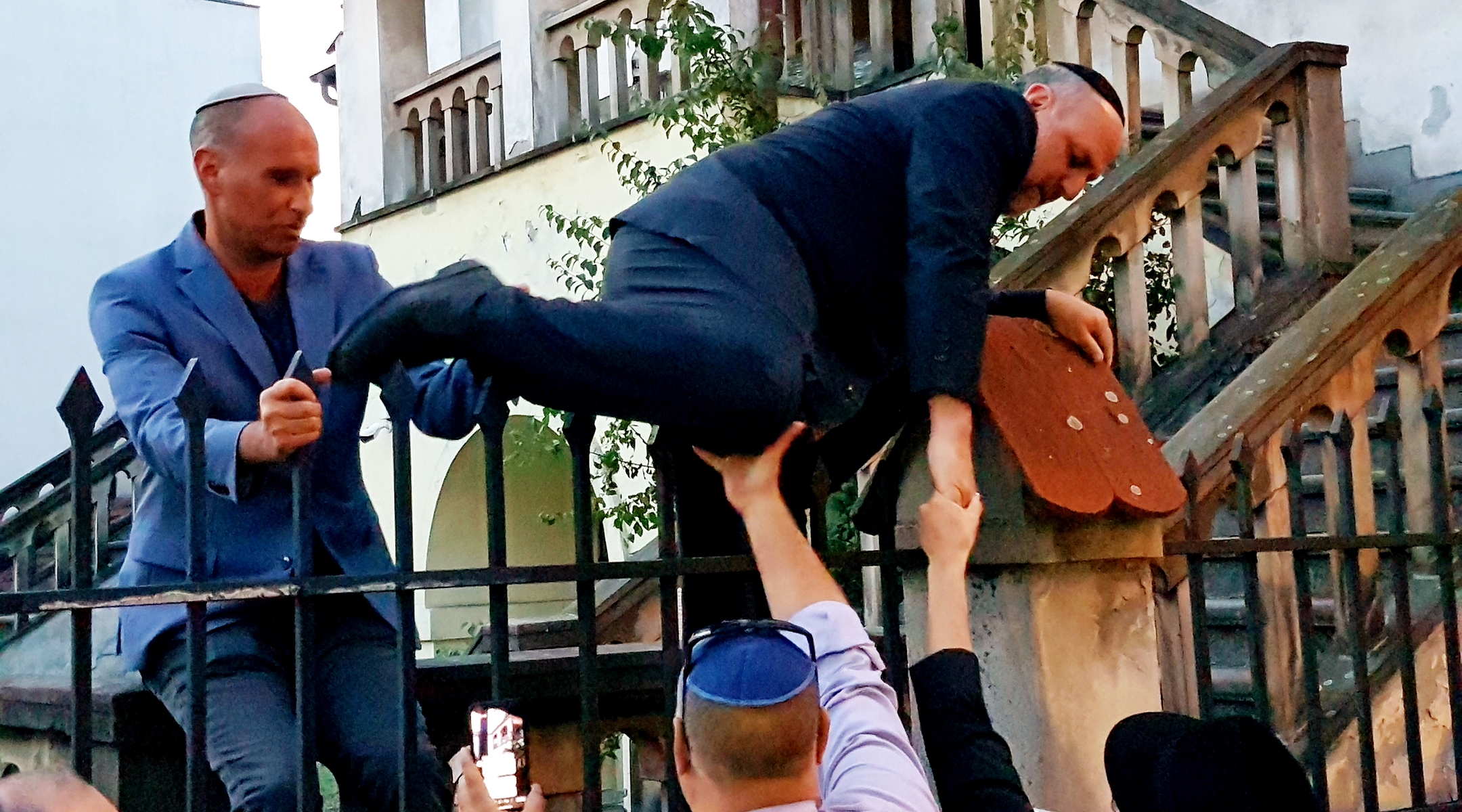 (JTA) — Police in Krakow briefly detained the chief rabbi of Poland after he tried to climb the fence of a synagogue whose congregation has been evicted by leaders of that city’s Jewish community.

In the unusual incident Thursday at Krakow’s Izaak Synagogue, Rabbi Michael Schudrich was asked to explain his actions and present his identity card to police officers monitoring a protest rally outside the synagogue, which Schudrich attended.

A standoff situation evolved, in which dozens of Jewish protesters, many from Gurary’s congregation, came Wednesday and Thursday to protest the synagogue’s closure. Schudrich on Thursday joined the protest and climbed the fence as media filmed the incident.

The Jewish Community of Krakow has a few dozen official members and is run by Tadeusz Jakubowicz and his daughter, Helena. It owns property worth millions of dollars.