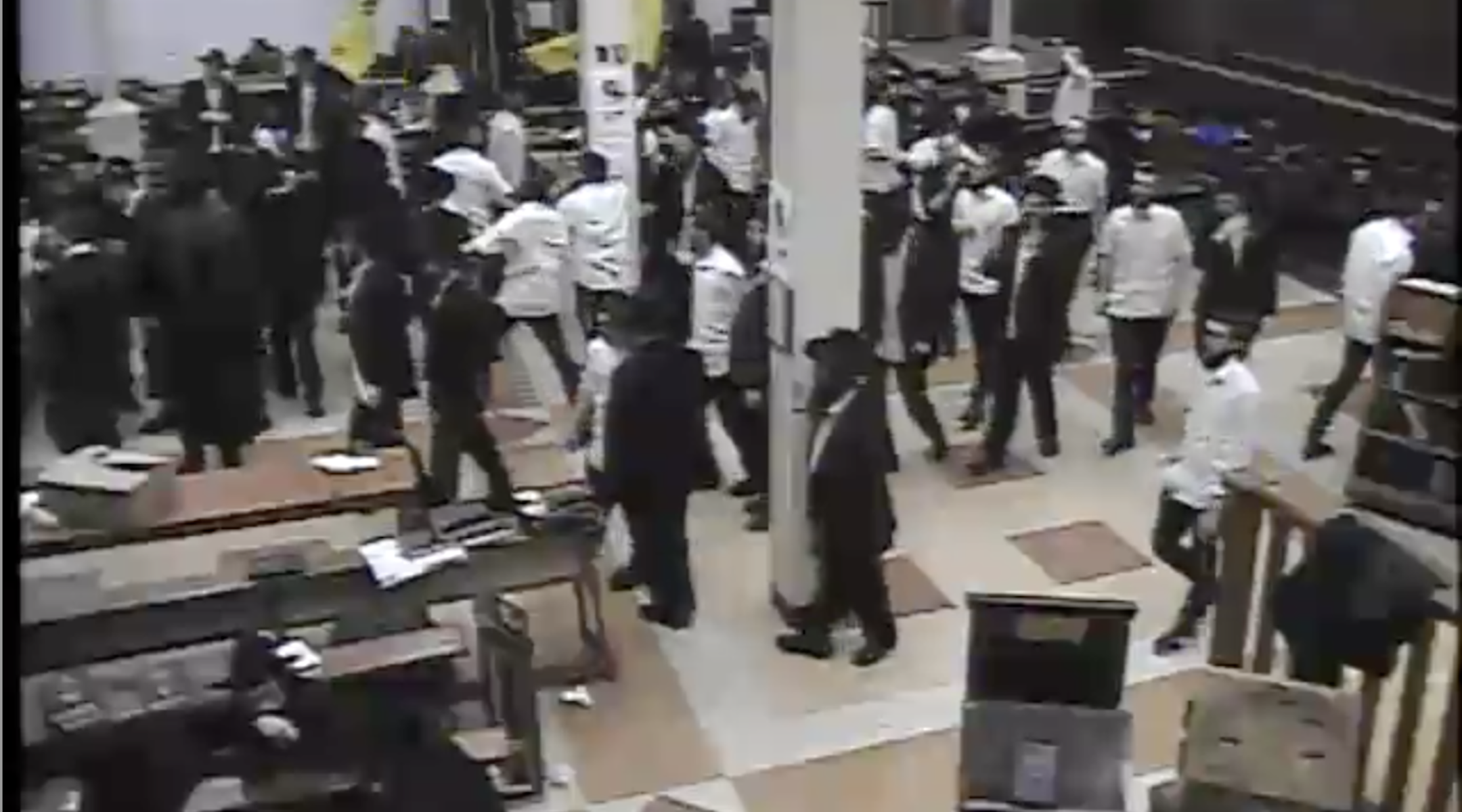 Followers of the Chabad movement dance just before 770 Eastern Parkway's closure because of the coronavirus. (Screenshot)
Advertisement

(JTA) — As the world shut down around it, the Brooklyn headquarters of the worldwide Chabad movement carried on as usual — until late Tuesday night, when its neighborhood’s rabbinic leadership ordered synagogues closed to combat the spread of the coronavirus.

All week, men came and went from the massive building in the Crown Heights neighborhood, crowding in for prayer services and study sessions.

After news broke that the headquarters at 770 Eastern Parkway would close amid global efforts to stop the spread of the coronavirus, there was a final prayer service where worshippers stood shoulder to shoulder. A raucous dance party stretched late into the night.

The building, known among followers of the Hasidic Jewish movement as 770, has never closed, according to Chabad.info, a movement website that confirmed the closure.

The closure, which was first reported by the Orthodox news service COLlive.com, came after days in which it was unclear how seriously some in the neighborhood were taking the COVID-19 pandemic. Even as other synagogues around the globe curtailed their Purim parties more than a week ago and called off Shabbat services last weekend, 770 and the surrounding neighborhood continued to bustle.

A celebration Saturday night drew at least 100 men to the building, according to a video Chabad posted on YouTube. And COLlive reported that the head of 770 said on Tuesday that he had no plans to close the building, though visitors over 65 had been discouraged from entering.

Then it became clear that Crown Heights was emerging as a coronavirus hotspot in New York City. The New York Times also reported about a wedding in South Williamsburg, another Brooklyn neighborhood with many Hasidic residents, that drew at least 200 people in violation of city regulations barring large gatherings.

The decree came nearly a week after the first coronavirus-induced local rabbinic prohibition on communal Jewish activity, in Bergen County, New Jersey, and did not go nearly as far. While the rabbis in Bergen County explicitly prohibited in-home group prayer, the Crown Heights decree does not mention home minyanim, or prayer quorums, for example.

“May we be zoche [worthy] to the eradication of all illness with the coming of Moshiach NOW,” the Crown Heights ruling concludes, using the Yiddish word for the Messiah.