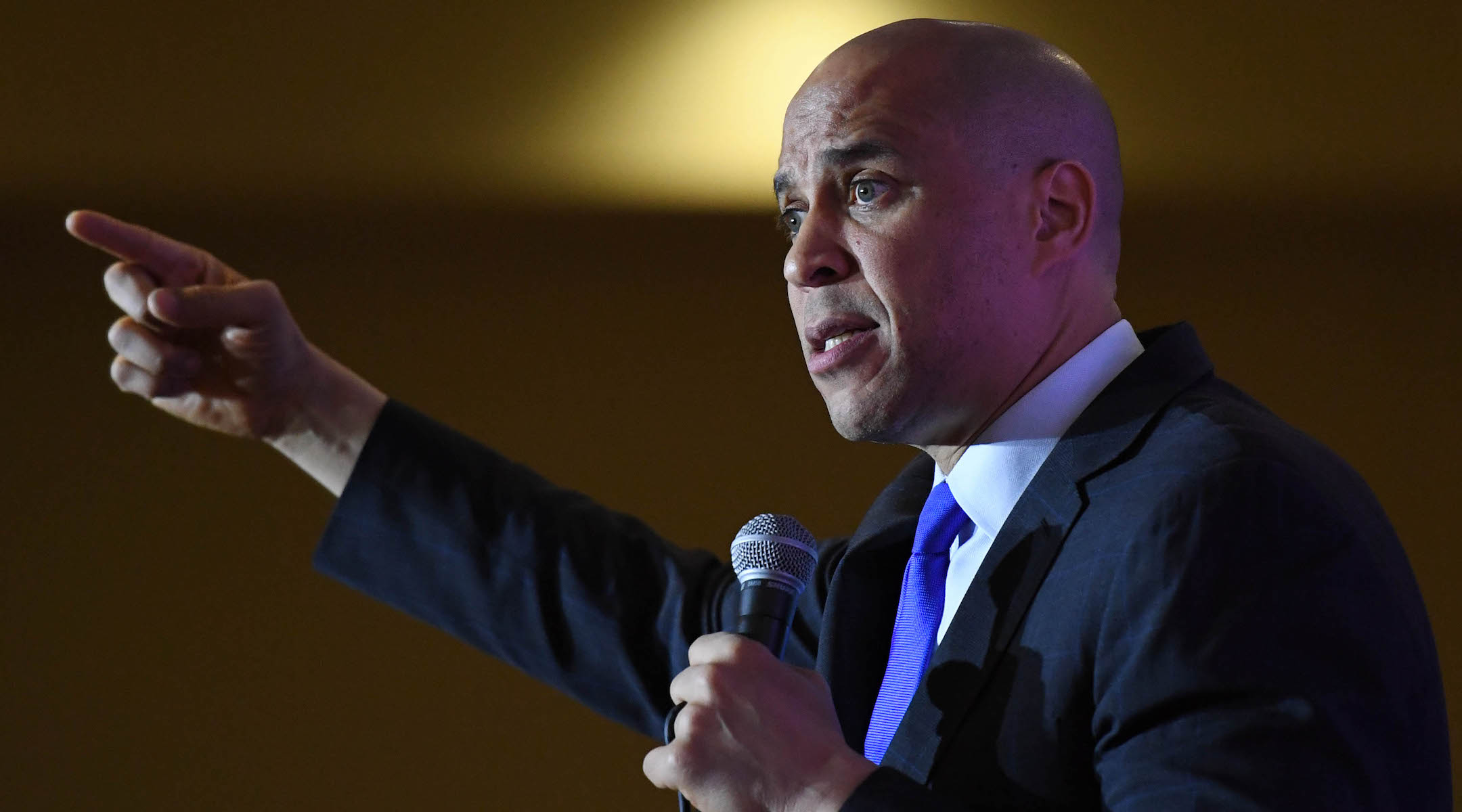 (JTA) — Cory Booker showed off his Hebrew at a CNN Town Hall on Wednesday night.

Asked by a pastor how his faith would influence him as president, the New Jersey senator and 2020 Democratic presidential candidate talked about how he was raised by a Christian mother who taught Sunday school and said “Christ is the center of my life.”

But then Booker said, “Can I quote some Hebrew to you?”

“I studied the Torah, too,” he said. “There’s a song sung during the High Holidays: ‘Ki veiti beit t’fila yikareh l’chol ha’amim’ — ‘May my house be a house of prayer for many nations.’

“We are the United States of America. We were not formed as a theocracy. We were formed on the ideal that many of us in our diversity can come together and create one strong whole. And if I am president of the United States, I will fight every day to put more indivisible into this one nation under God.”

This isn’t the first time Booker has recited some Hebrew in a speech — he displayed the same skills for Yale’s 2013 graduating class. That same year Jeffrey Goldberg, now the editor in chief of The Atlantic, said Booker knows more Torah than most of the Senate’s Jewish members.

Booker’s love for Judaism can at least partially be traced back to the roots of his friendship with the prominent rabbi Shmuley Boteach, whom he met while studying at Oxford. Boteach was a spiritual leader for Oxford students at the time.

“I would give him [James] Baldwin and” W.E.B. Du Bois, Booker told The New York Times in 2002 during his first run for Newark mayor, describing his relationship with Boteach, “and he would give me Hillel.”