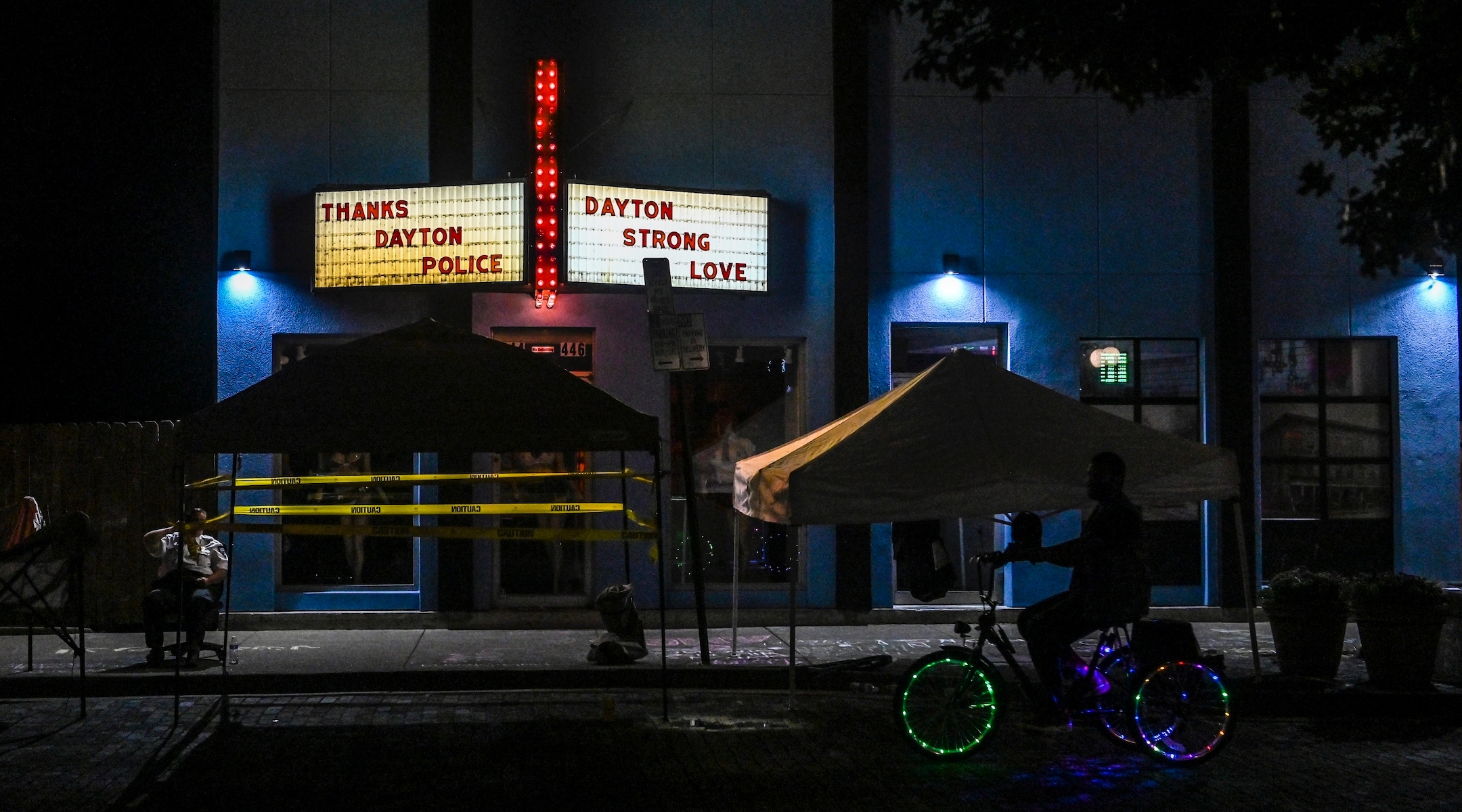 (JTA) — The gunman who killed nine people in Dayton, Ohio, showed an ex-girlfriend a video of the Pittsburgh synagogue shooting on their first date.

A woman who briefly dated Connor Betts, 24, earlier this year wrote about his troubling behavior in an essay posted Tuesday on Medium.

Betts opened fire outside a bar early Sunday, killing his sister and eight others before being shot dead by police.

Adelia Johnson wrote that the pair had bonded over mental health problems after meeting in a college course in January. Betts said that he suffered from bipolar disorder and possibly obsessive compulsive disorder. Johnson said Betts told her that he had dark thoughts and joked about wanting to hurt people.

On their first date in March, Johnson recalled, Betts asked her if she had seen a video of the shooting at the Tree of Life synagogue in Pittsburgh in October that left 11 dead. She said she had not.

“He pulled out his phone and I was too drunk to care that I was watching it,” she wrote. “Thankfully the bar was too loud for me to hear what was going on. Connor gave me the play-by-play of what was happening. Even then, I did realize that that was a weird thing for a first date, but not too weird given the context of our class. In our Social Psychology class, we regularly got off-topic to talk about serial killers, Ted Bundy was a hot topic given all of the media attention he was getting.”