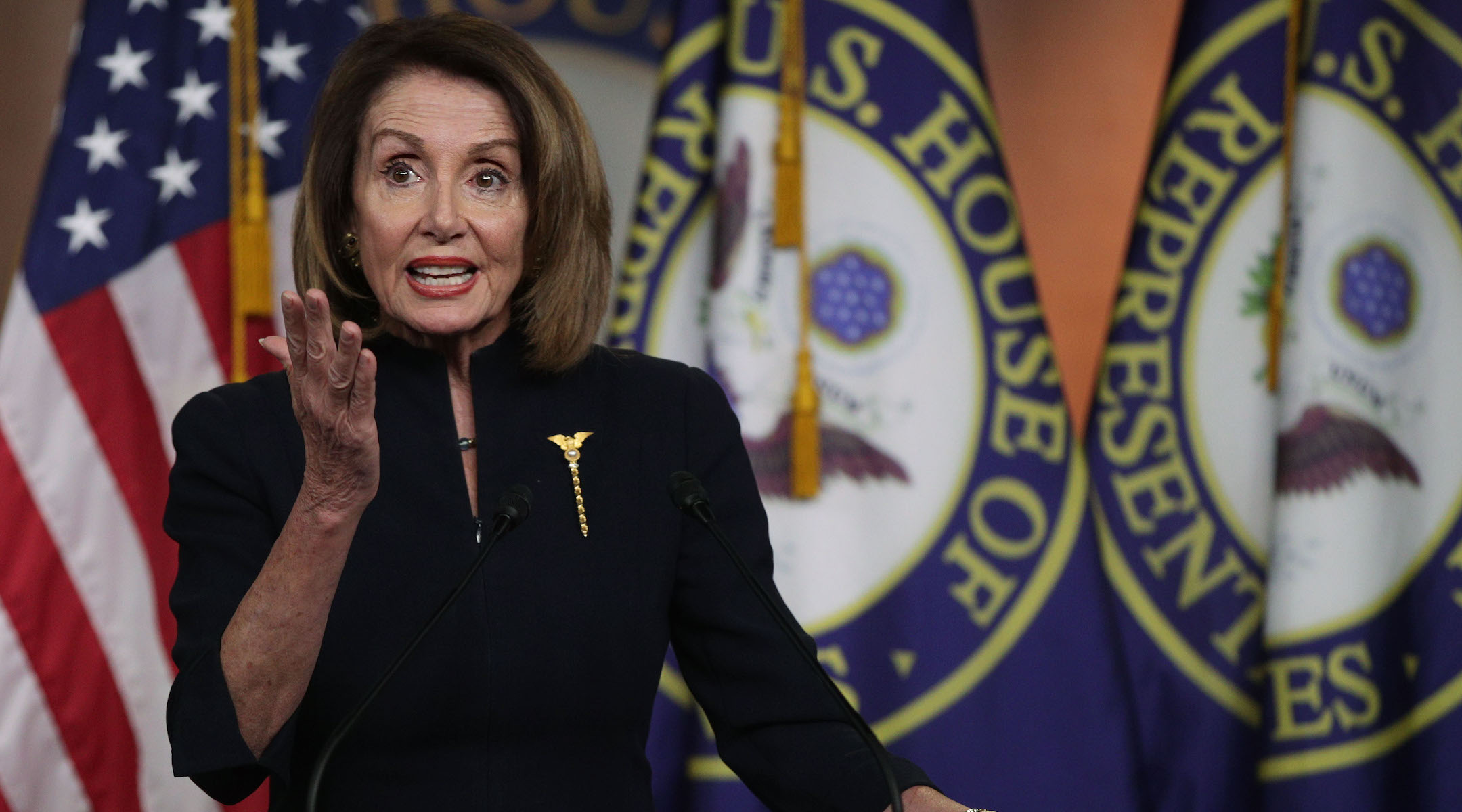 WASHINGTON (JTA) — A resolution advanced by the Democratic leadership in the U.S. House of Representatives condemns anti-Semitism in the wake of controversial remarks by Rep. Ilhan Omar, D-Minn., who has said that domestic support for Israel amounts to “allegiance to a foreign country.” It does not name her, however.

A source confirmed to the Jewish Telegraphic Agency that the Democratic leadership of the U.S. House of Representatives, including the Speaker, Nancy Pelosi of California, was drafting the resolution.

A draft of the resolution posted Monday afternoon on Twitter by a USA Today reporter does not name Omar. However, it alludes to the controversy. In its preamble, the resolution lists multiple forms of anti-Semitism, including accusations of dual loyalty, which, the resolution says, “have an insidious, bigoted history.”

It also appears to address what Democrats have deemed to be anti-Semitic comments by Republicans. Most recently Rep. Jerry Nadler, D-N.Y., the chairman of the Judiciary Committee, slammed Rep. Jim Jordan, R-Ohio for using a dollar sign in a tweet to spell the name of Tom Steyer, a billionaire whose father is Jewish. Jordan in the tweet suggested Nadler was pursuing inquiries into the dealings of President Donald Trump at the behest of Steyer. The resolution lists as a “dangerous” myth that “Jews control the banks, media, and U.S. government … and that Jews are obsessed with money.”

In its action section, the resolution “acknowledges the dangerous consequences of perpetuating anti-Semitic stereotypes” and “rejects anti-Semitism as hateful expressions of intolerance that are contradictory to the values that define the people of the United States.”

The Anti-Defamation League called for such a resolution earlier in the day. ADL CEO Jonathan Greenblatt cited a remark Omar made last week at a Washington bookstore event, as well as past controversies, in a letter to Pelosi.

“In light of these additional anti-Semitic statements by Rep. Omar, we ask that you give the entire Congress an opportunity, through a House resolution, to voice its rejection of her latest slur and make clear that no matter what may divide the 435 members of the House of Representatives, they are united in condemning anti-Semitism,” Greenblatt said.

It is not clear yet whether Omar will be censured in any way, or if there will be other consequences. A number of right-wing Jewish groups want Omar removed from the Foreign Affairs Committee.

Democrats joined Republicans last month in a generalized condemnation of anti-Semitism that did not name Omar, who voted for the language.