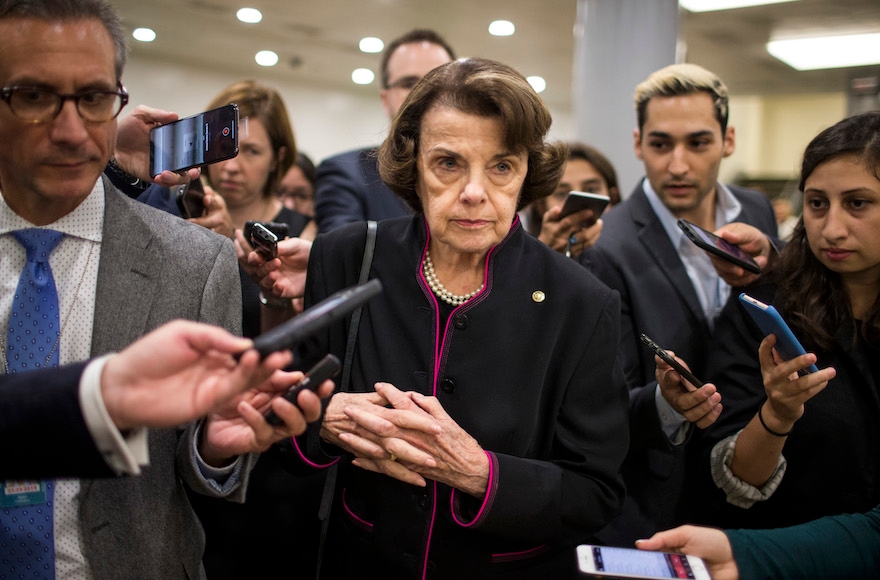 (JTA) — Sen. Dianne Feinstein has no plans to leave the Senate, she told Gerald Skelton, a sympathetic Los Angeles Times columnist, in a column posted Thursday.

“I don’t feel my cognitive abilities have diminished,” she said.

The longtime Jewish senator, who is 87, last month said she would not seek to keep her influential spot as top Democrat on the Senate Judiciary Committee. She said she preferred to focus on climate change, which she said is posing grievous dangers to California, where an intense season of wildfires added to the state’s pandemic woes.

That didn’t stop pressure on her to leave her Senate. Reports that her mental acuity is diminishing surfaced, and a photo of her hugging the committee chairman, Lindsay Graham, R-S.C., after contentious confirmation hearings for Supreme Court Justice Amy Coney Barrett, went viral.