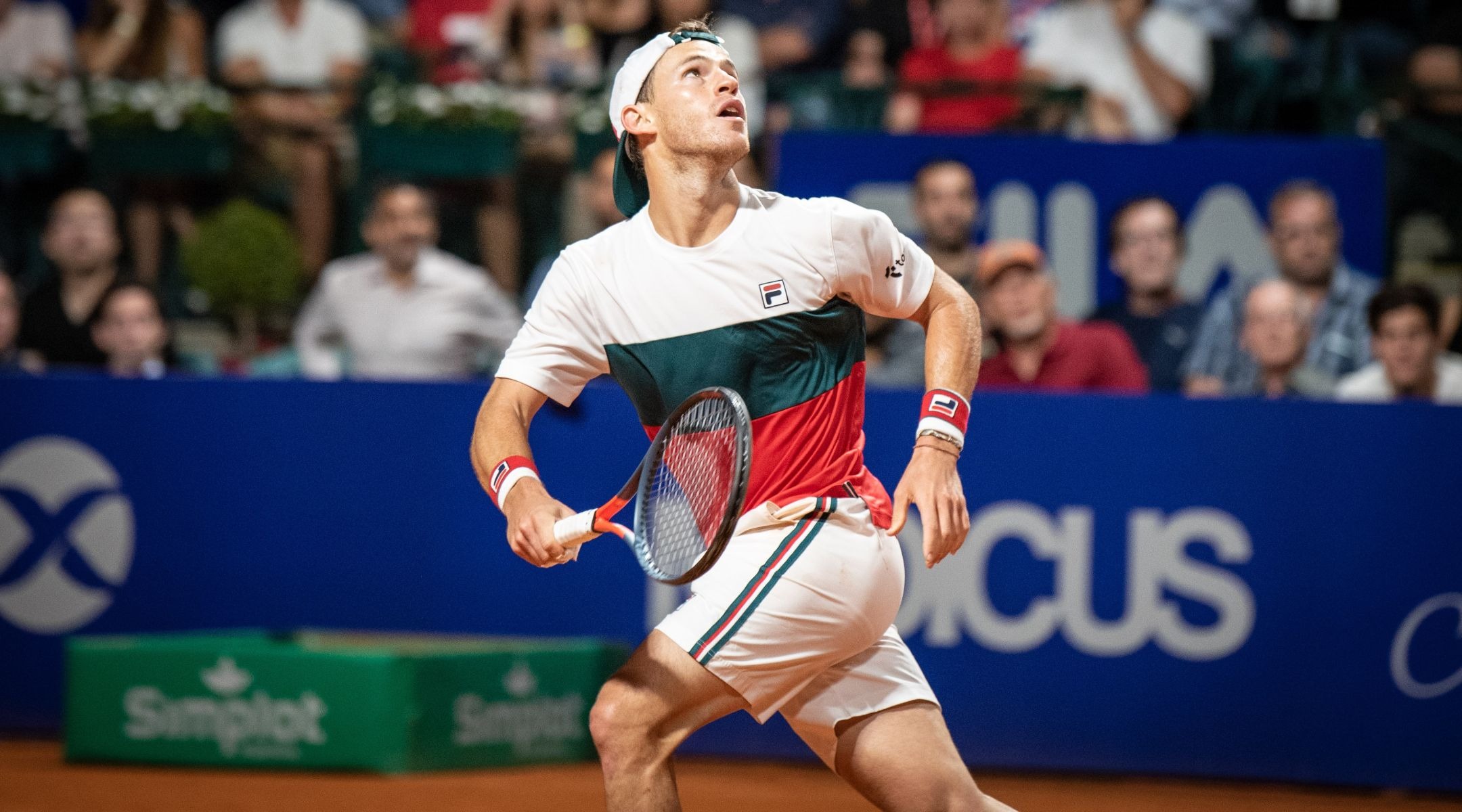 Argentine tennis star Diego Schwartzman controls the ball, playing through the first major injury of his career, during a quaterfinal match of the Buenos Aires Open in Argentina on Feb. 14, 2020. (TF-Images/Getty Images)
Advertisement

BUENOS AIRES, Argentina (JTA) — Hometown hero Diego Schwartzman fought through a late groin injury to win a nearly four-hour quarterfinal match in the Buenos Aires Classic, but the Jewish player had to forfeit in the semifinals.

Schwartzman, the top seed, defeated Uruguay’s Pablo Cuevas, 5-7, 7-6 and 7-5, on Friday night despite the injury in the last two games and earned a standing ovation. At 3 hours, 42 minutes, it was the longest match in the history of the Buenos Aires tournament.

It is not clear when he will return to the court.

“The doctors told me not to play,” said Schwartzman, who is No. 14 in the world rankings. “Any physical activity was going to leave me much longer outside the courts.”

He also said the recovery time will be between two and three weeks, which would keep Schwartzman out of tournaments in Brazil and Chile. His availability for the Davis Cup series on March 6-7 is questionable.

Schwartzman grew up in a Jewish family in Buenos Aires and rose as a tennis player in the Hacoaj JCC sports club in the Argentine capital.