Dozens of headstones smashed at fire-ravaged Jewish cemetery in Romania 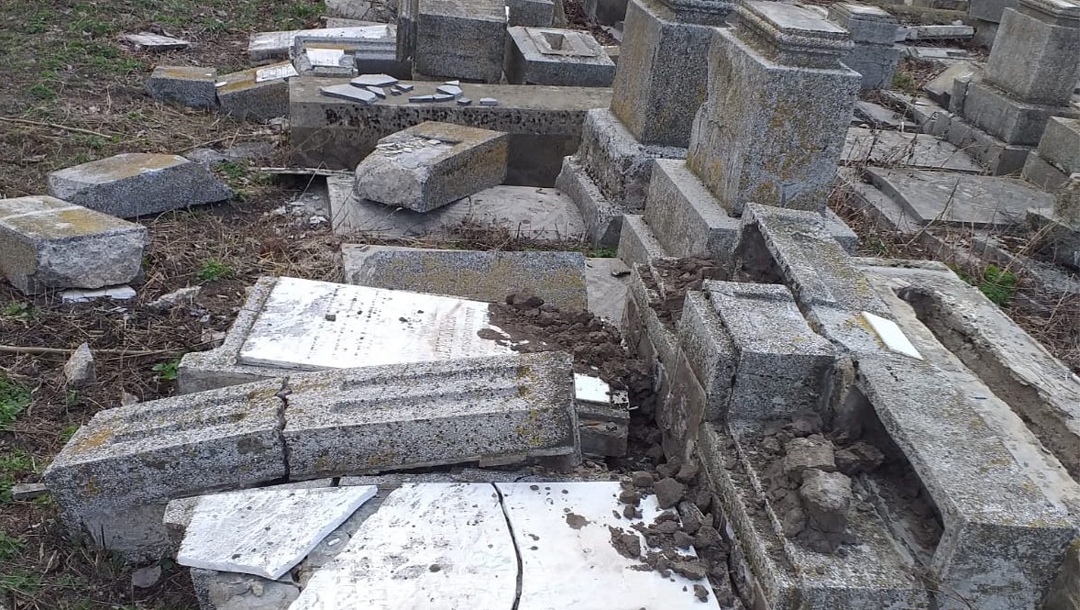 The aftermath of vandalism at the Jewish cemetery of Husi, Romania in April 2019. (Courtesy of Fedrom)
Advertisement

(JTA) — Days after Romanian media reported about neglect at the Jewish cemetery of Husi in the country’s northeast, 73 of its headstones were smashed in a suspected hate crime.

The vandalism in Husi, which used to have a large Jewish community, is one of the worst reported cases in Europe this year.

The Fedrom umbrella group of Romanian Jews condemned the vandalism in a statement published Wednesday.

“Such events of a profoundly anti-Semitic nature cannot be accepted in the democratic world, and seriously affect democracy in Romania,” wrote Aurel Vainer, who heads Fedrom.

Police are investigating the vandalism there, which closely followed a report on the Ziar news website titled “Husi’s Jewish cemetery looks like it’s been bombed.” The report was about the severe neglect there that followed a fire that raged in the cemetery for two hours last month.

In neighboring Moldova, at least 80 headstones were smashed last week during restoration work on Chisinau’s old Jewish cemetery. The head of Moldova’s Inspection and Restoration of Monuments Agency, Ion Ştefanita, told Unimedia that the damage was caused by felled trees. Cutting them so they would have not smashed headstones would have endangered restoration workers, he said.

Separately, a rabbi’s headstone in the Polish city of Czestochowa was also vandalized last month. It was the second act of vandalism recorded there since December.