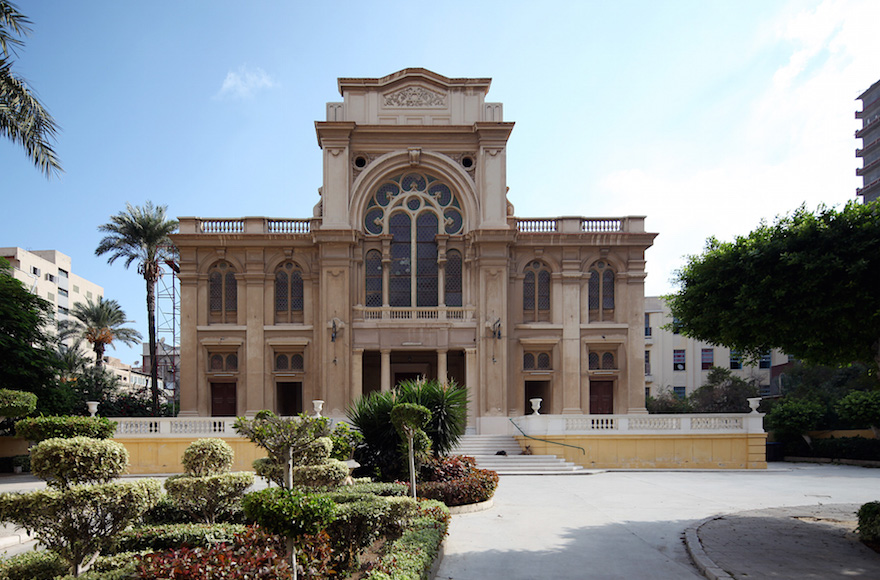 (JTA) — They came from around the world, dozens of Jews of Egyptian origin, to celebrate a Sabbath service at the newly renovated 14th-century synagogue in Alexandria.

Participants described a “very, very emotional” service at the Eliyahu Hanavi Synagogue, the last active one in the Egyptian city, The Times of Israel reported.

One of the two rabbis leading the service was Yosef Nefussi, the son of the final Alexandria rabbi. He was joined by Rabbi Andrew Baker, director of International Jewish Affairs for the American Jewish Committee.

Among the some 180 participants were the U.S. Ambassador to Egypt, Jonathan Cohen, and the former Israeli ambassador, David Govrin, as well as local cultural attaches.

Twelve of the synagogue’s approximately 60 Torah scrolls were removed from the ark for the service, which was organized by the Nebi Daniel Association, a group dedicated to the preservation of Jewish sites in Egypt.

Alexandria once was home to up to 40,000 Jews but now just has a handful. Fewer than 20 Jews are estimated to still be living in all of Egypt.

In its current form, the synagogue dates to the 1800s, but was built atop an original building dating to 1354. It can seat over 700 people and is considered one of the largest synagogues in the Middle East.

Renovations included the structural reinforcement of the synagogue, the restoration of its main facade, decorative walls, and brass and wooden objects, and the development of its security and lighting systems, the Antiquities Ministry said in a statement in December.