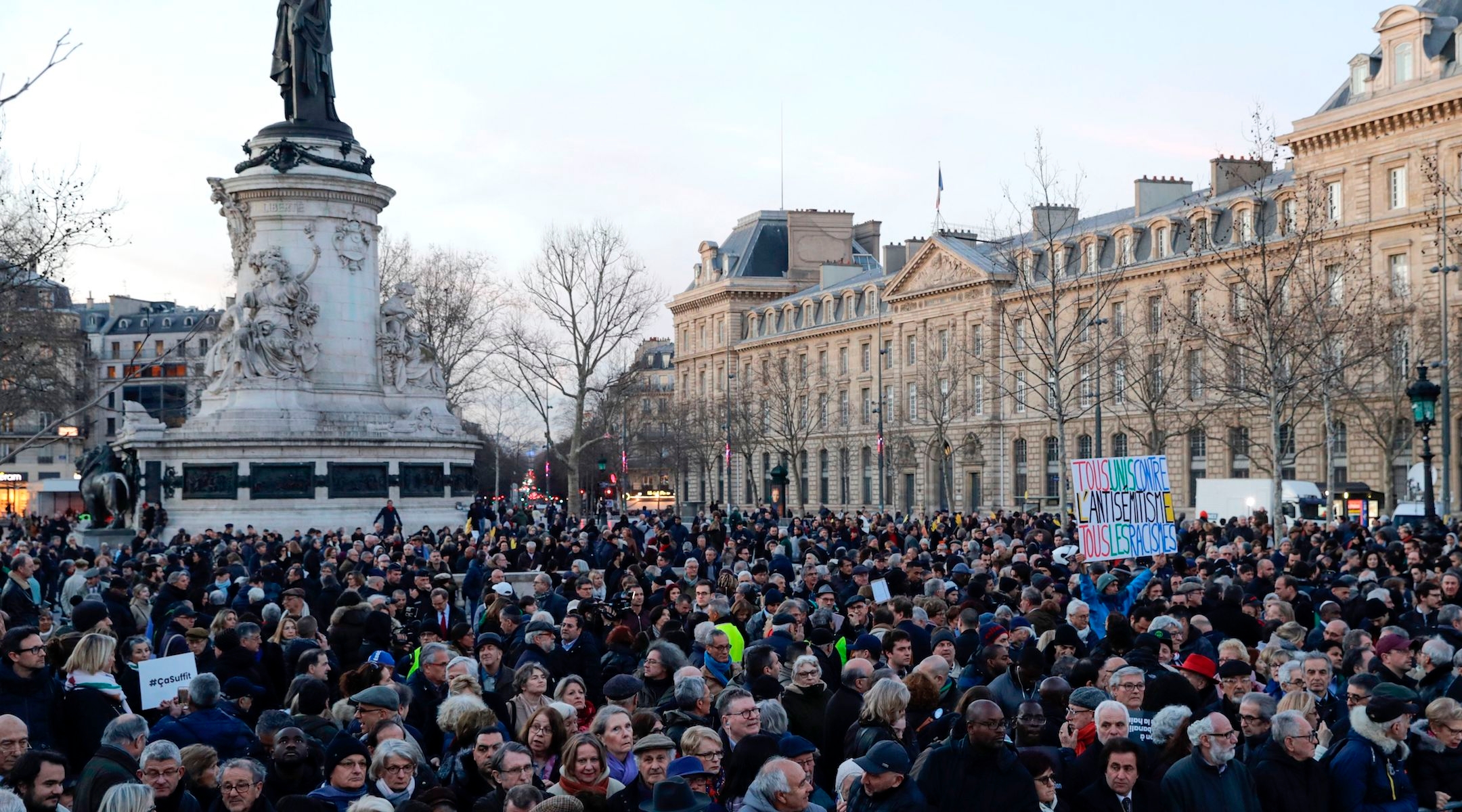 (JTA) — Drunk students smashed several headstones at the only functioning Jewish cemetery in Bordeaux, police said, adding this was not an anti-Semitic incident.

The three male students, one of whom was arrested, smashed the headstones Friday night at the Portuguese Jewish Cemetery of the southwestern French city, some of them by jumping on them, a police source told the  French AFP news agency.

The student who was arrested was caught because he was injured while smashing the headstones. He stopped a passerby for help and the passerby called police, according to the report.

“At face value, this had nothing to do with anti-Semitism,” the police official said. The report did not quote the officer as proposing any other explanation for the vandalism.

The cemetery, which features many tombstones laid out horizontally in the Sephardic style as well as ones standing up at a 90-degree angle to the ground, dates back to the 18th century, by which time the Portuguese Jews in the city numbered some 327 families. The first arrived in the 16th century, when they fled the Church-led Inquisition campaign of persecution in Portugal and Spain.

In France, Jewish community organizations have in recent years protested over police’s handling of several crimes committed against Jews and Jewish institutions as ordinary cases of violence or vandalism. The protests were about cases where evidence suggested racist intent.