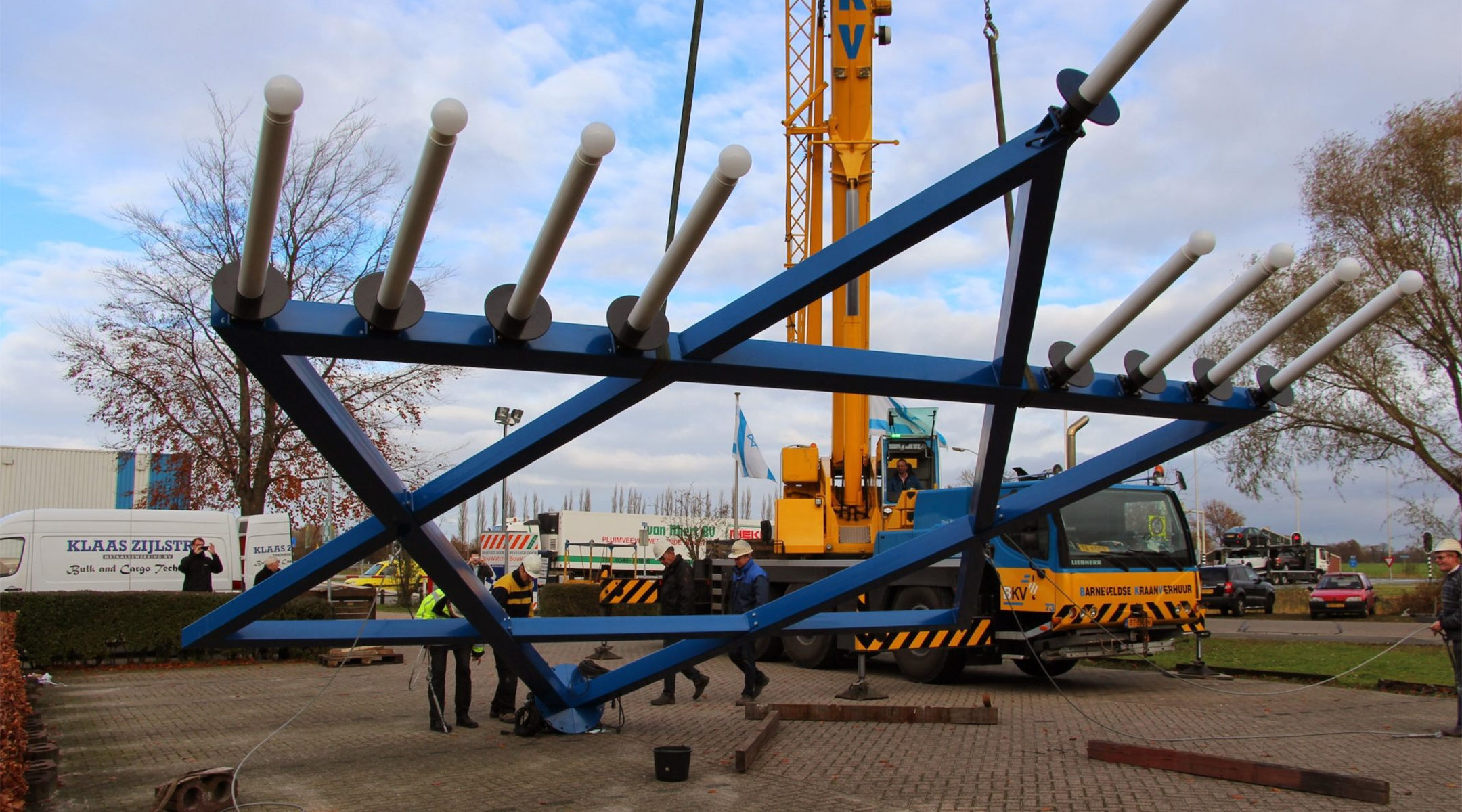 The 36-foot menorah was erected Sunday in Sderot, said Arjen Lont, the Christian Zionist philanthropist from the Netherlands who in 2013 donated about $40,000 to build the object.

Boasting a 6-ton base and a frame shaped like a Star of David, the Dutch menorah has featured in Hanukkah candle-lighting ceremonies organized across the kingdom over the past six years by the Christians for Israel group.

“After unspeakable suffering, the horrors of the Holocaust and most recently the attacks on Israel, Jews may feel they are alone,” Lont told the Jewish Telegraphic Agency shortly after the menorah was built. “This is our way of saying you are not alone, we are behind you.”

On Sunday, Lont wrote on Twitter: “Today, we set up the Hanukkah menorah in Sderot in Israel’s south. It is here to stay for good.”

In Sderot, the menorah was placed at the center of a traffic circle in a residential neighborhood. Its original oil lamps have been replaced with electric bulbs and it is anchored  by four 2-ton concrete cubes.

The official inauguration of the menorah will be on Dec. 17, five days before the first night of Hanukkah, in the presence of Dutch Chief Rabbi Binyomin Jacobs, Christians for Israel director Roger van Oordt wrote in a statement. Amid “constant threat from rockets, we want to bring the light of the Menorah,” he added.