Madonna can sing at Eurovision 2020 despite her Palestinian flag stunt, Rotterdam says 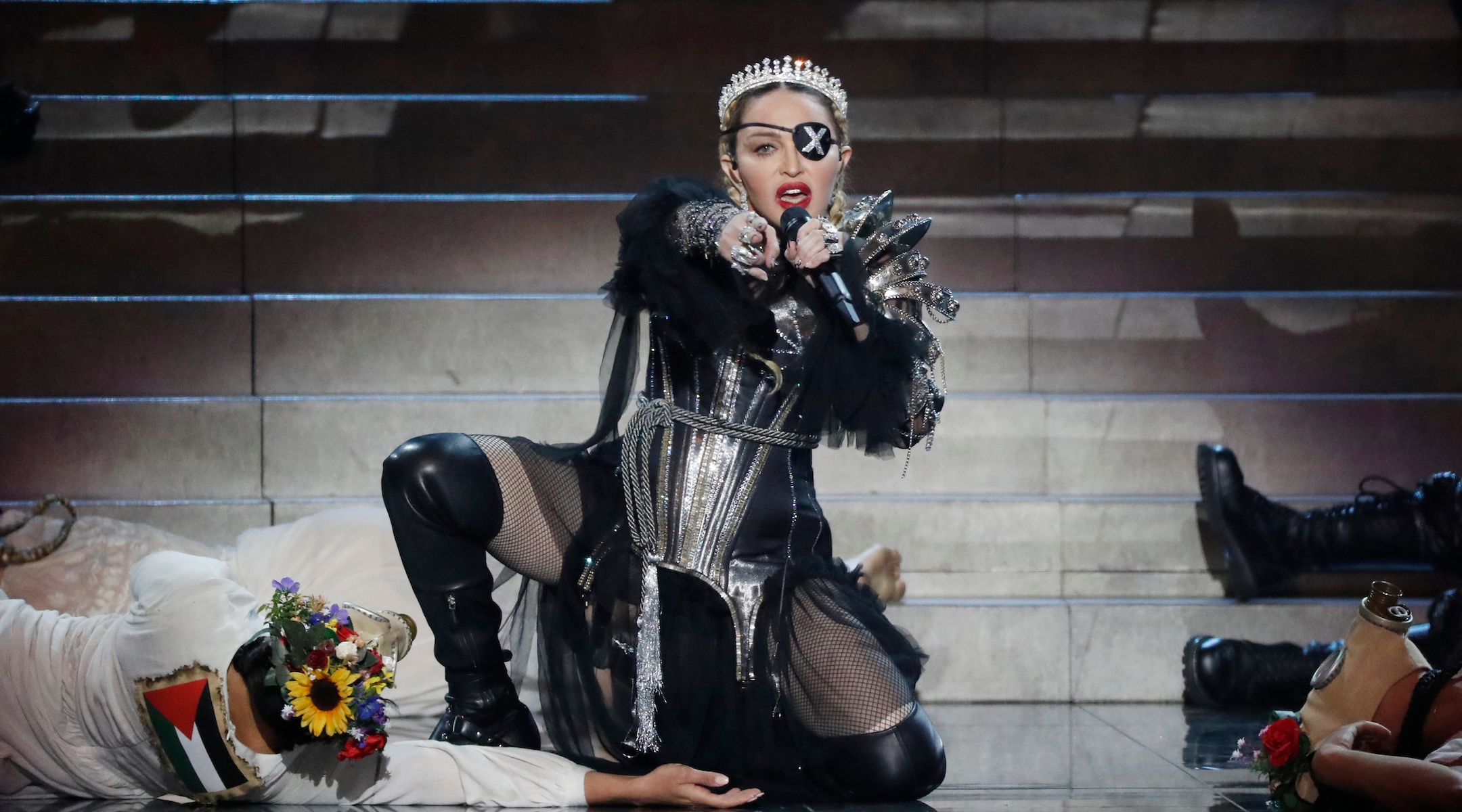 The Dutch city’s council voted down a motion to ban the pop star from the contest over her use of a Palestinian flag on stage in Israel at the competition in May. The motion was proposed by a member of the staunchly pro-Israel and anti-Muslim Party for Freedom.

Last week’s draft motion described the Palestinian flag as “a symbol for the rejection of Israel” and cited growing anti-Semitism in Rotterdam. It did not mention the fact that the singer’s performance in Tel Aviv also featured an Israeli flag.

Hidde van Koningsveld, the head of the pro-Israel CiJo group, noted the omission on Twitter  and called the draft motion “nonsensical.”

Of the City Council’s 45 members, 37 voted against the proposal by Maurice Meeuwissen, chairman of the Party for Freedom.

During Madonna’s performance in Tel Aviv, despite Eurovision’s policy banning political statements, dancers at one point wore Israeli and Palestinian flags. It was construed by many as a plea for peace.

The Netherlands won the 2019 contest and thus will host the 2020 edition, though organizers have not yet determined in which municipality.