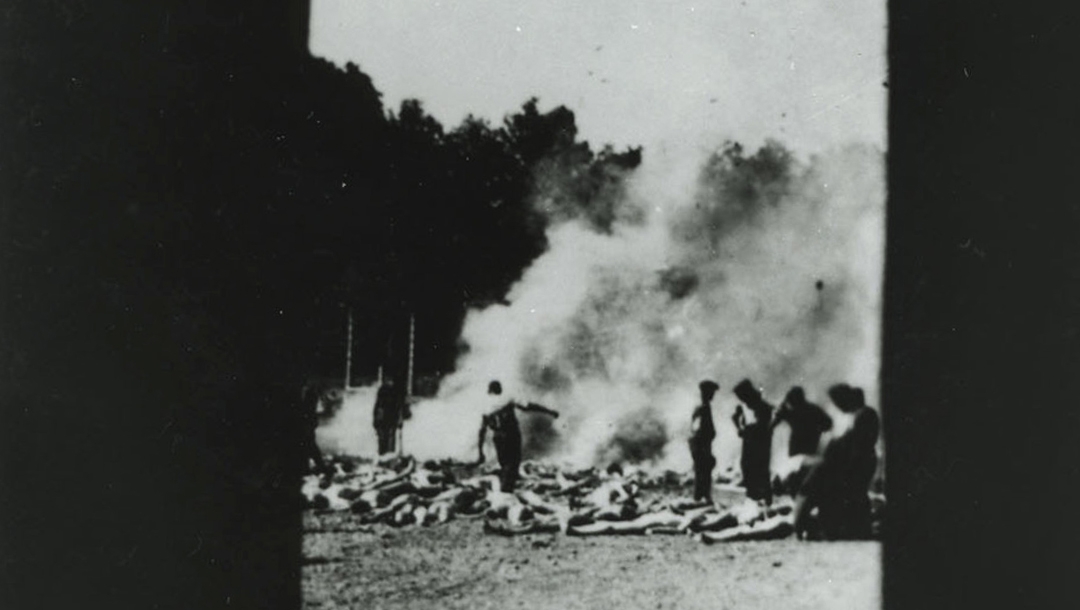 Bodies of murdered Jews from Hungary being burned at Auwschwitz in 1944. (Alberto Errera/Auschwitz Memorial and Museum)
Advertisement

AMSTERDAM (JTA) — Overruling its own curators, the Dutch national Holocaust museum left out of an exhibition photos taken at Auschwitz that it called shocking.

The removal of the four pictures from the museum’s newly opened exhibition on the persecution of Dutch Jews gained considerable media attention in the Netherlands, prompting a discussion on how and where to display graphic images of the genocide.

In a statement, the Jewish Cultural Quarter of Amsterdam, which comprises the National Holocaust Museum, rejected claims that it had censored the pictures. They were left out due to accuracy issues as they don’t depict Dutch Jews, who are the focus of the exhibition, the text said.

Curators Erik Somers and René Kok included the photos of bodies being burned in the “Persecution of Jews in Pictures” to show the purpose of the Holocaust, they told the Volkskrant daily, which reported Friday on the disagreement. One curator suggested to Volkskrant that the removal was due to the gruesome nature of the photos.

“The ultimate consequence, shocking as it may be, must be displayed” also because it is relevant to Dutch Jews’ fate,” the curator of the exhibition, which opened in January, told Volkskrant.

While two pictures of Dutch Jews from concentration camps were included in the exhibition, “the pictures that are not associated with Dutch Jews in any way were not displayed,” the statement said. The excluded photos of dead Hungarian Jews were taken at great personal risk by Alberto Errera, a Greek Jew who was murdered shortly after smuggling out the negatives.