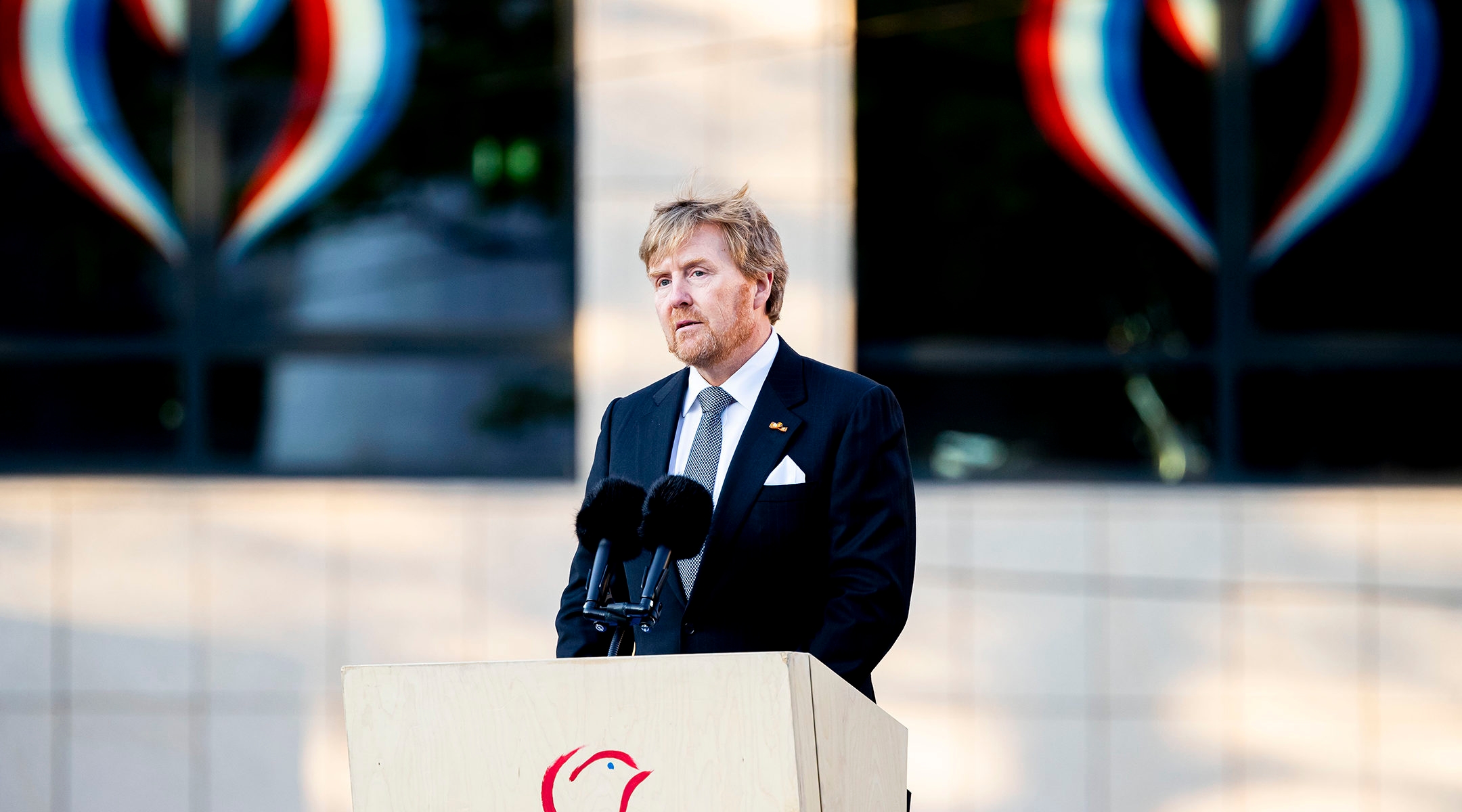 AMSTERDAM (JTA) — King Willem-Alexander of the Netherlands in a memorial day speech acknowledged his great-grandmother’s perceived indifference to the fate of Dutch Jews during the Holocaust.

The unprecedented public acknowledgment came Monday during the annual speech at the national memorial ceremony in Amsterdam for Dutch victims of armed conflicts during and after World War II. The king spoke there for the first time.

It concerned Queen Wilhelmina, whose reign ended in 1948. She referenced the persecution of Jews only three times in 48 radio speeches made during her exile in the United Kingdom — all in general terms and after mentioning other cruelties visited on the general population.

The Nazis and local collaborators murdered 75% of the Netherlands’ prewar Jewish population of 140,000 – the highest death rate in Nazi-occupied Western Europe. The community never replenished its numbers.

“Fellow human beings felt abandoned, insufficiently heard, insufficiently supported, even with words,” Willem-Alexander said at the ceremony. “Also from London by my great-grandmother, despite her steadfast resistance [to the Nazis.] It’s something that won’t let go of me,”

In January, Prime Minister Mark Rutte apologized for how his kingdom’s wartime government failed its Jews. His apology was the first by a sitting prime minister of the Netherlands and followed multiple pleas by Jewish community leaders for a mea culpa.

The Netherlands had a fierce resistance movement to the Nazi occupation and 5,778 Righteous Among the Nations, non-Jews who saved Jews from the Holocaust. It’s the second-highest number of saviors after the 6,992 rescuers in Poland, where 3.3 million Jews lived.