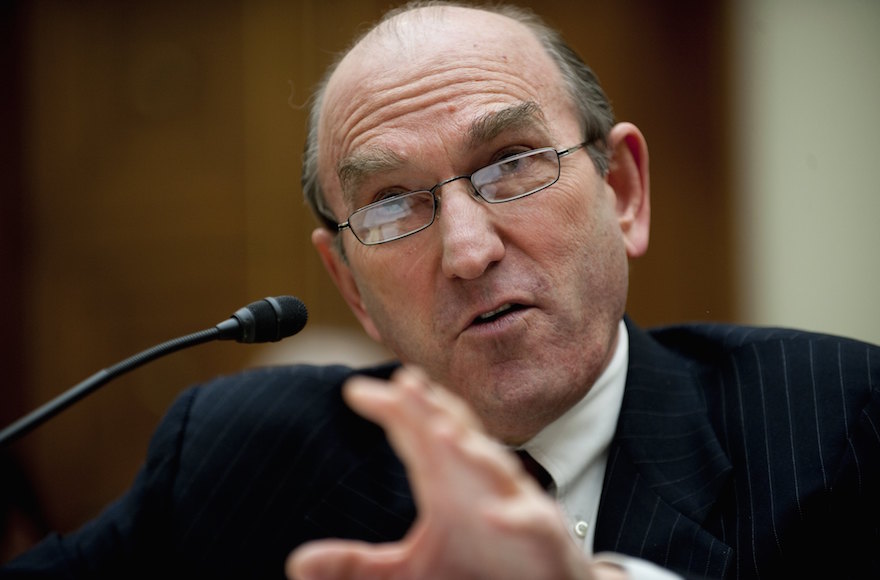 Pompeo called Abrams a “seasoned, principled, and tough-minded foreign policy veteran.” He said Abrams will be responsible “for all things related to our efforts to restore democracy in Venezuela.”

Abrams is a veteran of several Republican administrations in senior State Department and National Security Council positions. He is known for his closeness to the Israeli establishment and the pro-Israel community, and is close to Israeli Prime Minister Benjamin Netanyahu.

Under President Ronald Reagan, Abrams served as assistant secretary of state for human rights and humanitarian affairs and assistant secretary for inter-American affairs; and under President George W. Bush, he served on the National Security Council as the senior director for democracy, human rights, and international affairs; senior director for North African and Near East affairs; and deputy national security adviser for global democracy strategy.

At the beginning of his term, Trump decided against nominating Abrams as deputy secretary of state because of Abrams’ opposition to Trump’s nomination.

Venezuelan opposition leader Juan Guaido, the president of the National Assembly of Venezuela, on Jan. 23 declared himself the country’s interim president and called on President Nicolás Maduro to order new elections within eight days. Guaido, the United States, the European Union and other world leaders maintain that Maduro’s re-election last year was fraudulent. The country’s military remains loyal to Maduro, however.