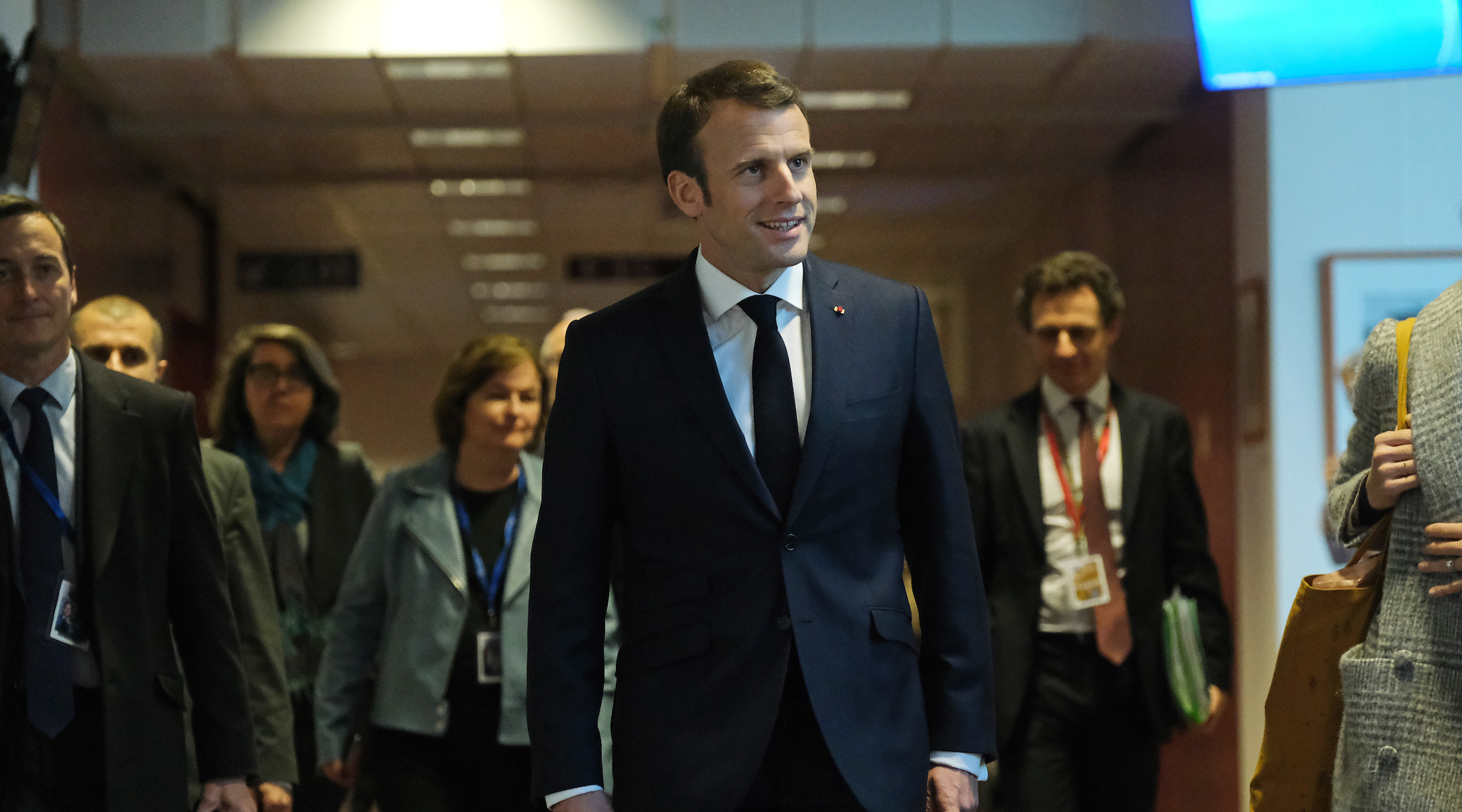 Lapid, whose Blue and White party is neck and neck in the polls with Prime Minister Benjamin Netanyahu’s Likud, landed in the French capital on Friday for the meeting. Reporters were not invited to attend the exchange.

Israel’s Channel 2 suggested the meeting was a move initiated by Macron to “help Lapid win the elections” on Tuesday.

Lapid’s staff told the television channel only that the politician would discuss with Macron “the Middle East, the Iranian threat and the war on anti-Semitism in Europe.”

Lapid endorsed Macron when the French centrist politician was running for election in 2017. But last year, Lapid posted a picture of himself wearing a yellow vest in solidarity with the wave of anti-Macron protests that has swept France.

Macron has hosted Netanyahu several times, including at a Holocaust commemoration rally, treating the prime minister far more amicably than his predecessors. Macron called Netanyahu by his nickname, Bibi, during a 2017 visit and said he was a “dear friend.”

Netanyahu in recent weeks has visited Washington, D.C., for a meeting with President Donald Trump. Some have said Trump with the meeting and in other ways is attempting to help Netanyahu win the election.

An average of nine polls from this week shows Lapid and Benny Gantz’s Blue and White winning 31 seats in the parliament to 27 for Likud. But it also gives the rightist bloc of parties that has pledged to form a governing coalition with Netanyahu instead of Gantz a majority of 64 seats in the 120-member Knesset.