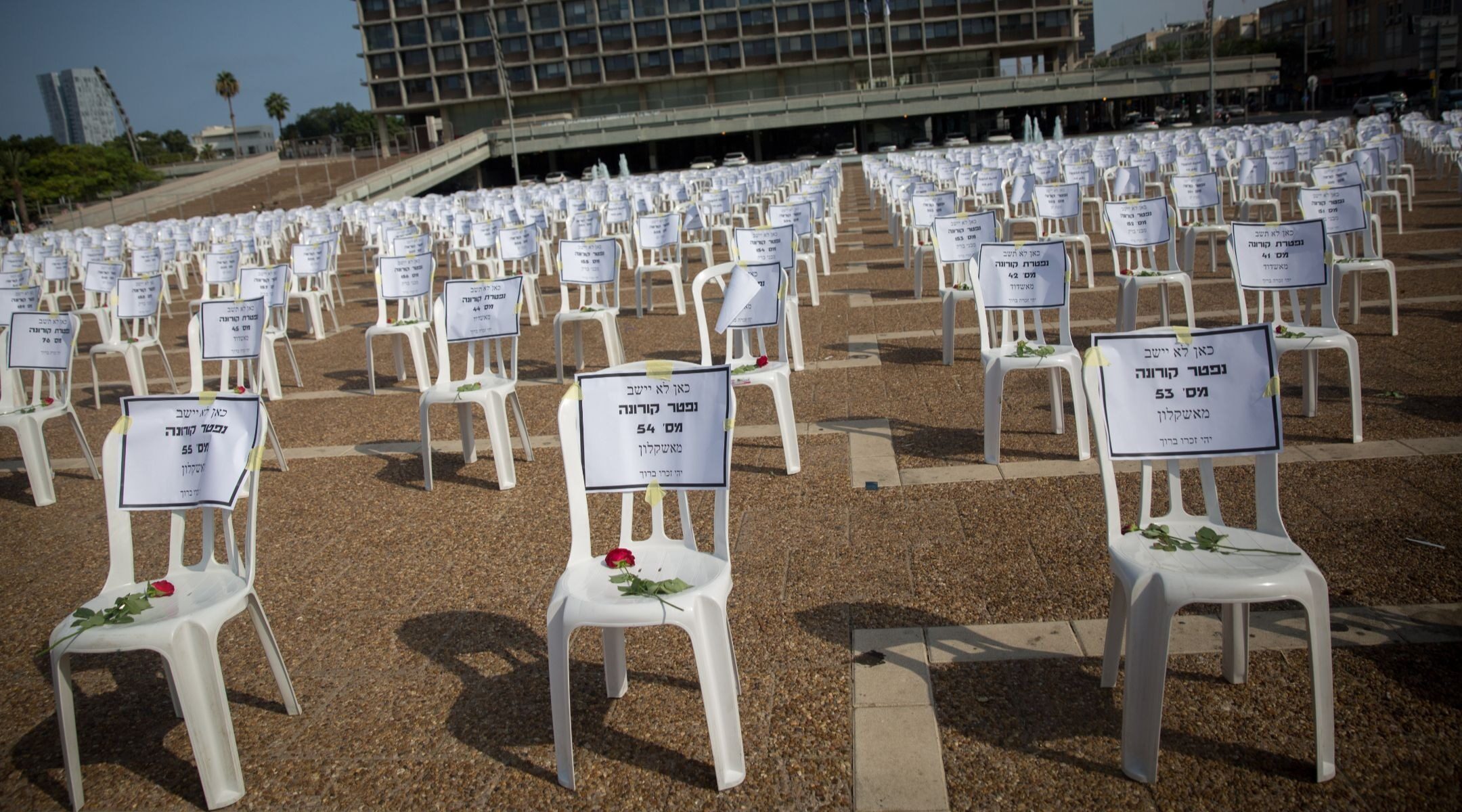 Some of the 1,019 chairs commemorating the Israeli deaths from the coronavirus set up in Rabin Square in Tel Aviv on Sept. 7, 2020. (Miriam Alster/Flash90)
Advertisement

(JTA) — The display was striking: 1,019 empty plastic chairs set up in Rabin Square in Tel Aviv, one for each of the Israeli victims of the coronavirus since the pandemic began this spring.

The chairs, set up on Monday by the grassroots organization Standing Together, each bore a sign with the name of a person who has died. A single rose was placed on each chair.

Meanwhile, the newspaper Yediot Ahronot covered its front page Sunday with the names of the country’s dead, in a design reminiscent of the New York Times cover from when the United States passed the 100,000-death threshhold.

The demonstration came as political tensions stymie Israel’s efforts to get the spread of the disease under control. The country passed the 1,000-death threshold this weekend, and the world’s highest infection rate means more deaths are sure to come.

Yet the government failed for a second day Monday to approve a list of cities and towns to be placed under curfew, which had been scheduled for some of the 40 cities and towns designated as “red” because of their high infection rates. While the mayors of some Arab towns reportedly said they welcomed the curfews, mayors of haredi Orthodox towns told Prime Minister Benjamin Netanyahu that they would not cooperate with the curfews, throwing the plans into disarray.

On Monday, the Health Ministry said the curfews would be delayed until Tuesday, and the list of communities affected by the 7 p.m. to 5 a.m. curfew would be released later on Monday, the Kan national broadcaster reported.

Meanwhile, Israel’s coronavirus czar Ronni Gamzu apologized to prominent haredi Orthodox leader Rabbi Chaim Kanievsky for criticizing him after a haredi publication reported that he instructed post-high school yeshivas to refrain from giving coronavirus tests to avoid being closed down.

The rabbi had said that students who had been in quarantine for two weeks and had already been tested did not need to be tested again, in accordance with Health Ministry requirements. 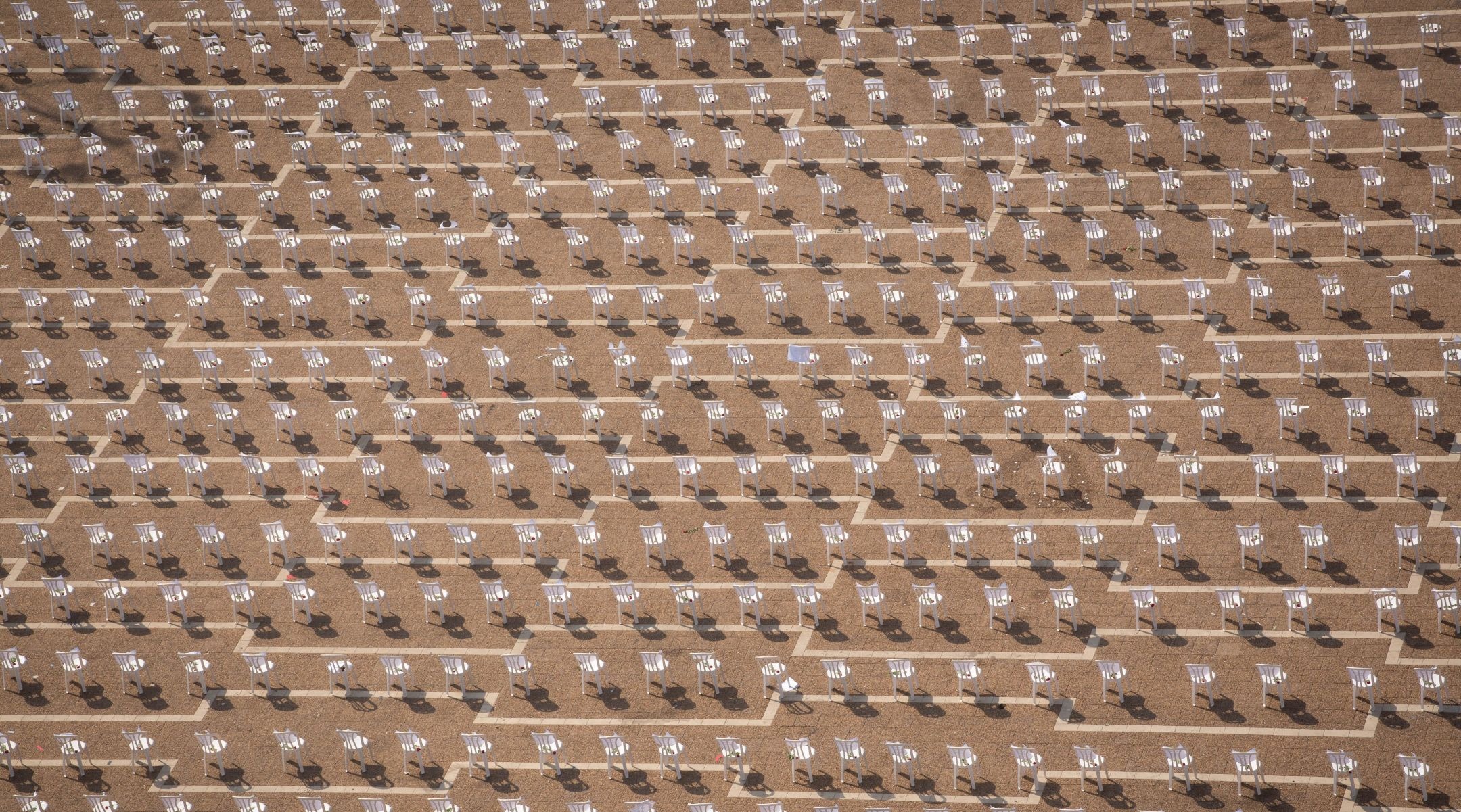 Some of the 1,019 chairs commemorating the Israeli deaths from the coronavirus set up in Rabin Square in Tel Aviv on Sept. 7, 2020. (Miriam Alster/Flash90)