European synagogues keep on their lights to mark 1938 Kristallnacht pogroms 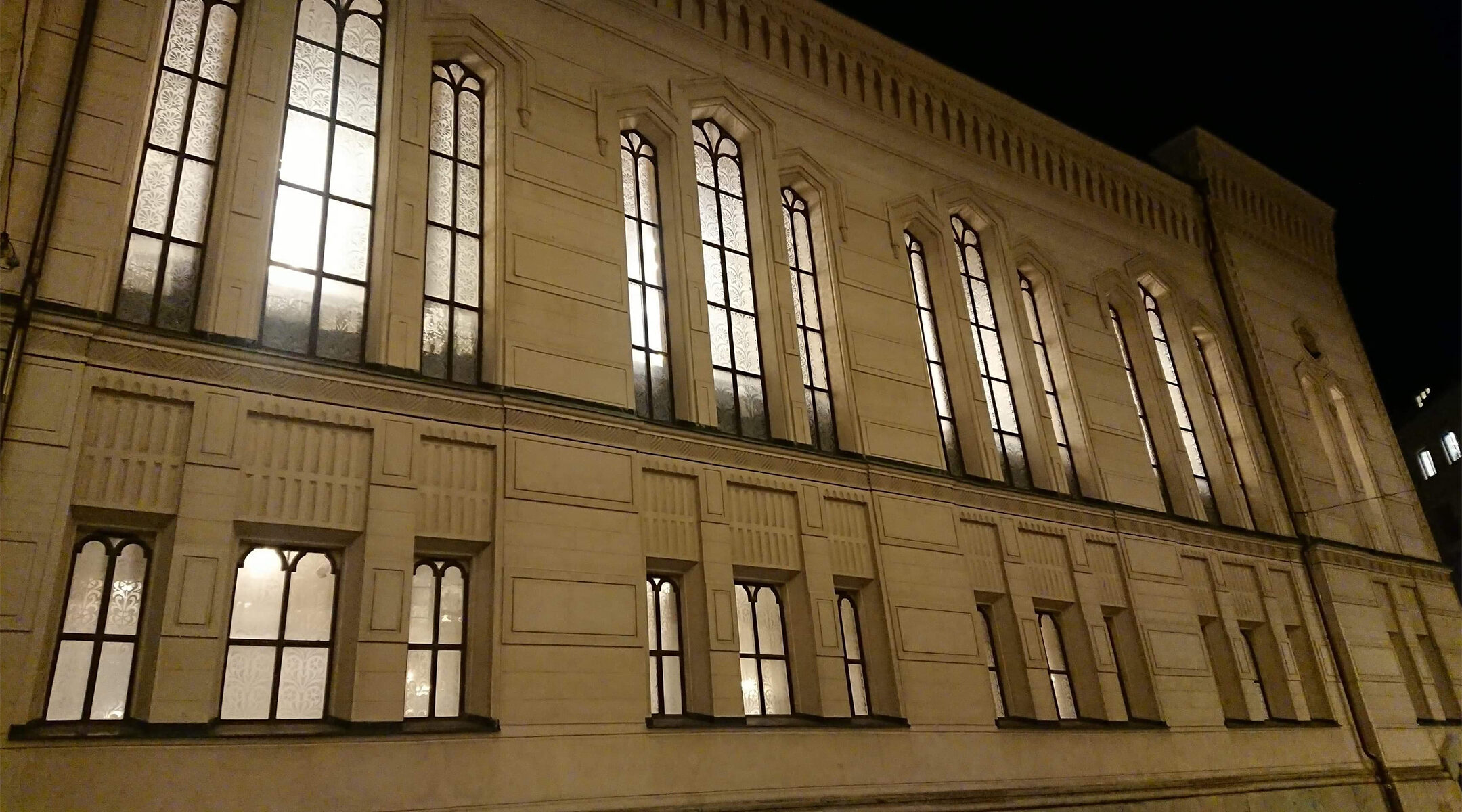 All the lights are on at the Great Synagogue of Stockholm, Nov. 9, 2020. (Ute Steyer)
Advertisement

AMSTERDAM (JTA) — European synagogues kept their lights on Monday night as part of a campaign that commemorates the 82th anniversary of the Nazi Kristallnacht pogroms.

Titled “Light Up the Synagogue” and “Let There Be Light,” the lighting initiatives came from the World Zionist Organization’s Center for Religious Affairs in the Diaspora and the March of the Living organization, respectively. “Leave the lights on to commemorate the ones that were extinguished on that fateful night, and the light they emit will shine to a distance,” the WZO statement on the campaign read.

On Nov. 9, 1938, Nazis in Germany and Austria unleashed pogroms that killed dozens and wounded thousands following the assassination of a German diplomat by a Jewish gunman.

Many scholars consider it a watershed moment in the history of the Holocaust because it was the first large-scale wave of physical violence directed by the Nazis against Jews.

“The reason Kristallnacht led to the Holocaust was the lack of serious action by world leaders” during the event and afterward, Chief Rabbi Yaakov Dov Bleich of Ukraine wrote Monday on Facebook. His Great Choral Synagogue in Kyiv had its beautiful neo-Moorish façade lit up and glass-stained windows glowing. “The light that streams out lights up even the darkest evenings,” Aron Verstandig, chairman of the Official Council of Swedish Jewish Communities, wrote on Facebook.