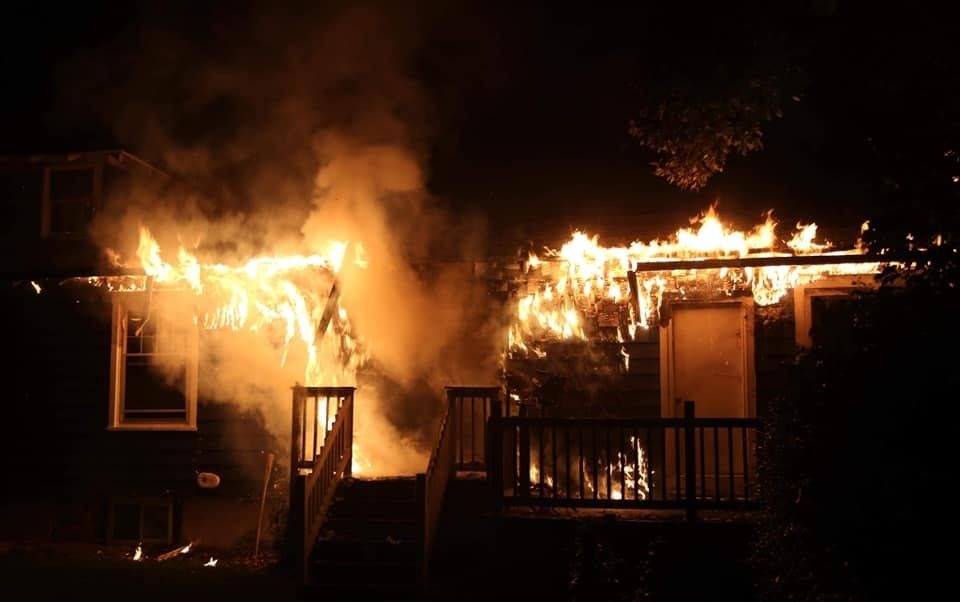 The Aug. 25, 2020 fire at the Chabad Center at the University of Delaware has been ruled an arson. (Dave Wilson/ Aetna Hose, Hook & Ladder Company)
Advertisement

(JTA) — Arson was the cause of a fire at the Chabad center at the University of Delaware, the state’s fire marshal has ruled.

Assistant State Fire Marshal Michael Chionchio said Wednesday that investigators have found “no indication of a hate crime,” and that the fire marshal’s office is “exploring all avenues,” the Wilmington News Journal reported. A criminal investigation has been opened.

A group of students calling themselves Students of Chabad UD launched a GoFundMe campaign to help rebuild the campus Chabad. As of early Thursday morning the students had raised more than $25,000 from at least 641 donors.

“Chabad at UD is a home away from home for many Jewish students at the University of Delaware. Each week they open their doors, for Shabbat dinners and other programs such as holidays, celebrations, and learning opportunities,” the students wrote. “This campaign is being run by the students of Chabad, it is the least we can do to kickstart the larger campaign that will be rolled out shortly.”

Classes at the university are scheduled to start next week.

“It is heartbreaking to learn the fire at the Chabad Center was set intentionally,” Newark Mayor Jerry Clifton said in a statement. “This is a sickening act of hostility that threatens the safety and security of our inclusive, welcoming neighborhoods. My thoughts are with the Jewish community and those affected by this tragedy.”

It required 45 firefighters, including from neighboring fire companies, to bring the fire under control, according to local media reports.

The Chabad Jewish Center in Portland, Oregon, caught fire twice last week, though the cause of the blazes is still unknown.