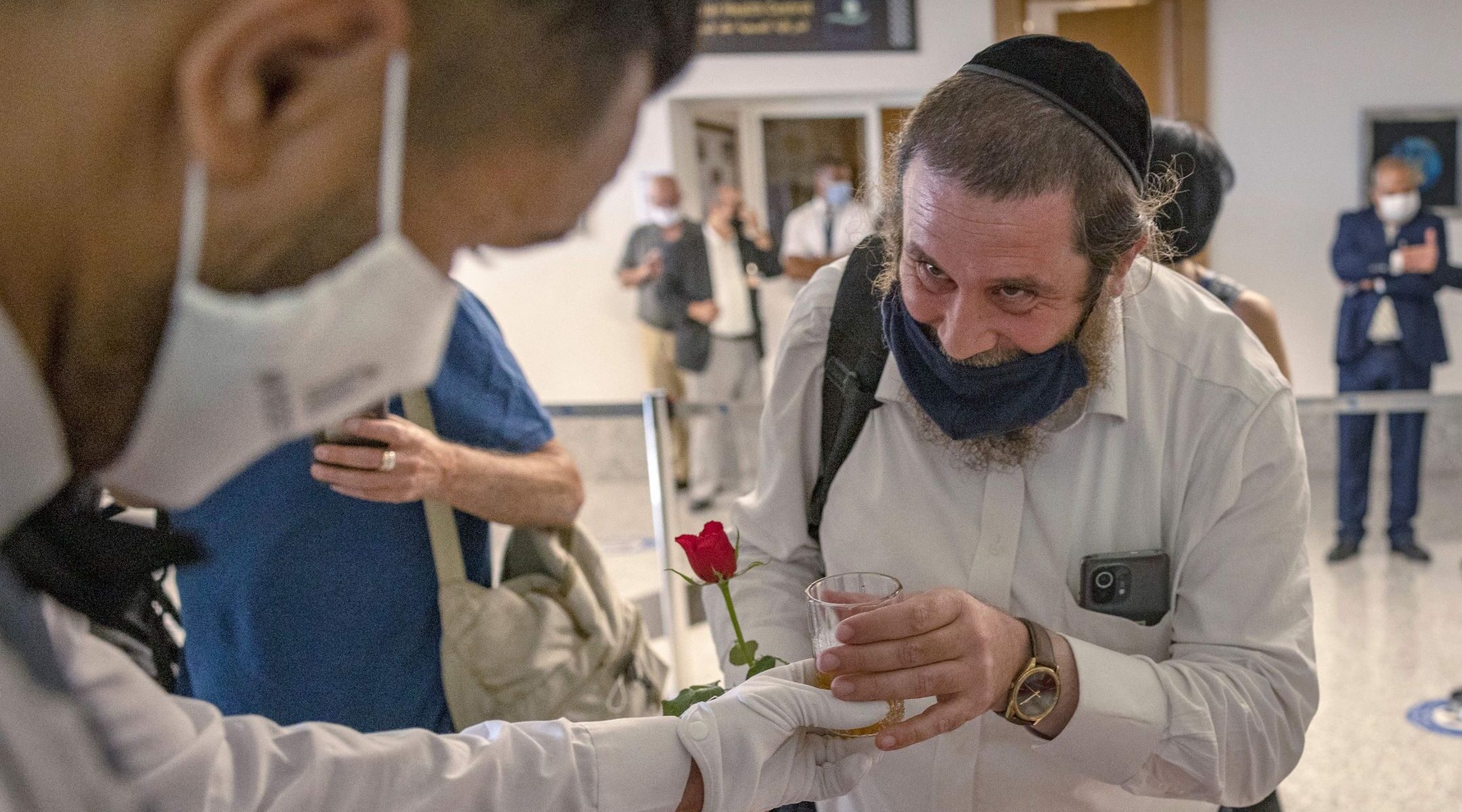 Israeli tourists receive a rose and a welcome beverage upon arrival at Marrakech-Menara International Airport after taking the first commercial flight between Morocco and Israel, on July 25, 2021. (Fadel Senna/AFP via Getty Images)
Advertisement

(JTA) — Two Israeli airlines have started what looks like a beautiful friendship with Morocco.

Israir and El Al flights from Tel Aviv landed in Marrakesh on Sunday, Agence France Presse reported. The debut flights to Morocco are an outcome of the normalization agreements between Israel and four Arab states.

Israelis, many of Moroccan descent, have routinely traveled to Morocco since the relaxation of restrictions in the 1990s, but via third countries. There have been a handful of direct flights having to do with affairs of state.

The direct flights are a result of the Abraham Accords, the normalization agreements brokered last year by the Trump administration between Israel and Morocco as well as Sudan, the United Arab Emirates and Bahrain. Sustaining and expanding the accords is one of the few areas of foreign policy agreement between the Trump and Biden administrations.

Pinhas Moyal, who arrived on the Israir flight, descended wearing a mask and carrying a bag in the Moroccan colors.

“I am originally from Marrakesh,” he said. “I’ve come back here around 30 times, but this time, the trip has a special flavor. It’s as if it were the first time!”