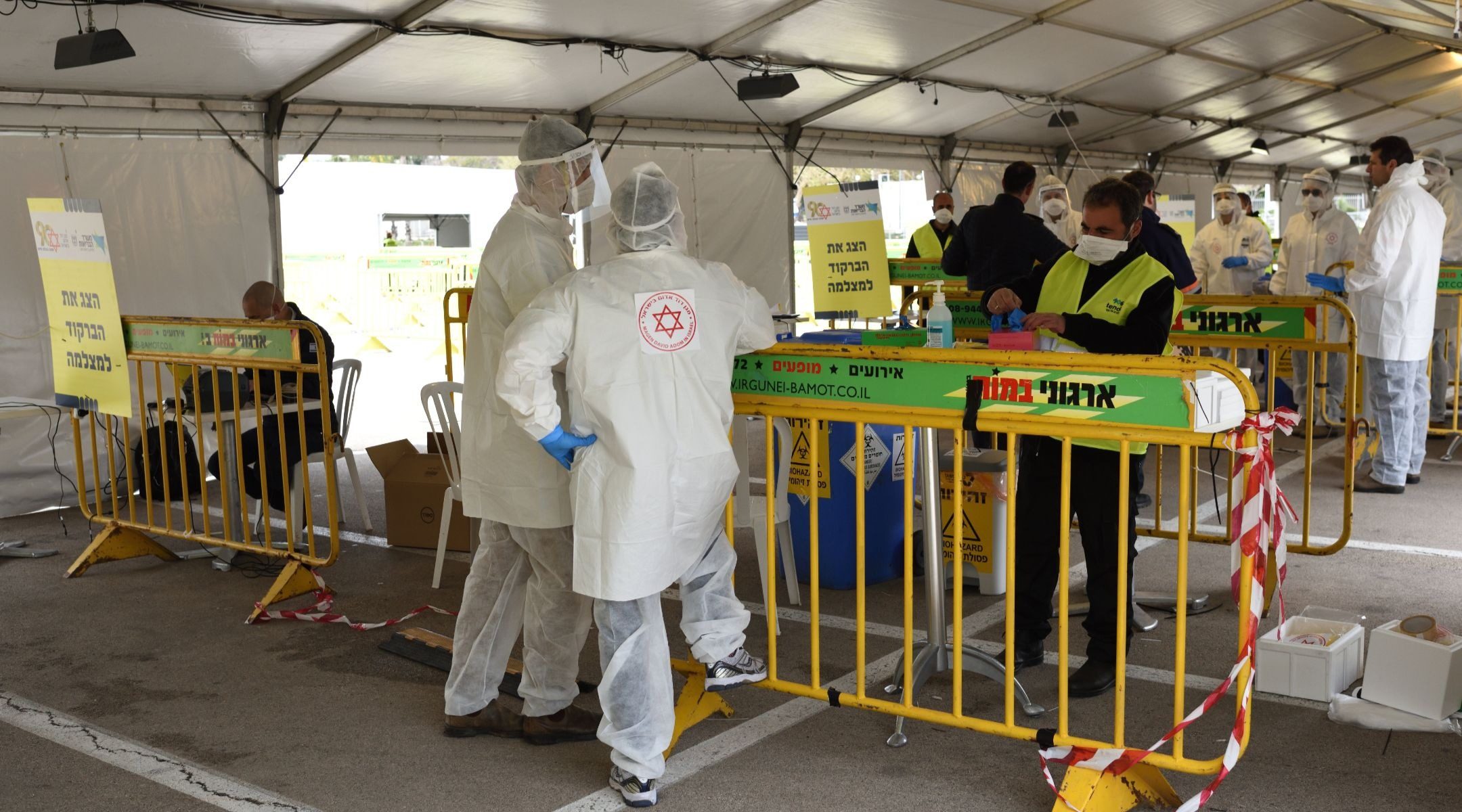 (JTA) — Arie Even, the first Israeli to die from the coronavirus, was buried in the dead of night with mourners standing six feet apart and funeral workers wearing Hazmat gear.

Even, 88, a native of Hungary who survived the Holocaust, was a retired Israeli diplomat. He died Friday at Shaarei Tzedek hospital in Jerusalem and was buried in the wee hours of Sunday in Jerusalem. As of Monday he is the only Israeli to die of the pandemic.

Even was predeceased by his wife, Yona, of half a century. She died in 2012.

Only one of his four adult children could attend his funeral because of coronavirus-related issues.

The Times of Israel reported that only 20 people were permitted to attend and kept the required “social distance,” two meters, or six feet, and that volunteers from the chevra kadisha, the funeral society, wore full Hazmat outfits.

None of his four children or 18 grandchildren were permitted to visit him as he lay dying in isolation, the Los Angeles Times reported.

Nearly 1,500 Israelis have tested positive for the coronavirus.