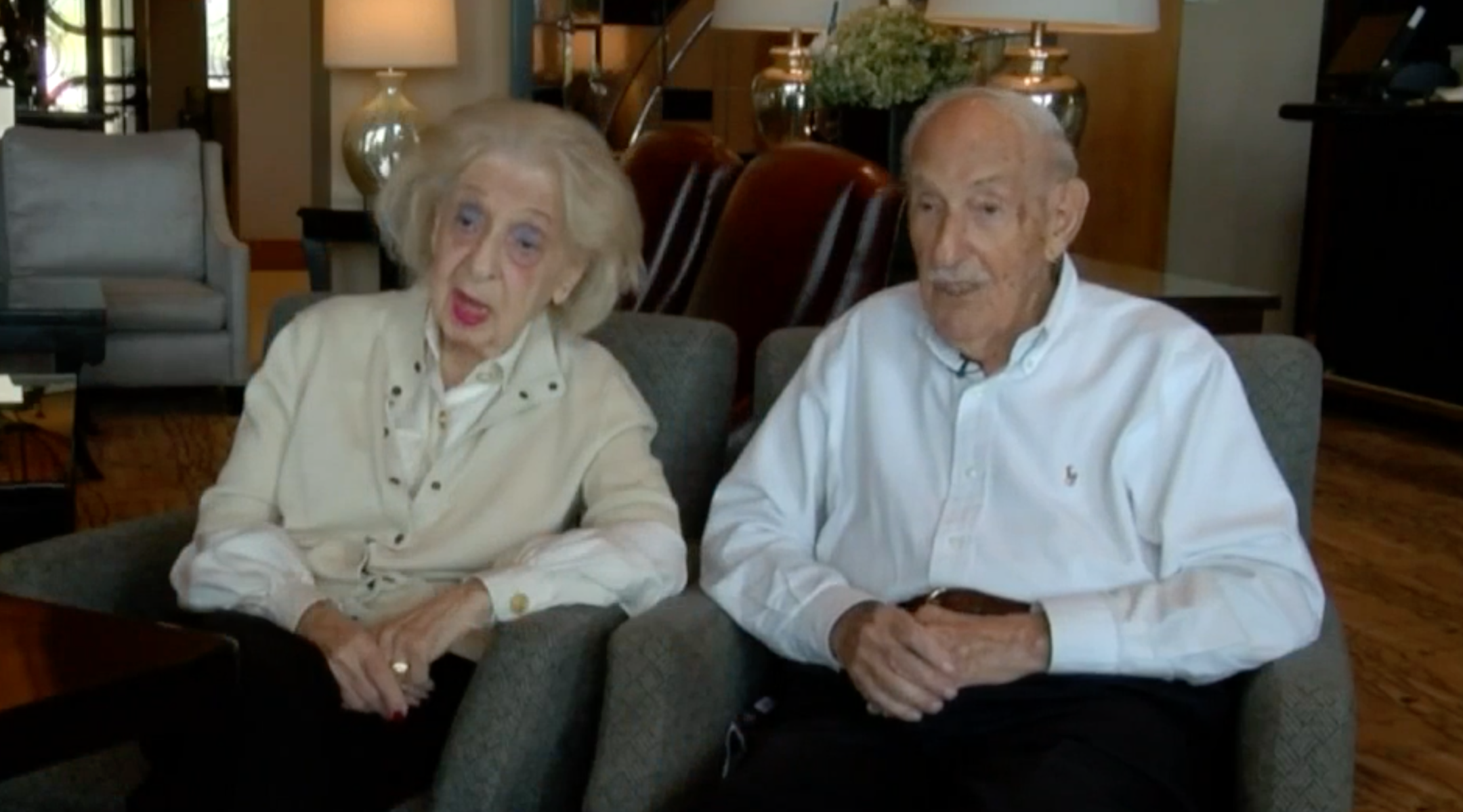 (JTA) — Now for some happy news. A Jewish couple in Florida is celebrating two hefty milestones together this year: 100 years of life, and 80 years of marriage.

Lou and Edith Bluefeld, of Boca Raton, have known each other since they were 16. They ran a kosher catering business that served visiting U.S. presidents and helped to kosher the White House kitchen. They also cooked for former Israeli Prime Minister Menachem Begin when he was in Washington, D.C., for the 1978 Egypt peace accord announcement, according to a South Florida Sun-Sentinel report.

Lou turned 100 on Saturday, and Edith hits the number on Aug. 4, NBC’s WPTV reported. Their 80th wedding anniversary is Feb. 23.

Their plan is to celebrate with their children and grandchildren later in the year if the family has all received the COVID-19 vaccine.

The Bluefelds also spoke to WPTV about their experience watching last Wednesday’s mob attack on the Capitol building.

“It shook me,” Lou said. “It was such an embarrassment.”

“What are the history books going to say?” Edith said.

Lou said that he hopes the country can unify the way it did in the wake of the Pearl Harbor attack.

“There’s Republicans and there’s Democrats, but really we’re Americans, and that’s what we have to get back to,” he said.