Following Theresa May’s resignation, British Jews thank her for being a ‘true friend’ 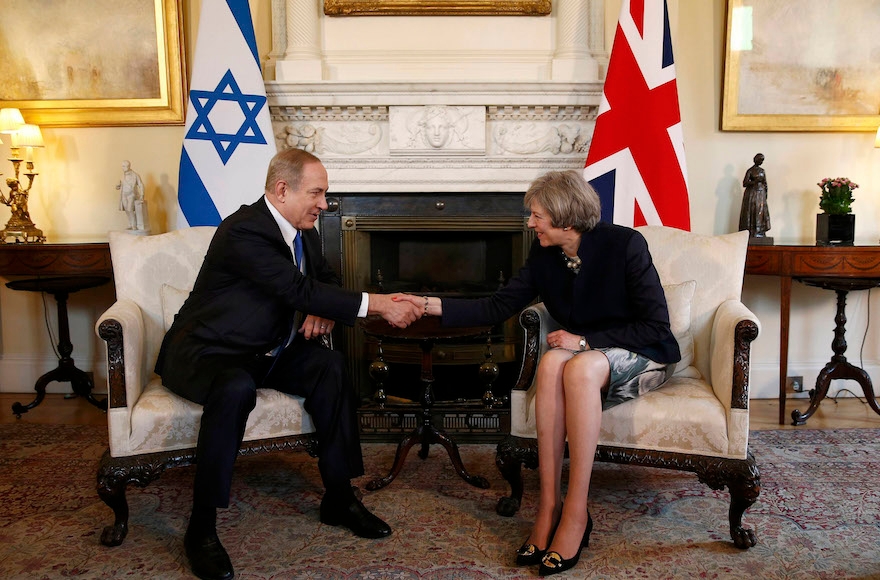 (JTA) — British Jews thanked Prime Minister Theresa May for being a “true friend” to their community following her announcement Friday that she is stepping down.

May said she will step down as Conservative Party leader on June 7 after failing to convince lawmakers to support her Brexit deal.

“We sincerely thank Theresa May for being a true friend to the Jewish community during her time in office,” the president of the Board of Deputies of British Jews, Marie van der Zyl, wrote in a statement.

Focusing on May’s record on issues close to the heart of British Jews specifically, van der Zyl recalled that her “government has adopted the IHRA definition of antisemitism; marked the Balfour Centenary with pride; banned the terror organization Hezbollah; increased security funding,” and opposed “anti-Israel bias at the UN Human Rights Council,” among other policies.

May said in a statement outside her Downing Street residence: “It is and will always remain a matter of deep regret to me that I have not been able to deliver Brexit.”

The departure of May, who will become one of Britain’s shortest-serving post-World War II prime ministers, follows a fresh revolt to her latest Brexit plan this week among Cabinet colleagues and lawmakers.

A member of the Conservative Party is expected to succeed May. Supporters of the United Kingdom’s departure from the European Union have criticized May for elements in her deal for the split that they say compromises British sovereignty.