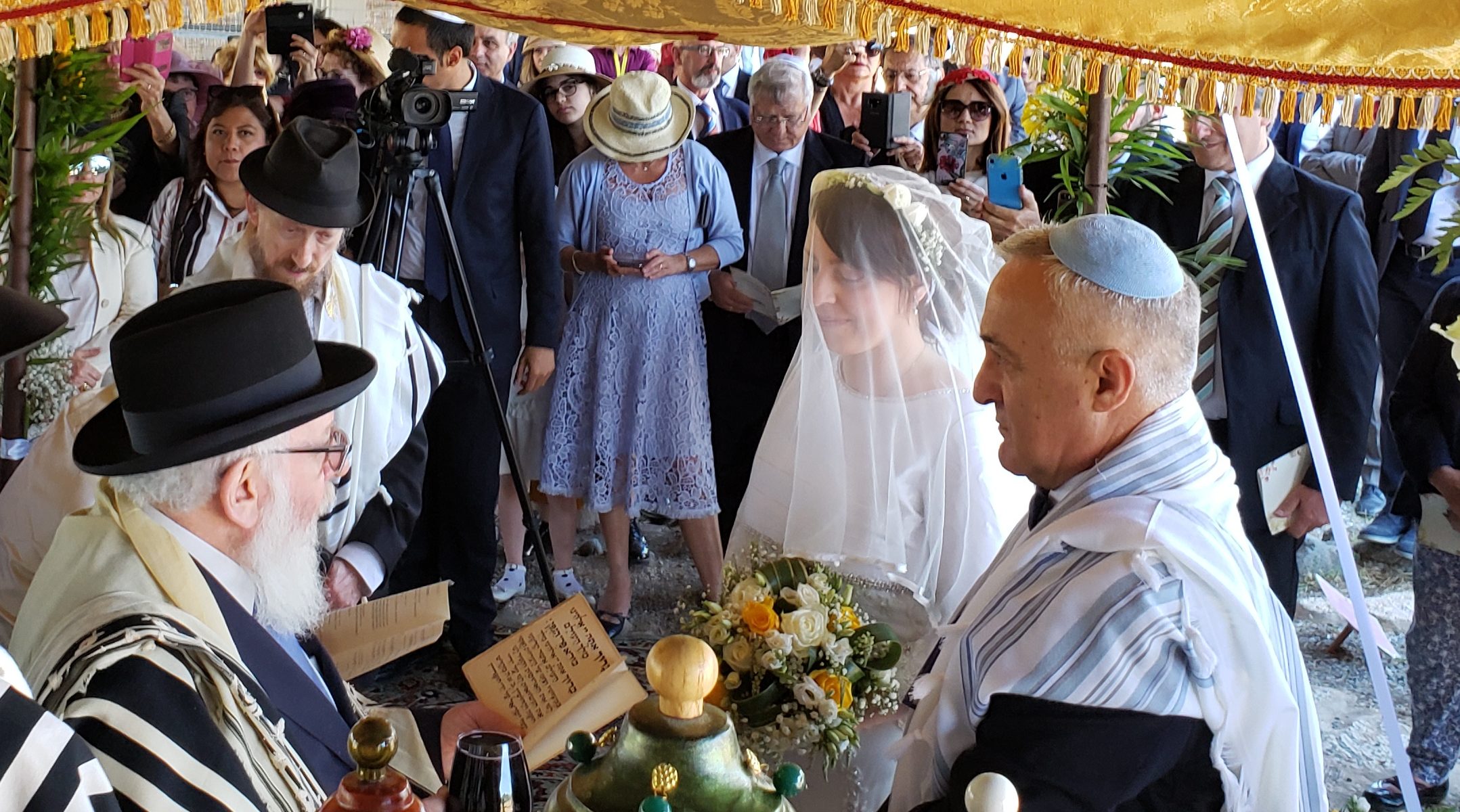 Roque Pugliese and Ivana Pezzoli getting married at the Bova Marina Synagogue in Calabria, Italy on June 4, 2019. (Photo courtesy of Shavei Israel)
Advertisement

(JTA) — An Italian couple whose ancestors were forced to hide their faith got married atop the ruins of an ancient synagogue, giving the site its first Jewish wedding in centuries.

Roque Pugliese and Ivana Pezzoli tied the knot earlier this week in the presence of about 100 guests, including leaders of Italian Jewry, at the Bova Marina Synagogue in the southern region of Calabria.

Rabbi Umberto Piperno, the former Chief Rabbi of Naples, officiated at the Orthodox Jewish wedding of the couple. Both bride and groom have traced their lineage to anusim – people who had had to conceal their Judaism or practice secretly amid persecution in previous centuries.

The couple, both medical doctors, met at the hospital where they work.

“It was incredibly moving to see a Jewish couple united at the very spot where Judaism for a long time almost ceased to exist,” said Michael Freund, the founder of the Shavei Israel group, which helps descendants of anusim, among others, find their way back to Judaism.

Dozens of descendants of anusim came to the Bova Marina archaeological site, where elements of the synagogue were unearthed during construction work in the 1980s. Featuring several Jewish symbols including an etrog — the citrus fruit which Calabria farmers today grow and export to Jews around the world ahead of Sukkoth — the decorations discovered at Bova Marina are dated to somewhere between the 4th century and the 6th one, when the synagogue became disused.

In attendance were dozens of descendants of anusim, as well as Noemi Di Segni, president of the Union of Italian Jewish Communities, or UCEI.