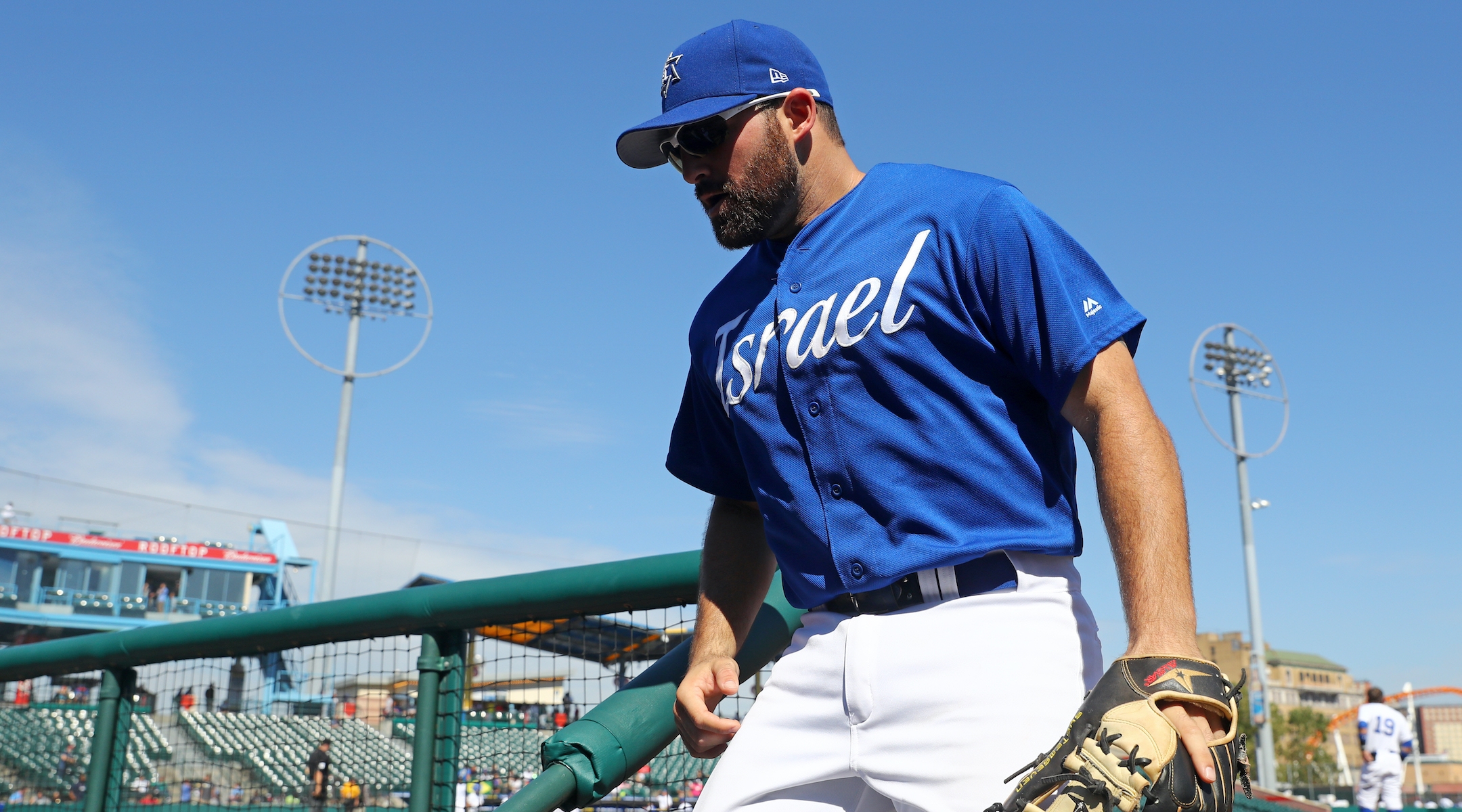 (JTA) – Former pro baseball player Cody Decker said that anti-Semitism is “rampant throughout baseball” and that an Oakland Athletics coach should be suspended for making a Nazi salute after a game.

Decker, who played briefly for the San Diego Padres and for Israel’s national team in the World Baseball Classic, spoke candidly on the topic with TMZ Sports on Saturday. He detailed several instances over the course of his career in which he was singled out for being Jewish and called Jewish slurs by fans and teammates.

Decker said that while playing a minor league game against the Frisco Rough Riders in Texas, several members of the opposing team called him and fellow Jewish teammate Nate Freiman “kikes.” He also said he was fired from a team the day after being called into a coach’s office to “explain my Judaism to him because he was born again Christian.”

And in 2012, Decker said he was at a bar with teammates when a group of girls asked him to leave the table when they found out he was Jewish.

The talk was spurred by a recent incident involving Oakland A’s bench coach Ryan Christenson, who was widely criticized for making a Nazi salute — he claims “unintentionally” — after a recent game against the Texas Rangers.

“In the world today of Covid, I adapted our elbow bump, which we do after wins, to create some distance with the players,” Christenson said in a statement last week. “My gesture unintentionally resulted in a racist and horrible salute that I do not believe in. What I did is unacceptable and I deeply apologize.”

Decker said he accepted Christenson’s apology but that he should be educated on the issue and suspended nonetheless.

Decker took issue with the A’s response for saying it “looked like a Nazi salute.”

“No, he did a Nazi salute. He did a Nazi salute twice,” Decker said. “Let’s not sugarcoat around it … I really, really despise their response. I hate every half-measure response Major League Baseball always makes.”