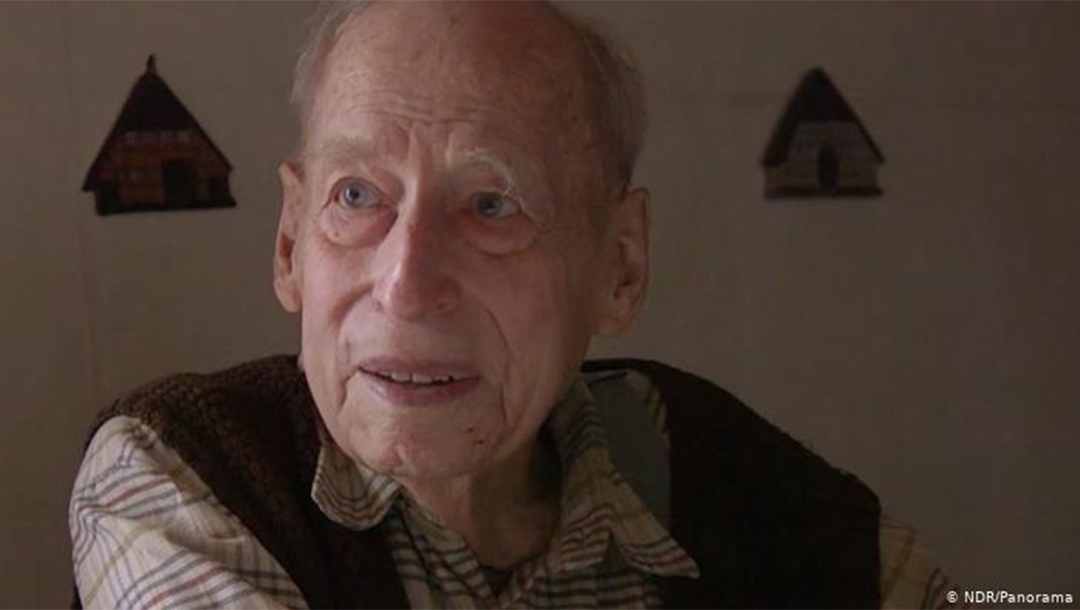 Karl Munter during a secretly-filmed interview in which he denied the Holocaust in 2018. (NRD/Panorama)
Advertisement

(JTA) — A former Nazi SS soldier was charged with denying the Holocaust in Germany.

Karl Munter, 96, was indicted in the German state of Lower Saxony on Wednesday for questioning the extent of the Holocaust and offensive comments he made about the victims of a massacre of civilians in France during World War II, Deutche Welle reported.

He admitted last year in an secretly-taped interview with German TV broadcaster ARD to being part of an SS troop that massacred 86 villagers in the town of Villeneuve-d’Ascq in northern France in April 1944. He denied shooting at the victims, some of whom were as young as 15.

But prosecutors charged him with hate speech and slandering the memory of the deceased by claiming that the Ascq victims were responsible for their own deaths and separately questioning whether the Nazis had killed six million Jews during the Holocaust.

Denying or belittling the Holocaust is a crime in Germany.

Munter will not be charged for his participation in the massacre of Ascq villagers, after it was ruled he could not be found guilty of the same crime twice. The former soldier was convicted in abstentia by a French court in 1949 for his role in the mass slaughter. Both Munter and his commander, Walter Hauck, were sentenced to death after World War IIwar by the French military court but were later pardoned.

He could face five years in jail if convicted. Multiple ex-SS soldiers have faced trial in recent years over their actions during the Nazi era.